The political factors in the Sainsbury’s PESTLE Analysis can be explained as follows:

Sainsbury’s is the second largest super market store in United Kingdom. Since Sainsbury’s mainly operates in U.K., it is not going to be affected by the economic slowdown in other nations. But since U.K. has exited from the European Union, it will have certain consequences on Sainsbury’s business. Inflation rates got high after U.K’s exit and also the Great Britain Pound hits it all time low which further caused decline in customer expenditure. Hence, decreasing the supermarket sales in U.K. Although it looks like the effects will be short term in nature. 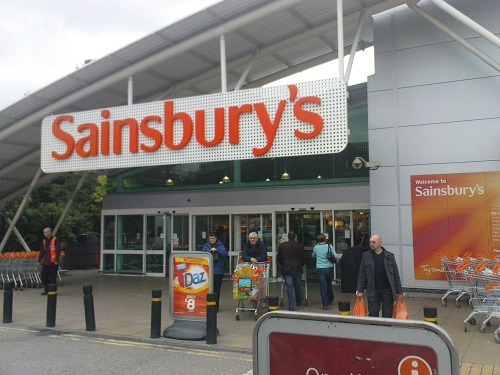 Below are the economic factors in the PESTLE Analysis of Sainsbury’s:

With Inflation rates getting high and income growth rate remaining more or less the same; the demand for purchasing goods from super markets stores will be decreased.

Rather than doing a hefty spending at once people are choosing to spend wisely and go to the retail store only at the time of the need. Also, U.K. is witnessing an economic stagnation for quite a sometime; so this can be a blessing in disguise for Sainsbury’s to invest in developing markets whose economy is growing at a much faster pace than the average global economic growth. Investing in countries with good Economic freedom can be a good option for Sainsbury’s as it has been observed that countries with more economic freedom have generally have more avenues for growth.

Today’s customer aspires to shop from a super market like Sainsbury's than shop from the local retail stores because of the fact that super markets provide customers all goods under one roof. Also, super markets generally come out with special schemes which provide customers with certain discount benefits. So, this provides the customer a level of satisfaction of saving few bucks. In super markets like Sainsbury's, customers tend to buy more than what they had required previously. This is because of the element of surprise of seeing a new and unexpected product that people tend to buy things.

The technological factors in the PESTLE Analysis of Sainsbury’s are mentioned below:

Sainsbury’s has been able to provide the latest technology from its vehicles. Lately, Sainsbury’s has come up with an option of selling online food and the option of collecting their purchases from the local stores.

Advancements in the technology can decrease the overall cost of production of the product.

Following are the legal factors in the Sainsbury’s PESTLE Analysis:

With the introduction of new “Sugar – tax” in United Kingdom, the company needs to modify its products to deny those taxes and save some money. Rules were laid down stopping Sainsbury’s to stop promoting its High-fat, salt and sugar foods to the children below 16 years of age. This leaves a less room for Sainsbury’s to do its promotion. Also, it is important to get approvals from the regulatory authorities. Only when the regulatory authority approves the product; it can be launched into the market.

In the Sainsbury’s PESTLE Analysis, the environmental elements affecting its business are as below:

Today, the Government and the people of a country expect an organization to be eco-friendly. And so does the U.K. government. Sainsbury’s actually supports the U.N Sustainability goals and is working towards it as well. It has started to reduce its waste in the Beef and Lamb supply chain. Also, Sainsbury’s is working to reduce its carbon emissions in operations.

It also claims that it acknowledges its customers to reduce food waste. Having said all of this, it looks like Sainsbury’s is working towards the environment. But the absence of any significant numbers or data on Sainsbury’s website puts question over the credibility of the following things.

To conclude, the above Sainsbury’s PESTLE Analysis highlights the various elements which impact its business performance. This understanding helps to evaluate the criticality of external business factors for any brand.