The political factors in the Dell PESTLE Analysis can be explained as follows:

Dell today operates in multiple nation and thus considering the political scenarios of each of the country it operates in is important. The country’s political situation determines the ease with which the corporate functions. Europe and China are two important geographical regions for Dell. US is in midst of intense trade war under the leadership of Trump. This toughens the export and import of products. The rates shoot up due to the political differences. Same is the case with European union. The additional adverse impact this political stability has is on supply of raw material and semi-finished good carrying for assembly. Before entering any political region, it should also if any chance of military invasion in the territory. Instability means that the leadership changes frequently and so will the reforms and laws. Dell will align its policies with that of the changed ones. 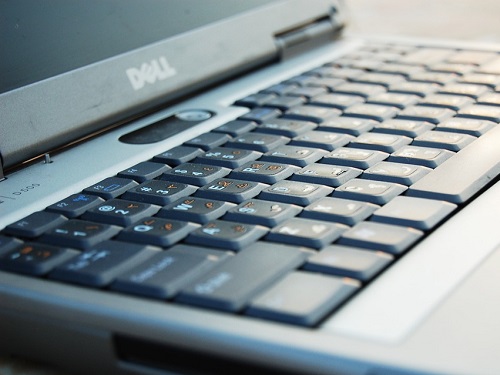 Below are the economic factors in the PESTLE Analysis of Dell:

Dell as a giant tech corporate faces many economic challenges.

Primary factor is the exchange rate since it operates in multiple countries and in each country, it is equally important to have a healthy currency rate. The economic growth index called GDP determines the growth rate of corporation in that specific country. Then comes the taxation policies of respective territory. The higher the taxes more will be the overall cost of the goods to be sold and in times like global recession people lose their buying power and thus the sale of Dell reduces drastically. The import rates and excise duties which spike up the raw material import costs is also a critical factor. Many a times the new policies do good to corporation. For example, GST in India in which all sub-taxes we brought under one umbrella calling it the GST. Dell is no more into just computers. It also has acquired companies in gaming sector, big data etc. Thus, their economic factors also effect Dell as the parent organization.

Usage of computer has seen a great evolution. It was a necessity at premium office spaces in earlier days. Having personal computer at desk was a sign of prestige. But the time has changed. People are now more technology oriented and have made peace with the fact that without technological learnings they are not going to progress in career. Also, a totally different segment of market is formed by youngster who are much ahead and equipped to learn technology. They use PCs both for gaming as well as educational purpose. The preference for detachable and tablets is more. Dell should study the demographics and accordingly set their marketing and product distribution. The economic class of the region is also necessary study prior to targeting specific product in any market.

The technological factors in the PESTLE Analysis of Dell are mentioned below:

Dell as a corporation is definitely affected by the technological changes since it itself is technology-based firm. Main product of dell is computer. People have changing demands. There was a time when computer was only to be operated by mouse and external keyboard. Then came the laptops with trackpad and embedded keyboards. Now is the phase where touchscreen monitors in both computers (PCs) and laptops. The demand is to have as big screen as possible. The processor is upgraded timely. Since Dell is into gaming laptops as well (after acquiring Alienware), there the graphic card technology has to be updated with challenging competitors so as to not be obsolete.

Developing technologies which support PC sector like the cloud are also to be considered and Dell is in the business of Cloud services.

Following are the legal factors in the Dell PESTLE Analysis:

Since Dell operates in multiple regions it has to abide by respective laws. The labor laws covering the minimum wages, just working conditions, welfare of employee may vary from country to country. The taxation laws as well change from place to place but Dell has to be in compliance with them in every place it operates to save itself from facing any penalty. When in 2019, India operates under GST law but if Dell doesn’t change its policies accordingly then its operation in India will be at huge loss. Environment laws are also governing factors for manufacturing of their products and these environmental laws need to be followed strictly seeing the current attention of the world as a whole concerning the environment we live in. For example, it had faced several taxation related issues in China when it had not aligned its tax policies to that of China.

In the Dell PESTLE Analysis, the environmental elements affecting its business are as below:

Technological firms are under the scanner of government and other institutions since they cause harm to the environment while manufacturing their products. The major concern is the immense carbon prints they leave behind.

The electronic waste generated which is non-biodegradable is dangerous for the soil, water bodies and also the stray animals who may consume it. Dell should try and focus to create recyclable products and its R&D team should focus on the same. That would not only give them an edge over the competitors by reducing the costing because the amount of raw material to be imported would reduce drastically but also create a very good socially responsible brand image among its customers.

To conclude, the above Dell PESTLE Analysis highlights the various elements which impact its business performance. This understanding helps to evaluate the criticality of external business factors for any brand.