Marketing Strategy of Rexona analyses the brand with the marketing mix framework which covers the 4Ps (Product, Price, Place, Promotion). There are several marketing strategies like product innovation, pricing approach, promotion planning etc. These business strategies, based on Rexona marketing mix, help the brand succeed in the market.

Rexona marketing strategy helps the brand/company to position itself competitively in the market and achieve its business goals & objectives.

The product strategy and mix in Rexona marketing strategy can be explained as follows:

Rexona is one of the leading skincare brands in the world. Rexona is available in the form of soaps, sprays, roll-ons, stick, sachet and creams. In India mainly, it is marketed as a soap and antiperspirant roll on. They have a wide offering in its marketing mix product portfolio under its brand name. Rexona’s tagline is “It won’t let you down” and hence the brand boasts of giving clinical protection from body odour to the user even to the ones who sweat excessively, like sports people. Some of the products also offer respite from underarm stains. Rexona is constantly innovating when it comes to its products and offer products with smart capsules which have a “Motionsense” feature that protects the user more the user moves. 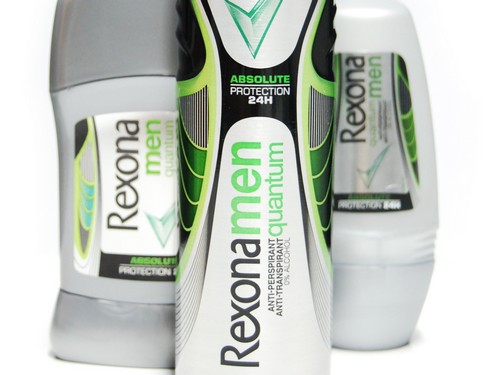 All the Rexona products are variably priced based on the type of product which a customer is choosing.

Mostly the products are moderately priced. In India, the soap has a costing around Rs.23 to Rs.33 (in INR) and the roll-on and deodorants come in the range of Rs.99 to Rs.123. The brand also gives discounts and special offers like prize packs worth a certain amount that can be won on the purchase of a sports event ticket through a lucky draw.

Following is the distribution strategy in the Rexona marketing mix:

Rexona as a product is spread across the world and well established as one of the best brands when it comes to antiperspirant. Rexona is known by different names like Sure in UK, Shield in south Africa, Degree in U.S and Canada and Rexona in Japan and South Korea.

Not to be left behind in the world of technological progress where everything happens online, Rexona has a dedicated site to its name in which it’s products are available for the customers, the site is tailored for 37 different countries and customised based on the products offered in a particular region.

Rexona has been promoting its product using both traditional and unconventional ways since the launch of its products. Its first advertising campaign was launched in the year 1920 when the brand hosted competitions like Rexona Baby and Miss Rexona. The brand has several sports athletes as its brand ambassadors. Rexona switched it’s alliance from the Lotus F1 Team and now sponsors the Williams Martini Racing Formula One team. Also, the brand is known to award and sponsor Olympians and other sportspeople. Rexona’s advertisements are known to be eccentric and funny but do manage get the effectiveness of the products through to the audience in an effective fashion. Some of the ads have shown models perform complicated feats done with their arms raised at all times to emphasise on their Roll-on’s ability to dry fast. Some advertisements have shown a city full of people performing various stunts. Rexona also propagates body confidence and they have a tab called “Confidence academy” dedicated only for this purpose. Under this tab a user can find various links to different ways a person can achieve confidence like body language, personal development, clothing, grooming and makeup etc. This concludes the Rexona marketing mix.

The formula for Rexona was developed by an Australian pharmacist named Samuel Fuller Sheffer and his wife, Alice Sheffer. But it was not until the year 1969 was the product introduced in the market for the consumers. Rexona is deodorant and antiperspirant brand manufactured by Unilever. The brand is known as Rexona in most of the countries, in UK it is known as Sure, Shield in south Africa, Degree in U.S and Canada and Rexena in Japan and South Korea. In the year 1930 Rexona was acquired by Lever Bros. and later marketed under the Unilever brand after the merger of Lever Bros. with Dutch Margarine Unie. From 1960s to 1980s Rexona continued its global expansion and became a well-established brand which offered antiperspirant products. Rexona is majorly a soap brand in India introduced in the market in the year 1947 to compete with Hamam which used to be owned by Tata Sons.

Rexona was the only brand that in India to have all-natural ingredients like Aloe Vera, Coconut oil, neem oil etc. which claimed to alleviate rashes and body odour while being gentle on the skin.