NBCUniversal marketing strategy helps the brand/company to position itself competitively in the market and achieve its business goals & objectives.

The product strategy and mix in NBCUniversal marketing strategy can be explained as follows:

Being a prime player in the industry we find that NBCUniversal has diversified its business in a lot of areas. NBCUniversal has made huge strides in the field of the media and other business. They had started with a number of shows. But slowly they started expanding their horizon. NBCUniversal switched to financial news services. The company had started other channels for sports news, political news, etc. This company didn’t stop at this only. They widen their network based on the demography also. The following examples are CNBC Europe, NBC Asia, and NBC Africa. After the merger they came up with the universal studios a various kinds of other channels which concentrates on other divisions. NBCUniversal started coming up with new kind of shows in the field of entertainment like Late Night show with Jimmy Fallon, Saturday Night Live, etc. They diversified their products to theme park and now also they are a big player in that area. This gives an overview of the product offering in the marketing mix of NBCUniversal. 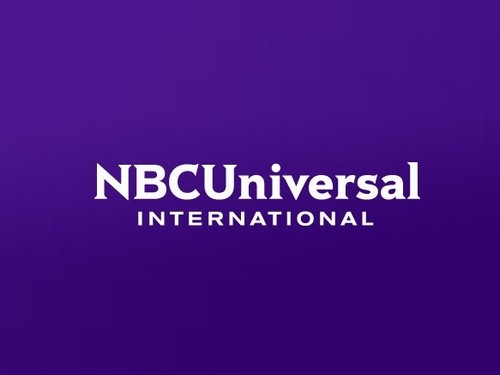 They are one of the big companies in the field of media. NBCUniversal are also a company who has a worldwide access. So the marketing mix pricing strategy of the company’s products will be high. They always offered quality and top notch review was drawn from the people. The prices for the advertisement slots are very high as it reaches a global viewership. The universal studios charges high enough. It is a world famous studios. This resulted in a lot of rise in the prices. The contracts which are there are very high. They are into resorts and theme parks. The charges are high for these theme parks and the hotels. The quality comes with prices. This is why we find that the hotels are priced high and also the theme parks are like priced high.

Following is the distribution strategy in the NBCUniversal marketing mix:

NBCUniversal started in the USA. But with the passage of time we find that the company has breached global barriers. NBCUniversal has made its impression firstly in the USA, and then the company has breached the barriers of the nation. They have made their presence felt in all possible fields in the field of media. The media has breached all possible locations and now they are targeting all possible areas where they can venture. We find that NBCUniversal are breaching the demographic barriers and in turn picking up the new type of things which are rare in the media industry. They made sure that they bring something new to the table, which will help them to make it count in the long run.

The main thing for this industry is how much area you can cover, and to which areas where you have made an impact.

NBCUniversal promotes itself in a rigorous manner as a part of its marketing mix promotion strategy. We find that the quality of the products are really high quality and thus they need to make their presence felt among the people. They are a media company and thus they make themselves felt in the media world through the various channels. They also have various advertising techniques which are applied for the promotion of the company. Now a days there are online channels also which this company has tapped into. NBCUniversal believes in promotion of the other assets also. The universal studios are famous all over the world and they make sure that they are promoted through the films where they invest in and also through the t.v. series which are under their production banner. The hotels and the theme park follow the normal approaches of promotion like internet, magazines, television, adwords, etc.

Since this is a service marketing brand, here are the other three Ps to make it the 7Ps marketing mix of NBCUniversal.

The customers are well connected to the NBCUniversal company. The company feels that the customers should be satisfied with the quality of the services which they want and also the kind of service they desire from the company. The company is a media based company. Thus they have the need to increase the customer satisfaction. They provide different kinds of services to the people. They crater to a variety of people all over the world. NBCUniversal has a wide base of customers whom they crater to. Hence, customers, employees, management, workers, everyone contributes to the prosperity and growth of the company. Every worker and employee adds to the profitability of the company.

NBCUniversal has its physical evidence through websites. The Business cards, paperwork, brochures, furnishings are a source of physical evidence. They also provide tangibles such as diaries, pens to employees. Furnishings, financial reports, signage also reduce intangibility of the services.

NBCUniversal has a very centralized process. Since the company is a multinational company, we find that the process if not centralized then might cause a problem. They have a huge client base and the process if not simplified causes a problem for the company. The clients are also selective about the way they prefer their services. Thus they have a provision for the customization of the products so that they can make it up to the customers desired level. Being a multinational company we find that they are well connected all over the globe regarding the process which they customized for meeting the preference of the clients. Hence, this covers the marketing mix of NBCUniversal.

NBCUniversal is an American conglomerate which is one of the prime leaders in the field of media. The company’s headquarter is in Comcast Building, New York. The company is mainly involved in the media mainly. NBCUniversal is considered as one of the top three network in the USA. We find that the company is also in the amusement park business and also the owner of the universal studios. The company was formed in the year of 2004 as a result of the merger of GE and Universal Entertainment. But now with the passage of time we find that the company is bought out by the US cable TV operator namely Comcast.

In 2013 the whole deal was finalized. NBCUniversal have the famous logo of the peacock with coloured wings.