CRRC marketing strategy helps the brand/company to position itself competitively in the market and achieve its business goals & objectives.

The product strategy and mix in CRRC marketing strategy can be explained as follows:

CRRC is one of the largest companies in China. It produces locomotives, coaches, wagons, etc as a part of its marketing mix product strategy. After the merger, the company has been able to work with more efficiency and be more competitive worldwide. After the merger, CRRC became the world’s largest rolling stock manufacturer. The company due to its world-class products at reasonable prices, bags orders from governments of countries all over the world. Recently, the company bagged an order of 404 vehicles Massachusetts bay transportation authority. The company supplies rolling stocks in large quantities to Argentina. Argentina has purchased 700 EMU, 80 DMU, 50 passenger locomotives, 360 carriages and 3500 freight cars. CRRC received orders from Chicago transit authority to make 400 7000 series cars. Post this deal, the company started developing an assembly factory in Chicago. In March 2017, the company bagged orders from SEPTA to make 45 bi-level rail cars. The delivery is due in October 2019. 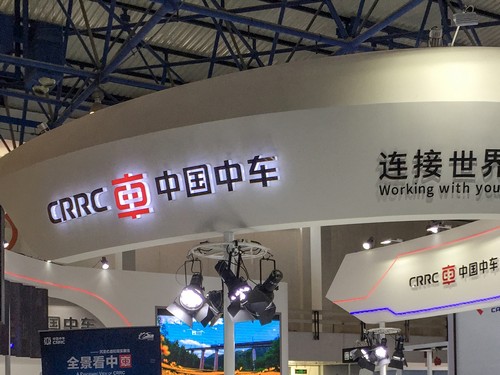 CRRC enjoys a near monopoly status in the rolling stocks manufacturing sector.

The company charges high prices from its customers with high margins. The company is a price maker in the domestic market. In order to compete with other similar companies, the company follows a competitive pricing in the world market to bag orders. The price of the products also depend on the levels of customization, number of orders and the speed at which the delivery has to be done.

Following is the distribution strategy in the CRRC marketing mix:

CRRC has spread its operations all over the world. Its world-class rolling stocks can be found plying in major cities of various countries in Europe, North America, etc. The company had started working on its new 13900 sq. meters assembly plant in Springfield, Massachusetts.

Since 2015, the company has expanded its operations to cater to the plan of doubling its sales by 2020.

CRRC promotes itself in relevant financial and business media channels. The company shows off its state of the art vehicles in Expos and features them in videos online. The website has exhaustive information about the brandand the business that the company does. Being a B2B industry, the company does not promote itself extensively through commercial channels like TVCs, print ads etc.

Since this is a service marketing brand, here are the other three Ps to make it the 7Ps marketing mix of CRRC.

The company has around 200,000 employees. Yu Yelping is one of the prominent vice presidents of the company. The company hires local people, trains them in CRRC centers in China and then employs them at units as per the requirements. People across various fields are a part of the strong workforce of the company.

CRRC’s operations are very capital intensive and fall under turnkey projects. These projects take 5-10 years to be executed. The company uses state of the art technologies to produce high powered diesel locomotives and other rolling stocks. The company has the largest production station of fleet wagons in Asia.

The products of the company are manufactured and exported to over more than 100 countries all over the world. The company has the largest facilities for high-end coaches, electric locomotives and urban rapid transit vehicles in China. This completes the marketing mix of CRRC.

CRRC is also known as CRRC corporation limited. It has its headquarters in Beijing, China. It was formed in the year 2015, after the companies CNR and CSR merged. It manufactures rolling stocks which can also be described as vehicles that move on a railway.

The parent company is the CRRC group. It is a state-owned company.