Indian Premier League (IPL) marketing strategy helps the brand/company to position itself competitively in the market and achieve its business goals & objectives.

The product strategy and mix in Indian Premier League (IPL) marketing strategy can be explained as follows:

IPL or Indian Premier League is a cricket tournament based out of India having players from all over the world. IPL is a result of heavy investment and associations with influencers of the country. BCCI is primarily responsible for conducting IPL, and it is often said to be the brainchild of Lalit Modi- former chairman and commissioner of IPL. There have been many seasons of IPL. A total of 8 teams have played in each IPL season, in a double round robin tournament. Here, each team plays every other team twice- once on home ground and once away. So, there are a total of 56 matches played in the league stage. The top 4 teams advance to the semi-finals, with top 2 teams playing against each other in Qualifier 1 and 3rd and 4th placed teams playing against each other in eliminator. The winner of Qualifier 1 advances to the finals and loser of qualifier 1 plays against winner of eliminator in Qualifier 2. 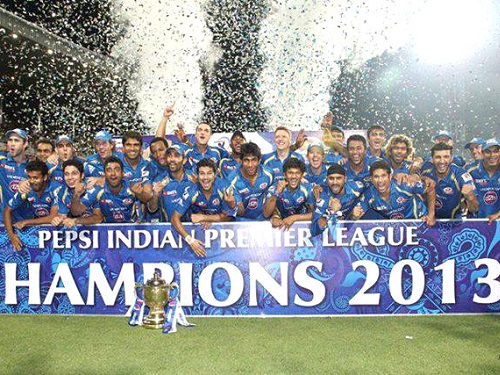 Below is the pricing strategy in Indian Premier League (IPL) marketing strategy:

The average prize money the winning team gets is 15 Crore, with runner’s up, third and fourth position holders getting 10 Crore, 7.5 Crore and 7.5 Crore respectively.

This total of 40 Crore is awarded to the top 4 teams and the bottom our teams are not awarded anything. All the teams earn revenues/profits by sponsorships and ticket selling. The average amount each player gets is approximately 80 Lacks.

Following is the distribution strategy in the Indian Premier League (IPL) marketing mix:

All the matches of IPL, except the 2009 and 2014 have been held in India itself.IPL 2009 was held in South Africa while the first leg of IPL 2014 was held in UAE. IPL has positioned itself as a fast paced 3-hour game which allows the viewers and visitors to entertain themselves with time not being a constraint. It maybe a weekday evening or a weekend afternoon/evening, spectators come in huge numbers to support their home teams. The star-studded lineups and the popular owners find ways to attract the masses. However, it has come in a bad light during the spot/match fixing scandal where Chennai Super Kings and Rajasthan Royals faced a 2-year ban.

These teams were replaced temporarily by Rising Pune Super Giants and Gujarat Lions.

The promotional and advertising strategy in the Indian Premier League (IPL) marketing strategy is as follows:

With such a big budget, promotions is never a concern in terms of scale. Each team has its sponsors and advertisements set up. Shah Rukh Khan’s Kolkata Knight Riders and Dhoni’s Chennai super kings have been most active teams in terms of visibility and popularity over the media. Mumbai Indians and Royal Challengers Bangalore are not too behind either. Apart from traditional media, all the teams are active on various social media handles, showing previous years’ highlights and popular innings of players of respective teams. There have been instances when actors and singers perform in the opening ceremony of the season, thereby gathering audience in large numbers.

Since this is a service marketing brand, here are the other three Ps to make it the 7Ps marketing mix of Indian Premier League (IPL).

The IPL mainly targets the youth, who arguably don’t have enough time and patience to watch and appreciate the beauty of Test and ODI cricket. The 3-hour entertainment is a one-stop solution to spend the evening or the weekend with friends and family. Players, Indian and Foreign nationals form an integral part of the whole setup. There are many cricketers from abroad who are loved immensely by the Indian fans. Popular Indian and Foreign players form the core of their respective teams and marketing strategies as well. Team owners, specially from Bollywood or other known faces play a crucial role in branding of the team and building a strong brand personality.

Indian Premier League is arguably the biggest sporting event of the year. So, it takes a lot of time for preparation. From the auctions, selecting the venues/grounds, broadcasting partners and advertising channels to pre and post match presentations, extra innings and much more, IPL is a big long process awaiting just one result. The main objective is to make as much revenue as possible through selling of tickets, sponsorship and other sources.

IPL is attracting masses of people because of its vast reach and effective marketing. The sponsors on the uniform/jersey of each team, the advertisements, the sponsor name on the boundary line, the subtle mention of a particular product- all come under physical evidence. Hence this is the marketing mix of Indian Premier League (IPL).

Indian Premier League or IPL is an annual T20 cricket tournament based out of India. IPL can be termed as a blend of two most sought-after sources of entertainment in India,Cricket and Bollywood. It was strategically a perfect move to offer something fresh, which was tried and tested already with India winning the inaugural season of World Cup Twenty-20. India’s win was a driving force of potential success of Indian Premier League.

ChennaiSuper Kings and Mumbai Indians have been the most successful teams in IPL with 3 titles each. On the other hand, Delhi Daredevils (now Delhi Capitals), Kings XI Punjab and Royal Challengers Bangalore haven’t managed a single IPL win so far.