Air New Zealand marketing strategy helps the brand/company to position itself competitively in the market and achieve its business goals & objectives.

The product strategy and mix in Air New Zealand marketing strategy can be explained as follows:

Air New Zealand is one of the most prominent airlines in New Zealand. The main service provided by the Air New Zealand carrier is to transport passengers and their luggage from one place to another. They provide three kinds of classes while travelling which are economy, premium economy and business premier. They have designed the travel to make sure passenger arrive at the destination relaxed and refreshed. On the flights they also serve refreshments and merchandise as a part of their marketing mix product offerings. They also provide cargo transport facilities through its subsidiaries. 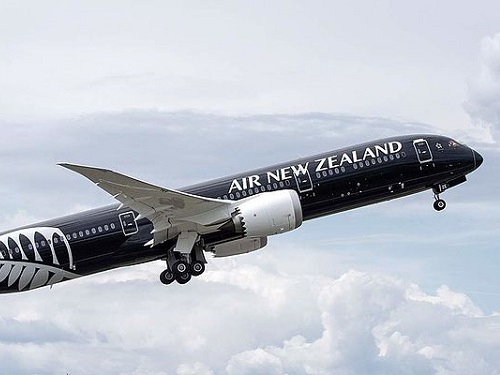 Air New Zealand uses dynamic pricing strategy for its seats which means high prices even for economy class if booked near to travelling date.

The economy class has been created to give competition to other budget airline players. It has been designed for consumers up to middle class and frequent flyers. It has high prices for premium economy and business premier with additional benefits.

Following is the distribution strategy in the Air New Zealand marketing mix:

Air New Zealand is headquartered at Wynyard Quarter, Auckland City. It operates from 31 international destinations and 20 domestic destination. Booking for the airline can be done online or over the counter as well. It can be booked through a travel agent.

Today, they have created an app called “Air NZ mobile app” through which booking and check in can be done.

Air New Zealand have adopted very unique methods in the past to promote itself. Even in 2010, it has left the traditional television advertisement method and started the internet-based marketing. Some of its campaigns are “Nothing to Hide” and “Bare Essentials” are massive hit. In one of its video, is CEO featured wearing nothing but body paint. It went viral very quickly spreading through word of mouth. It was the title sponsor of the domestic rugby union club. It is also the major sponsor of National Rugby union team known as All Blacks.

Since this is a service marketing brand, here are the other three Ps to make it the 7Ps marketing mix of Air New Zealand.

The persons involved in providing the service to the consumer are executives, ground and technical staff, pilots and air hostess. The Air New Zealand pilots and air hostess are directly involved in flying the aircraft and proving a rich experience during the travel. They go through a difficult screening and training process before they start working on the field because a small mistake might be dangerous to the whole plane. Due to its high-quality service it has been awarded as the Airline of the year in 2010 and 2012 by the Air Transport World. It was also ranked as the safest airline by JACDEC.

The process of delivering starts with the check in by the passenger and ends when the passenger takes its luggage. For the Air New Zealand cargo airplanes, it just takes the cargo and drops at the designated location. During the travel, refreshments are mandatory for the international flights as they are of long duration but for domestic flights it is not mandatory for economy class.

Most of the planes in the fleet are Airbus A320, Airbus A320neo, Boeing 777 and Boeing 787 family which are top in class in quality. Apart from this, for business class passenger, lounge services are also provided which gives the premium feeling in the airport. Business class passengers get extra benefits like early luggage at the counter. Hence this concludes the marketing mix of Air New Zealand.

It has headquartered at Auckland City. It has a fleet size of 64 planes which it serves to 51 destinations.