Major League Soccer marketing strategy helps the brand/company to position itself competitively in the market and achieve its business goals & objectives.

The product strategy and mix in Major League Soccer marketing strategy can be explained as follows:

Major League Soccer or MLS is one of the most popular sporting events in the USA. MLS product is the league itself with the matches, the ads, the channel partners, the engagement programs, the brand awareness campaigns and everything about the league can be included in the product for MLS. Its matches, unlike other sports, are not heavy with ads and the halves in a football game are uninterrupted for the viewer. The professional match is a general football match with 90 minutes of play plus additional time if any with 11 players for each of the 2 sides and a total of 4 referees. The brands involved with MLS are many and they sell products based around MLS. Some of the brands are Adidas, Audi, AT&T, Coco-cola, Heineken, etc. MLS matches, broadcast, merchandise etc are all a part of its marketing mix product portfolio. These brands sell jerseys, drinks, experiences with themes around MLS’ clubs. Major League Soccer has its own websites which occasionally sells goodies and other stuff for its viewers. 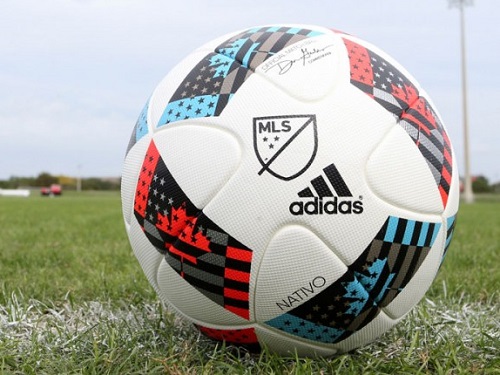 Below is the pricing strategy in Major League Soccer marketing strategy:

Major League Soccer’s pricing is based on last year’s demand for the tickets and the viewership and the prices of its match tickets are also depended on the different clubs who have an impact on the pricing/ MLS prices have soured over the years with around $ 25 being the average ticket price of a match.

Some of the more prominent clubs like D.C. United, NY Bulls have higher priced tickets as the demands for these matches are more. The prices of tickets are also depended on the place and the type of seats with premium tickets priced as high as $200 and some as low as $ 10. The pricing is competitively priced when compared to leagues of other sports like NBA, NFL, etc

Following is the distribution strategy in the Major League Soccer marketing mix:

MLS’ distribution is mainly based on the Online partners and the TV channel partners it has. Its reach is there globally with it being telecasted in more than 50 countries all over the world. Its reach has grown in recent years with more and more marque signings by the different clubs. A major part of its distribution is the video creation and its distribution. Its fan engagements are largely depended on developing these videos be it the match highlights, player highlights, club highlights, pre-match talks, discussions, etc. From producing around 1500 videos the MLS has increased its production 12 fold, now producing per season around 18000 videos.

It also has professionals from more than 65 countries all across the world and hence its placement of distribution and coverage also follows a wide outreach with fans having the opportunity to watch live games and highlights.

Major League Soccer’s major marketing activities are built around structuring clubs, creating fan bases, inciting and encouraging partners to invest and to focus on the grassroots levels of the game. It is one of the few games with minimal ads, hence customers find this as a point of major differentiation when compared with some other sports like cricket, etc. hence they are attracted to the league. MLS is slowly building and gaining attention in the world space with its clubs buying major football talents and superstars like David Beckham, Andrea Pirlo, Wayne Rooney, Zlatan Ibrahimovic, etc. which draws the attention of their huge fan bases to the league and such marque signings are the major reason the league has gained wider global audience. MLS usually uses innovative promotional strategies and fan engagement programs. One of its innovative ways to engage with its fans was to get into a partnership with social media channel Twitter into a 3-year deal in which the social media channel will be able to broadcast the matches increasing MLS’ online presence. The Twitter partnership is also built around increasing interactivity with fans with personalized suggestions, live pictures of the matches and videos sent to the fans when they use hashtags so as to give them a personalized touch. MLS focuses especially on brand involvement and its key promotional revenue generating streams are its partners. Some of its major partners are AT&T, EA Sports, Adidas, Coca-Cola, Tag Heuer, Etihad Airways, Audi, Continental, and Kellogg’s. These brands not only generate a huge budget but are themselves good promotional channels for the MLS with each of these promoting MLS in its own campaigns and social media handles. MLS uses buzz-generating events on special days and occasions like its “All-Star” fixtures and Decision day matches also it uses special rivalry week which draws in huge audiences where the regional teams are pitted against each other also known as derby fixtures.

Since this is a service marketing brand, here are the other three Ps to make it the 7Ps marketing mix of Major League Soccer (MLS).

MLS has a luxurious physical presence with robust offices spawning in many different countries. It uses best in class hotels for its players stay when they visit the opposing teams. Its physical presence includes the many huge banners of MLS’ clubs all across the countries. Major traction points are its sprawling stadiums with capacities which are best in the class of around 30000 to 40000 persons. The team buses, jerseys, kits, etc. are all of the very high quality and comparable to any league of the world.

With 24 clubs in the league, MLS is run by a lot of people including the staff members, coaches, players, journalists. There are a lot of stakeholders involved with the MLS including the sponsors, channel partners, media journalists, brand promoters, players, coaches, referees, officials, ground maintenance staff, stadium maintenance people, etc. There a total of 12000 employees of the Major League Soccer. A total of 661 players from more than 65 different countries out of which 370 are foreign players. There are a total of 23 referees and 47 assistant referees.

MLS focuses on an efficient process and system which involves proper scheduling of matches. The processes involved in the managing of a football league are very complex with a lot of scheduling and sequencing. A major part of the processes is managing the match schedule and ensuring that important rivalries between clubs are scheduled to be held on weekends and holidays to ensure the maximum presence of an audience. Hence this concludes the marketing mix of Major League Soccer.

Major League Soccer is a professional footballing league which started in 1996 under the U.S. Soccer. It is the highest football league in both the U.S and Canada with the best players from both these countries competing in the league. It also has players from other big leagues of the world like the Barclays premier league, the Bundesliga, Serie A, etc. It has recently grown popular with various high profile buys by its clubs. Major League Soccer consists of 24 teams, 3 of which are from Canada and the rest from the U.S. Its format is a bit different from the traditional leagues as in traditional leagues the team with highest points after all matches win but here there are play-offs between the top 10 teams. The clubs of MLS compete in various other competitions like the Club World Cup, and matches against the U.S. Open clubs, etc. It's now one of the most popular leagues in the U.S.

with average attendance even exceeding that of the NBA. One core difference from the European leagues is that in MLS are no relegations or promotions of teams but it operates on a fixed membership basis.