Manchester United marketing strategy helps the brand/company to position itself competitively in the market and achieve its business goals & objectives.

The product strategy and mix in Manchester United marketing strategy can be explained as follows:

Manchester United is one of the leading football clubs in the world based out of England. The product of Manchester United includes the team itself and merchandises which includes shirts, training kits, goalkeeper kits, special merchandises for women and kids. They also display products based on the players so that loyal fans can buy products of their favourite players. The company also owns their own TV channel which broadcasted matches of the players. The brand of football, tickets, merchandize etc are all a part of its marketing mix product portfolio. The website has association with other websites and they also show ads, selling campaigns and football matches of the team. The team has star players and thus, they have a leverage as the fans are eager to buy products, associated with these players. In the recent match, it stood against in the premier league. The company has tie ups like Adidas sells Manchester United Logo jerseys and thus, this way, the company expands its reach in the market. 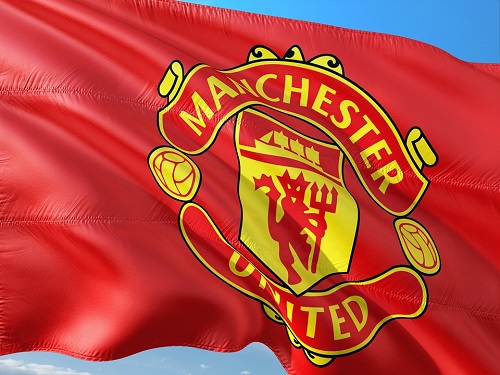 Below is the pricing strategy in Manchester United marketing strategy:

Manchester United follows premium pricing as the products are marketed a premium products and the company wanted upmarket penetration.

The team has a loyal fan following and thus, they don’t face any problem when it comes to customers willingness to pay the price. The seasonal tickets are further expensive, especially the first class tickets. This generates a high revenue but second largest revenue gets generated from broadcasting shows. The team has a global presence and thus, the commercialization has benefited them.

Following is the distribution strategy in the Manchester United marketing mix:

Initially, the Manchester United team played matches in field on Narh Road where the crowd capacity was 12000 spectators and in 1893, the club was banned from playing on the ground and thus, they eventually shifted to Bank Street ground, located in Clayton. In 1902, the ground was changed to Harpurhey while in 1909, the ground shifted back to Old Trafford. Presently, UK has main centre base and red colour of Manchester United is Fan’s favourite.

Manchester United has had star players like David Beckham, Wayne Rooney, and Ryan Giggs with their loyal customer base and thus that’s a promotion strategy in itself. Apart from that company does promotion in partnership with other companies, showcasing promotional products. There has been several deals over years to promote the company. Some of them include deals with Nike, General Motors. The endorsement of various products by the star players, is a source of revenue generation for the company. Moreover, the official website is displayed as Fan’s academy and thus there are fixtures, live updates, highlights and various merchandises available.

Since this is a service marketing brand, here are the other three Ps to make it the 7Ps marketing mix of Manchester United.

Manchester United is primarily a football club, which has become a big brand managing lots of funds. The most important people are the players, the coaching staff and the owners of the club. Also, the stadium staff, the management etc are integral part of the football club.

Manchester United being a football club has a different set of processes. While the games are played as per the schedules and based on which ticketing sales are done. Another aspect of selling merchandize and goods involves business processes like any other sports goods and apparel company.

Manchester United’s biggest physical evidence are its players, its stadium, ‘Old Trafford’. These are the things which highlight the brand of the club. Along with that the red tshirt, its logo, merchandise etc all add to the physical presence of the brand. Hence all this completes the marketing mix of Manchester United.

Manchester United is a world famous English football club. The team plays professional football for premier leagues and is headquartered at Old Trafford. It was formed in 1878 and has won maximum titles in the leagues which amounts to around 20 titles. The team plays in various league championships like EU cups.

The team is one of the richest in terms of revenue and face stiff competition from competitors like Liverpool, Aston Villa, Chelsea etc. Manchester United has been a brand in itself and has propelled the company to success by winning in maximum of the matches they have played so far.