NBA (National Basketball Association) marketing strategy helps the brand/company to position itself competitively in the market and achieve its business goals & objectives.

The product strategy and mix in NBA (National Basketball Association) marketing strategy can be explained as follows:

NBA or National Basketball Association is the basketball association in the USA. These NBA teams are divided into two conferences – Eastern and Western, comprising of 3 divisions – Eastern Conference – Atlantic Division, Central Division and Southeast Division. Western Conference – Southwest Division, Northwest Division and Pacific Division. Each division is comprised of 5 teams each. During regular season, each NBA team plays every other team in the league. There are 82 games in an NBA season, the playoffs include the best 8 teams in the east and the west in a 7 games series with the first team to win 4 games advances to the next round. NBA finals includes the best of seven series of both conferences and the champion is awarded Larry O’Brien Championship Trophy. 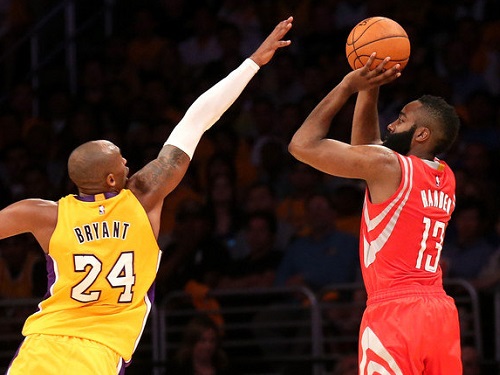 Below is the pricing strategy in NBA (National Basketball Association) marketing strategy:

NBA tickets are quite costly during the peak times, like primetime weekend games on Saturdays and Sundays, whereas the weekdays games are pretty affordable.

Early season games – in October, November and December are less expensive than those in later months. The prices of tickets during peak season also fluctuate at the end moment. They do give sudden discounts for tickets purchased within a week of the game. Also, the teams that have won the greatest number of matches raise their ticket prices. The average ticket prices are approximately $90. The price strategy followed is dynamic. NBA merchandise and accessories are pretty affordable and they have a high-priced segment too where they sell the collectibles that have been autographed by the players. NBA’s main revenue source is through advertising and broadcasting rights. Every season, NBA records a revenue of approximately $8 billion.

Following is the distribution strategy in the NBA (National Basketball Association) marketing mix:

NBA has its matches played across various cities in USA and are televised and streamed online worldwide. NBA stores are located throughout the world and they operate through e-commerce websites as well.

But there are only a few officially licensed NBA stores throughout the world which are in New York and Beijing.

The promotional and advertising strategy in the NBA (National Basketball Association) marketing strategy is as follows:

NBA is one of the most popular sports leagues of the world, they have tie ups with television networks across United States. Still they follow a well thought strategy when it comes to their promotional campaigns. They are involved in content writing where they tell their fans the stories about their own team as fans are always curious to know about it. They are extremely active on various social media platforms where they share all the updates from around the league. They post everything – from GIFs to videos and interact with their fans. On YouTube they upload multiple videos regularly – highlights, interviews, talk shows, etc. The NBA Media social media accounts were specifically created to popularize the association in India. The players are made to travel all around the world to make the association global. The players are themselves involved in promotions when they sign up for various endorsement deals. NBA players participate in many social causes which increases the popularity of the league. Popularity of the sports has a directly proportional relation to the popularity of their products.

Since this is a service marketing brand, here are the other three Ps to make it the 7Ps marketing mix of NBA (National Basketball Association).

The people factor of NBA have been the teams themselves. The personalities of players and teams play a huge role in drawing the people towards the games. Using the social media to converse with the audience, they have drawn a wide swath of people who could have felt excluded. This has helped them to garner a diverse and engaged fan base. NBA makes sure that they engage diverse players in the team to promote talent and that helps them to connect to the audience in a better way. The NBA players and teams mingle with the audience on social media to build a relationship with the fans.

NBA matches can be viewed live as well as on various platforms. The matches are telecasted on various television networks. The statistical data i.e. the real time and player tracking data is made widely available to the fans across the territories. They use AI technology to share basketball league’s highlights and other videos to push customizable NBA mobile content. They have introduced NBA zones in a tie-up with McDonald’s in order to provide the fans a chance to experience the atmosphere of being at an NBA game through a range of interactive experience. This is a part of their promotional strategy as well. The NBA stores are located in US as well as Italy, China, and Philippines. Their merchandises are sold via their website as well.

The promotional strategies used for NBA becomes a major part of their physical evidence as fans tend to get attracted towards these in order to feel the urge to attend the matches. The match highlights or statistics, videos, NBA zones, interaction with the players, autographed merchandises, social causes in which the players are involved, brand deals with the players – all of them become the physical evidence for fans that later on increases their urge to watch the live matches. This completes the marketing mix and marketing strategy of NBA (National Basketball Association).

NBA or National Basketball Association is the professional basketball league formed in New York in 1946. It consists of 30 teams – 29 in United States and 1 in Canada. NBA draft is an annual event where the basketball teams select young talent from all over the world into their teams. NBA is also involved in selling merchandise and accessories for men, women and kids.

Their merchandise is divided into two conferences. They also sell autographed products which are quite popular amongst basketball fanatics.