PESTLE analysis is a framework which is imperative for companies such as NBA (National Basketball Association), as it helps to understand market dynamics & improve its business continuously. PESTLE analysis is also referred to as PESTEL analysis.

The political factors in the NBA (National Basketball Association) PESTLE Analysis can be explained as follows:

NBA is one of the biggest professional sports leagues in the world both by size and revenue but when it comes to the audience most of its fans are concentrated in USA which is one of the largest hinderance to the growth of the league and popularity of the sport. There are several reasons behind its limited appeal, such as players under 19 cannot be hired, then the players have to play in United States of America and getting a visa is not easy. Political relations between the countries proves to affect the entry requirements and filtering of players when it comes to getting visa and entry permits to foreign players. The percentage of international players reached up to 25% in 2016 but ever since the number is decreasing and one the reason could be that international players aren’t given representation on the main league but are used in minor leagues and practise games. Another major political factor for National Basketball Association is the inclusion of women in the sports and WNBA and ever since its inception it is struggling to be taken seriously. From low salaries to media coverage and games in off season everything speaks volume about the double standard and gender inequality which is something the national basketball association should look into. 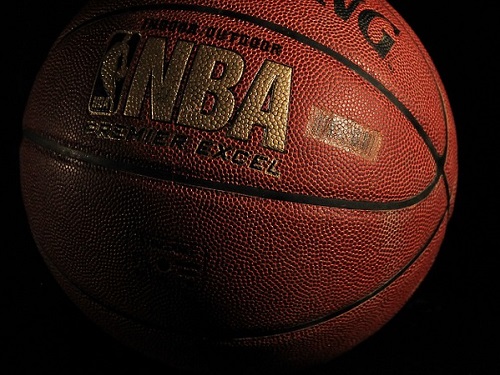 Below are the economic factors in the PESTLE Analysis of NBA (National Basketball Association):

Currently the league is worth more than $8 billion and earning its revenue from a variety of sources including streaming and television rights, merchandises and ticket sales.

The revenue from the television deals and streaming services plays a major role in the league’s growth, which currently is a positive aspect for the league as its viewership continues to rise. The league is also expanding internationally in various countries like India thus opening up new opportunities. NBA plays a major role in urban economics, not only does it benefit the players associated in long term with hefty salaries and other benefits but also helps the local economy of the state or place where NBA arena is located. The ongoing COVID 19 pandemic though has pushed the league on the backfoot, not only the lockdown restricted movement of players and games but, matches were played in empty stadiums thus no revenue from ticket sales. Also, the viewership on television decreased due to most of the people looking at Covid19 related news.

One of the major factors is that NBA as a professional sports league provides a platform for people to share their identity with equality, and it doesn’t care about what is your background, race or culture is rather is it focussed on creating a unique basketball driven culture so that social differentiation is minimal. The brand in past has proved that it can have a positive impact on individual as well as the society, it brings a unique sense of nationalism and unity in the cities where teams are based on. Another important social factor is the inclusion of women in the game, women in basketball are paid much less as compared to their male counterpart. Some may say it is because of the ratings which men’s games bring but efforts should be made by NBA to make WNBA equally appealing and exotic in order to improve the standards and position of women in the game both financially as well as socially.

The technological factors in the PESTLE Analysis of NBA (National Basketball Association) are mentioned below:

Technology is playing a huge role when it comes to NBA, as the professional sports currently have turned into the entertainment industry. A major focus now is being given on improving the experience of fans watching the games both at the venue and at home. Not only that the league now is driven by data, technology is actively used in the league inform of various stats and techs as well as new age cameras like SportVU. Technology and subscription based streaming services have helped increase the reach, now the fans can watch the games anywhere. Another way the technology has helped NBA is by brings fans and players closer with tons of interviews, clips, backstage bloopers and social media. Technology is also being used in monitoring the players, from wearable gadgets and rings to various monitors. Various devices can now monitor player health, their training as well as help prevent injuries.

Adoption of technology at every level is proving positive for league and is opening up new opportunities which makes one thing clear it is here to stay and will play an important role moving forward.

Following are the legal factors in the NBA (National Basketball Association) PESTLE Analysis:

Legal issues are very important for NBA as a professional league with so many stakeholders involved. One of the recent issues that the league is facing is the issue of TV ratings and number of matches. Over concentration of matches was one the reason behind this and many in league wants to reduce the number of matches but since it is a cash cow, there is various issues around players wages, there schedule the revenue for the teams. And there is also a chance that this plan could resurface the issues with labour unions. Another major issue was the betting and professional sports, NBA along with other professional sports leagues wanted to stop betting in professional sports as it would shake player’s integrity. However, the court did not rule in their favour and they are now forced to embrace betting. Though it is a professional league but it still has to comply with the regulations developed by FIBA (International Basketball Federation) and react to any changes.

This includes critical aspects of injury time, substitutions, hiring and drug use and health etc.

In the NBA (National Basketball Association) PESTLE Analysis, the environmental elements affecting its business are as below:

One may say that environmental factors does not concern national basketball association as such but considering the fact that it is one of the most popular sports leagues on this planet with a huge fanbase and some of the most well-known faces in the entire world, it does have a role to play. It must focus on recycling and use of renewable energy in its operations and it should focus on integrating practices which will help the world in long term, Afterall it may not directly impact them but it will impact their fan base. One such step was NBA Green program which focussed on usage of renewable energy, reduce energy consumption, plant trees and most importantly focus on spreading the similar mindset among the millions of fans of professional basketball.

To conclude, the above NBA (National Basketball Association) PESTLE Analysis highlights the various elements which impact its business performance. This understanding helps to evaluate the criticality of external business factors for any brand.