Marketing Strategy of Xbox analyses the brand with the marketing mix framework which covers the 4Ps (Product, Price, Place, Promotion). There are several marketing strategies like product innovation, pricing approach, promotion planning etc. These business strategies, based on Xbox marketing mix, help the brand succeed in the market.

Xbox marketing strategy helps the brand/company to position itself competitively in the market and achieve its business goals & objectives.

The product strategy and mix in Xbox marketing strategy can be explained as follows:

Microsoft came out with its first gaming console called Xbox in 2001. Xbox was launched as the sixth generation of gaming. This console competed with Nintendo’s GameCube, Sega’s Dreamcast and Sony’s Playstation 2. The various variants of Xbox complete the products in the marketing mix. Microsoft soon came out with Xbox Live in 2002 which enabled users to play video games online either using a broadband connection or not. This however had strong competition with Dreamcast and Playstation’s online service. However, neither was able to provide the features and benefits that Xbox offered. Xbox Live had only one disadvantage of subscription unlike the other two which were free. Inspite of all this, Xbox was a success and most popular online video game for years. In 2005, Microsoft came out with a new introduction as part of the seventh generation of gaming. This console was called Xbox 360 which competed with Nintendo’s Wii and Sony’s Playstation 3. Xbox 360 is an innovative advanced version of Xbox. They also expanded the current live service providing abilities to purchase and stream music, stream multimedia content from PCs, films and television programs through Xbox Video and Xbox Music services. They later added a feature called Kinect which uses an advanced sensor system detecting the players’ whole body making the gameplay alive and more interactive. Xbox One successor of Xbox 360 was introduced as part of the eighth generation of gaming consoles. Xbox One has more advanced internet based features with ability to record and stream gameplay, integrated set top boxes to watch cable or satellite TV and voice control based Kinect system. This version competed with Nintendo’s Wii U and Sony’s Playstation 4. Besides these they also have online services like Xbox Live Marketplace and Xbox SmartGlass. 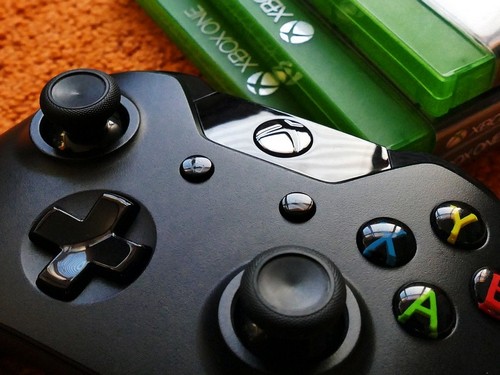 Microsoft follows a competitive based strategy for this video gaming console brand Xbox in its marketing mix pricing strategy.

Owing to this pricing strategy they have managed to earn huge profits that are generated through its remarkable sales. Alongwith their prices they provide superior quality and advanced features unlike competitors. Traditional console is sold at US$299.99 as it is wired. The Xbox 360 old model was sold at varying prices from US$299.99 - US$479.99 depending on the internal memory size and variant. The newer model is available at prices ranging from US$199.99- US$299.99 depending on whether it is 4 GB internal memory or 4 GB internal memory + Kinect or 250 GB. Recent version of Xbox that is Xbox One is sold at prices ranging from US$499 for Kinect Bundle to US$399 for Standalone. Xbox in other available markets are priced accordingly. Besides these prices the company also provides discounts and added benefits so as to maintain the loyalty amongst its customers.

Following is the distribution strategy in the Xbox marketing mix:

Microsoft uses its vast distribution channels to sell this product and attract as many customers as possible. The outlets that are available for the sale of Xbox are attractive and have well trained staff so as to maintain current customer relationships as well as attract new customers. Many local game stores sell Xbox products in India. Besides being offline, Xbox is available on Flipkart and Amazon so that customers can acquire the product at their doorstep.

The Xbox games online can be played from anywhere at anytime all over the world.

Xbox does most of its promotion through its website available for players worldwide. Xbox provides unique games compared to its competitors boosting its popularity. Xbox 360 was launched on MTV and later at the Electronic Entertainment Expo (E3) giving complete detailed information of the product. This strategy resulted in a complete sell out of the product upon release. The Xbox logo is very unique and has never changed since its inception creating a stronger brand recall. The online games can be played between different people across the globe ensuring word of mouth marketing. Besides these they have advertisements on magazines, internet sites and even online contests on their website providing customers suitable rewards. All these promotional activities have helped maintain sales of Xbox. Hence this covers the entire Xbox marketing mix.

Microsoft created a video gaming brand called Xbox keeping in mind the market demand and inclination towards video games. Xbox was introduced in November 2001 in United States as the original Xbox console. This was Microsoft’s first endeavor in the entertainment zone. The brand has a series of video gaming consoles released in sixth, seventh and eighth generations as well as applications, games, streaming services and Xbox Live which is an online service. The first console by Microsoft was introduced after Atari Corporation discontinued sales in 1996. Microsoft introduced two new consoles namely Xbox 360 and Xbox One and has sold millions of units worldwide. Xbox was available in Japan, America, Australia and Europe.

Besides being a gaming console it is also available online on the Microsoft website which is accessible to everyone across the globe by just logging in. Xbox has major competition with Nintendo Wii and Sony PlayStation 3.