The threat of new entrants in the Xbox Porter Five Forces Analysis can be explained as follows:

Xbox is one the leading gaming console companies, under the umbrella of Microsoft. Capital expenditure is very high in this industry since the manufacturing of gaming consoles requires considerable spend in terms of setting up the infrastructure required. The hardware manufacturing expertise required to develop a competing product of the likes of the Xbox and the PlayStation is extremely high. The product differentiation is quite high in this industry with all the major players in the industry having their own platform and library of games. Developing this library is particularly costly as the current players already have huge libraries with AAA game titles, all of which cost a lot in licensing fees. Many of these popular titles are owned by the owners of these industry leaders (Microsoft, Sony, and Nintendo) and hence it will be much more expensive for a new entrant to license these titles from the current owners. Also, developing one’s own AAA game title is not an option as this is extremely resource intensive and requires a lot of expertise. Hence, we can say that the threat of new entrants is very low and hence this is a very strong force. 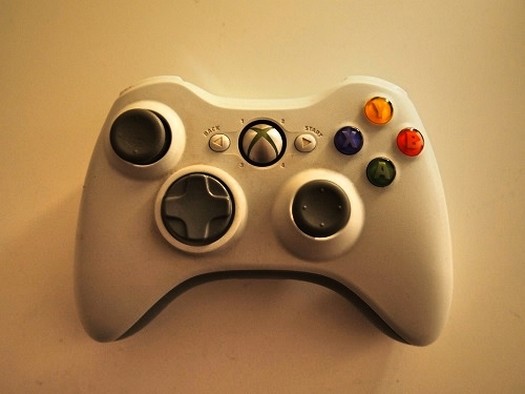 Below are the threats of substitute products of Porter’s Five Forces analysis of Xbox:

The threat of substitutes in this industry is moderate.

The substitutes for gaming consoles are gaming PCs. To a smaller extent one can also include gaming laptops in the list of substitutes as well. However, people who prefer gaming consoles rarely consider the substitutes because of the simplicity of operating a gaming console. Also, the augmented benefits of a gaming console also ensures that the appeal of these substitute products is much lesser. Hence, Xbox can rely on a certain amount of loyalty from customers. The recent acquisition by Microsoft of Activision Blizzard and Bethesda means that Xbox has a huge library of games available for their customers. The recent price rise of silicon chips due to supply chain uncertainties has affected the PC gaming industry, especially the GPU industry, much more than it has affected the prices of gaming consoles. Hence, the threat of substitutes is moderately low given the current market scenario, but this can become a moderate force if the supply chain for semiconductors stabilizes.

In the Xbox Porter Five Forces Analysis the bargaining power of the customers can be explained as:

Since there are very few major players in this sector, there is a tendency for the bargaining power of the customer to be lower. The product is highly differentiated as the features of the Xbox are quite different to those of competing companies. The switching costs are quite high for the customer and plenty of the games that have been purchased might not be compatible with competitor products and hence these will be foregone. These are high quality products and hence the customers for these will not be very price sensitive. After Microsoft’s acquisition of Activision Blizzard and Bethesda, Xbox can command even more value for the price it costs since it can offer a wider variety of games which will be immediately compatible with the Xbox on release in case of new titles. Also, the customer base for its products is quite large and this means that the individual customer really does not have a lot of bargaining power.

Hence, this is a weak force.

Following is the bargaining power of suppliers in the Porter’s Five Forces analysis of Xbox:

There are relatively fewer number of suppliers in the industry who can manufacture high performance semiconductors and hence there is very little bargaining power that the company, Xbox, can command over these suppliers. However, there are several suppliers in the market for most of the other physical components. Hence, the company can always negotiate good prices with these suppliers, or they can switch suppliers if the company finds the terms unacceptable. However, when it comes to games that can be played on this platform, there are extremely high number of suppliers on the market and very few developers. The developers also have to make sure that all the major players in the market carry their games on their platforms and hence there is virtually no exclusivity for independent developers. Hence, in this regard there is very little bargaining power for the developers since the Xbox platform has a huge number of users. Overall, the bargaining power of suppliers is quite low, and this is a weak force.

The impact of key competitors in the Xbox Porter Five Forces Analysis is as follows:

There are few makers of high-end gaming consoles in the market with most of the market taken by Sony’s PlayStation and Nintendo’s Switch. However, while the Switch has been selling the highest number of units because of its hybrid modes of operation. This is a challenging for Xbox as the Switch is priced at a similar price point as that of the lower end models of the latest generation of consoles, the Xbox Series S. The PlayStation 5 is also a huge competitor to the higher end model of the latest generation of Xbox consoles, the Xbox Series X. According to the head of the brand, these traditional competitors are no threat to Xbox because of the new direction they are heading in, it is other big technology companies like Meta, Amazon, and Google. This is a very competitive space as both the traditional competitors as well as the non-traditional companies are very big companies.

Hence, we can say that competitive rivalry is very high and hence this force is extremely strong.

To conclude, the above Xbox Porter Five Forces Analysis highlights the various elements which impact its competitive environment. This understanding helps to evaluate the various external business factors for any company.