Marketing Strategy of Warner Bros analyses the brand with the marketing mix framework which covers the 4Ps (Product, Price, Place, Promotion). There are several marketing strategies like product innovation, pricing approach, promotion planning etc. These business strategies, based on Warner Bros marketing mix, help the brand succeed in the market.

Warner Bros marketing strategy helps the brand/company to position itself competitively in the market and achieve its business goals & objectives.

The product strategy and mix in Warner Bros marketing strategy can be explained as follows:

Warner Bros is one the leading global entertainment organizations, movie makers and distribution company. Warner Bros is involved in distribution of theatrical motion films, TV shows, home video products and television programming in its marketing mix. Warner Bros has been one of the most innovative creators of the films, television content and video games. It has one of the largest global studio and considered first in providing home entertainment. Warner Bros’ publishing division of Time Warner publishes books and magazines. It has acquired several film libraries due to mergers and acquisitions and the popular ones include The Lego Movie, The Hobbit Trilogy and many more. The main products of Warner Bros are its movies made in Hollywood, which have a global audience. 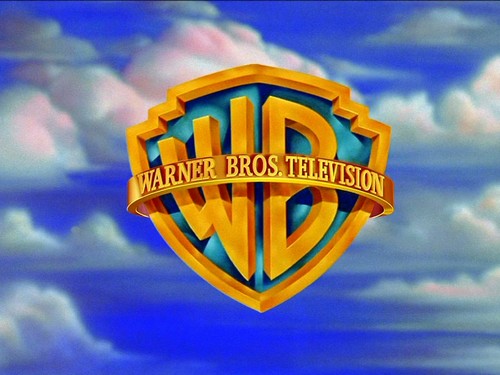 Warner Bros has got a wide offering to its audience and hence a wide pricing strategy.

The film industry is volatile and competitive hence Warner Bros carefully plans its investment into films and distributes films after analysing various scenarios. TV content product revenues are generated from licensing of TV shows and programs to network and premium pay television services. The Blu Ray and DVDs of Warner Bros are priced competitively and behind the scene footage is also provided. Warner Bros signs a contract with the producers of the film to distribute it across select regions across the world. The pricing decisions in its marketing mix that are involved in distribution of films are taken as per the film budget allocated and region to be distributed.

Following is the distribution strategy in the Warner Bros marketing mix:

Warner Bros has got a global reach owing to its popular movies and excellent worldwide distribution. Warner Bros movies and TV series can be accessed online through Amazon Video, iTunes, WB Shop. To purchase from Amazon video, users can rent the movie for a minimal amount and has 24 hours to watch the video. They can buy the movie also by choosing SD or HD configuration. Users can also purchase from iTunes store but is compatible on iOS devices or requires iTunes Player to support playback. In the Warner Bros WB Shop, customers can purchase books and movies in 4K, Blu – Ray and DVD format. It also sells accessories and merchandise on WB Shop where customers can purchase their favourite movie character accessories.

The TV series are aired on various channels across the world that has exclusive telecast rights in collaboration with Warner Bros.

Warner Bros creates promotional hype by initially releasing film posters followed by a theatrical teaser and trailer of the films. Warner Bros slowly releases various promotional posters through the period creating curiosity among movie enthusiasts. Then character posters are released with character’s name and quick biography details identifying character trait. The announcement trailer sets up the basic plot of the movie followed by a teaser trailer released on popular occasions like movie awards or comic con. As far as online and social platforms are concerned, its website provides much more detail of the movie and shows behind the scenes shots and working with cast. Warner Bros also releases TV spots and uses promotional hashtags on Twitter to make the film popular among followers. It holds Q & A sessions with the film cast on various platforms like Comic-Con. It also sells merchandise online on its website WB Shop.

Since this is a service marketing brand, here are the other three Ps to make it the 7Ps marketing mix of Warner Bros.

Warner Bros focuses a lot on the people as an organization whether it’s the employees or the customers. The key people involved are Kevin Tsujihara (Chairman and CEO), Edward A. Romano (Vice Chairman), Toby Emmerich (President and Chief Content Officer). Its parent company TIME Warner has over 31000 employees. The Warner Bros company and its people focus on diversity that helps in multicultural expansion, workforce development and inclusive growth. It does not differentiate between its customers and focus on providing quality content to all across the globe.

Warner Bros’ movies are its biggest physical evidence in its marketing mix. Warner Bros’ website provides a variety of information where users can download photos, soundtrack and exclusive content. The quality of film production is at par with the latest Hollywood standards and the production unit is involved in rich content delivery. Warner Bros clearly provides rating scale on its video games so that the intended audience can benefit from the same. The offices of Warner Bros are also a form of their physical presence along with their stores.

Warner Bros has several processes in place which ranges from movie production to distribution to marketing. Warner Bros has collaborated with YouTube for video distribution agreement to host content for a wide range of TV shows and movies. It uses processes that encourage efficient distribution of films across the world. The company uses efficient packaging of its products and intends to deliver on time. Hence, all these above mentioned cover the marketing mix of Warner Bros.

Warner Bros is a division of Time Warner and headquartered in Burbank, California. It is a member of MPAA [Motion Picture Association of America]. The founders were Harry Warner, Albert Warner, Sam Warner and Jack L Warner and the company name was originated based on names of founding brothers. The company is involved in production of films, television and video games. Notable films under production of Warner Bros include Superman, The Matrix Trilogy, Harry Potter Series, The Dark Night Trilogy, The Hangover Trilogy, Fantastic Beats and Where to Find Them and Many more. The Dark Night is the highest grossing domestic film distributed by Warner Bros. Warner Bros remain category leaders in Home Entertainment and are trendsetters in digital realm with VOD.