The threat of new entrants in the Warner Bros Porter Five Forces Analysis can be explained as follows:

Warner Bros is an iconic entertainment company, which has given legendary movies and characters to the world. The company transformed the film industry by syncing audio-video in the mid-20th century, and has since been growing rapidly, touching a revenue greater than $20 billion every year. The entertainment industry requires huge sums of investment in creating a production house and signing contracts with artists, who would star in the movies/ shows. The setup for each piece of content is extremely costly, which can be observed from Netflix spending millions of dollars on each movie they produce. Especially in today’s ultra-HD viewing devices and the role of Augmented Reality and Virtual Reality in content, the level of capital required just to start off would make it challenging for anybody to enter the market. Secondly, the companies usually have a loyal customer base, which demotivates newer players to enter. The regulatory issues become a major concern, especially when a company wants to distribute its content to different countries, as the local laws come into play. This makes the threat of new entrants a weak force in analyzing the competitive landscape of Warner Bros. 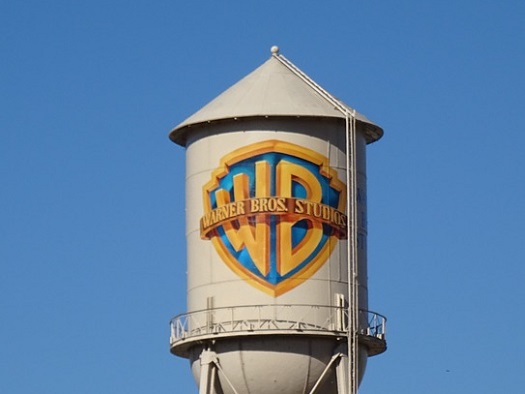 Below are the threats of substitute products of Porter’s Five Forces analysis of Warner Bros:

Traditional means of watching movies and shows has been replaced by OTT platforms to a great extent.

The companies are preferring to directly release the content exclusively created for these platforms. Also, gaming industry has become a major source of entertainment, becoming the fastest-growing industry in the world. The same people who might have consumed content are now into gaming. The popular OTT platforms like Netflix are now experimenting with gamified content, including AR/VR into their offerings. This means that the industry is fast moving, and while the classics of Warner Bros would have a nostalgic space in people’s hearts, the company needs to evolve to create a space in their wallets. Metaverse is another looming threat, that can directly divert customers off Warner Bros’ content. Therefore, we may conclude that the threat of substitutes is a strong force to define the competitive strategies for the iconic company.

In the Warner Bros Porter Five Forces Analysis the bargaining power of the customers can be explained as:

Warner Bros has a loyal customer base, with people religiously following some of its iconic characters across different editions of movies that feature them. The popularity of the company is immense because it has released these legendary movies. However, at present, the customer has far too many choices available than ever before. Thanks to the internet, plenty of content is available for free. The switching cost for the customer is negligible. Price is not a sensitive point anymore, but the quality and distinctiveness of the content is. Also, as the customer base is concentrated and can quickly connect over internet platforms like Twitter and Reddit, the bargaining power they together hold, and the level of impact of their sentiments on company’s decisions increases.

Hence, we may conclude that the bargaining power of customers is a strong force to shape the competitive environment for Warner Bros.

Following is the bargaining power of suppliers in the Porter’s Five Forces analysis of Warner Bros:

The suppliers of Warner Bros would include the contract artists and the employees of the company, which generate the content for them to extract. Since these people are internal and can affect the direct working of the company, their bargaining power becomes substantial. It is extremely difficult for companies to find the right talent at the right price, fitting the company culture. Also, unfair treatment of your employees leads to significant backlash on platforms like LinkedIn, leading to both internal and external damage. Hence, we may conclude that the bargaining power of these internal suppliers is substantial, as these are the people who make the company that is.

The impact of key competitors in the Warner Bros Porter Five Forces Analysis is as follows:

The company has strong rivalry with Lucasfilm, MGM, Sony Pictures Entertainment, HBO, and Disney. Each company produces its own set of content to appeal to the customer base. The customer too has plenty of options of viewing quality content on YouTube, Netflix, Amazon Prime, etc. These websites have the content from these traditional players, but also their exclusive content, which is gaining popularity recently. The content from Warner Bros faces competition from AR/VR industry, as well as Gaming industry. The customer is loyal, but the switching cost is low too. They won’t shy away from trying different movies based on interest, quality and reviews.

To conclude, the above Warner Bros Porter Five Forces Analysis highlights the various elements which impact its competitive environment. This understanding helps to evaluate the various external business factors for any company.