The threat of new entrants in the Gillette Porter Five Forces Analysis can be explained as follows:

Gillette is an established and globally renowned company specializing in production and sales of male and female grooming products. The company has a strong brand recall and deep distribution ties in more than 200 countries and territories of the world. For any new entrant, firstly creating a better product and value proposition than Gillette is itself an uphill task. Secondly, the availability of the product in relevant stores, replacing the space occupied by other incumbent products and incentivizing the retailers to place it appropriately is a challenge. However, because of the penetration into multiple categories, the positioning of particular products is very ambiguous, and a less-aware customer usually ranks the products by price, not knowing tangible differences. This opens space for new players to capture niche markets and hurt the company. Also, for the products priced at the lowest end, customers wouldn’t be as aware or rigid on the brand they use but the availability. Therefore, because of a few avenues of entry, the threat of new entrants is a moderate force affecting the competitive environment of Gillette. 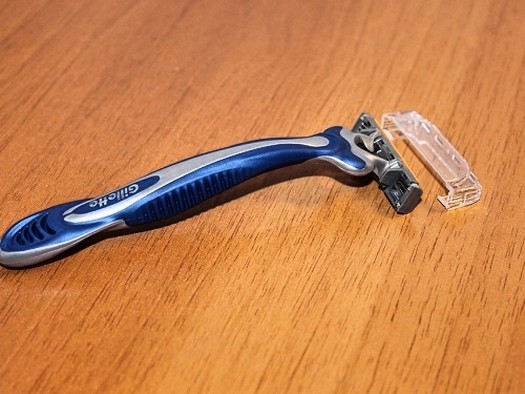 Below are the threats of substitute products of Porter’s Five Forces analysis of Gillette:

Grooming is a necessity and there can virtually be no substitute for grooming products.

However, electric trimmers and razors are gaining popularity, and more technologically advanced products can also come in future that can steal the customers from the traditional shaving products that Gillette keeps its forte in. The switching costs of the consumers are low, since most of these products are one time investments. Although, from a general perception, the traditional customers are usually unsatisfied with the upcoming products because of the quality of grooming, since they are used to the age-old methodologies. Also, these products are available to a relatively smaller section of society only because of cost and availability constraints. Therefore, we can conclude that the threat of substitutes is a weak force affecting Gillette’s competitive prowess.

In the Gillette Porter Five Forces Analysis the bargaining power of the customers can be explained as:

Gillette sells its products based on the razor-blade model. This pricing strategy entails selling the razor at affordable prices with less profits and pricing the blades at a relatively higher price to draw margins and hence profitability. This model is highly successful because of the exclusive compatibility of the razor and blade which makes the customer stick to the same company. This loop can only be broken if the customer invests in another razor, which feels like an unnecessary expense. Therefore, the bargaining power of the customer is strategically cut short, and the company is able to control the pricing of the shave. However, if the customer chooses a different company in the first place, it becomes equally difficult for Gillette to acquire that customer.

Thus, it can be concluded that bargaining power of customers is a weak force to shape competitive landscape of Gillette.

Following is the bargaining power of suppliers in the Porter’s Five Forces analysis of Gillette:

Most of the suppliers of Gillette are small-scale, and supply only individual materials to the company. They operate at a long-term contract, which defines the quality requirements and the pricing levels. Since the operations are diversified in 60+ locations in 25+ countries, the complexities at the individual suppliers can be hedged by raw materials from adjacent manufacturing units, hence reducing the negotiating power of the suppliers. There is no scope of forward integration, as the product is only a small part of the expertise of Gillette, which also relies on strong marketing and sales teams for revenues and growth. The switching cost of Gillette is very low. The company also has adequate knowledge and experience working in the industry, hence giving it an upper edge. Therefore, we may conclude that the bargaining power of suppliers is a weak force affecting the competitiveness of Gillette.

The impact of key competitors in the Gillette Porter Five Forces Analysis is as follows:

Gillette has been a market leader in setting trends and bringing technological advancements in shaving razors. They cater to a wide range of customer, from their mass market to reasonably sophisticated products. The number of significant players in the grooming industry are limited. The industry itself is growing at a fast rate, owing to an increase in service-based jobs and the requirements, along with the increase in standard of living across the globe. This means that companies need not poach each other’s customers for growth. The market leadership position is clear and well captured by Gillette, with presence in more than 200 countries and territories. The products are well segmented, which allows the players to try and capitalize different positions in the market and capture sub-segments. The business model, as defined previously, incentivizes the customer to stick with the brand chosen.

Hence, we can say that competitive rivalry is a weak force affecting the competitive outlook for Gillette.

To conclude, the above Gillette Porter Five Forces Analysis highlights the various elements which impact its competitive environment. This understanding helps to evaluate the various external business factors for any company.