The threat of new entrants in the Coles Porter Five Forces Analysis can be explained as follows:

Coles is a leading retail chain with widespread geographic operations. The regulations and barriers for entrance for new players are low in the retail sector of Australia. Anyone with finances and the strategy can enter the retail sector and gain customers through new technology or customer relation tools. There has been the dominance of Coles and wools worth for decades, but players like ALDI have begun to rise and eat out the market share of the big stores. Any new technology can disrupt the market, and it will take a huge capital investment for the bigger player to remodel their existing infrastructure. So, the threat of new entrants is medium to high in the retail industry if the new player can crack the distribution network of existing players. 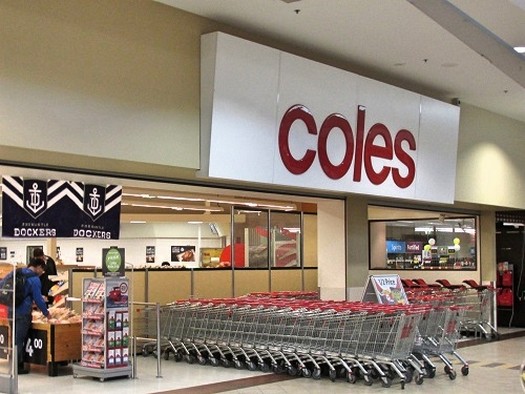 Below are the threats of substitute products of Porter’s Five Forces analysis of Coles:

Coles works on a unique set of online and offline sales models with a broader distribution network across Australia.

So, it is easier for people to take the services of Coles while being at home with an amazing service experience. There is a threat of domestic shops replacing the sales of Coles as they offer lower unit SKUs and run on the credit-based system in which users have to pay once at the end of the month. Also, the domestic shopkeepers deliver the goods at home, and there is a trust relationship with the area vendor. But the price offered by the bigger players would be low due to bulk negotiations with the suppliers and would favor their advantage. Considering the above points, the threat due to substitutes is low to medium.

In the Coles Porter Five Forces Analysis the bargaining power of the customers can be explained as:

Coles and other big supermarkets are selling the goods at a lower price than the normal retail stores due to supplier prices negotiation of listing their products across Australia and also due to volume buying of the Goods. Also, the stores are used for advertising and launching new products, making a variety of options for the customer and one-stop solutions for their needs. Also, they are providing in-house delivery and courier services with great customer satisfaction. Due to the wider distribution network of the chain, it is easier to transport goods faster. All of these factors favor customers, and they can save some part of their food or groceries monthly budget.

All of these factors make the customer attracted to the supermarket and lead to a decrease in their bargaining power.

Following is the bargaining power of suppliers in the Porter’s Five Forces analysis of Coles:

Coles currently has more than 800 stores across Australia and has a strong market share across the retail stores, making it the second-largest player. Only Woolworths have a greater market share, and the remaining players in the market are relatively smaller. The large presence of Coles makes it easier to negotiate with the supplier for better prices, and the suppliers will be ready to negotiate in order to list its product across the country. In the recent past, cols have been held responsible for the exploitation of workers in the supply chain network leading to bad Public relations. Overall the bargaining power of suppliers is low.

The impact of key competitors in the Coles Porter Five Forces Analysis is as follows:

There is intense rivalry between the supermarket players in Australia, and it is also known for being the most concentrated market. The existing leading player's Coles and Woolsworths undergo price wars, and their rivalry is also famous in Australia. There is also a history of yearly rule matches between wools worth and Coles, which were later discontinued due to violence. There is a rise of newer players in the market due to the bad public relations of big players because of supplier relations and exploitation of workers in the supply chain.

Due to the existing price wars and aggressive marketing strategies, the retail sector has become highly competitive, thereby reducing the profitability of the players in the longer run.

To conclude, the above Coles Porter Five Forces Analysis highlights the various elements which impact its competitive environment. This understanding helps to evaluate the various external business factors for any company.