The political factors in the Coles PESTLE Analysis can be explained as follows:

Coles Supermarkets, along with the competitor brand Woolworths hold a near duopoly in the Australian supermarket space. For this, they have come under fire several times by several governmental entities, including the Australian Competition and Consumer Commission (ACCC). Coles have been accused of strangling their suppliers in a bid to outperform their competitors. The duopoly issue has also been used by political parties as their election campaign issues which could cause future problems for the supermarket giants. A recent legislation by the government that made it mandatory for companies with revenue over $100 million to report on modern slavery in their supply chain proccess also affected Coles. The law resulted in the activist shareholders of the company campaign for a change in the company's policy regarding supply chain and worker policies. 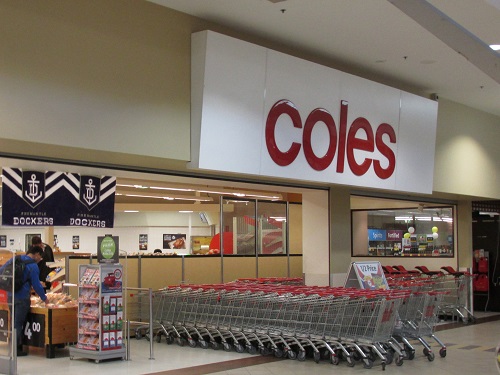 Below are the economic factors in the PESTLE Analysis of Coles:

The recent demerger of Coles from the parent Wesfarmer group is an important landmark for the company from an economic point of view.

Coles currently has around 33% market share in the Australian supermarket space and is considered to be in a stable, low-growth mature business. A threat to Coles could be caused by the low-cost international retailer Aldi, which has been slowly and steadily expanding its footprint across the Australian landmass. The Germany based company focuses exclusively on private labels which helps it to keep costs low and margins high, which puts immense pressure on Coles to compete on this front. Any attempt to increase market share by Coles, will be met by an immediate reaction by its competitors which is why in its annual report, Coles have decided upon focusing on maintaining the existing market share.

Coles prides itself on being socially conscious which is clearly defined by its purpose statement 'sustainably feed all Australians to help them lead healthier, happier lives'. It has an Australian First sourcing policy and has contributed $115 million in community support in the previous fiscal year. It also donated about 114 million meals in the same year as part of its mission to address food insecurity. Focusing on the trends of the society, the company listened to the campaign against its holding of poker machines. As a result, the company decided to move itself away from its gambling business, divesting in about 3000 poker machines. Keeping safety at the forefront, it follows a SafetyCARE system that gives a detailed guideline on how to keep its various stakeholders like employees, customers, suppliers etc. safe.

The technological factors in the PESTLE Analysis of Coles are mentioned below:

Technological factors have brought both positive and negative impact on the functioning of Coles. On one hand, technology has enabled internet based e-commerce websites like Amazon to permeate the retail space which has presented new challenges to the traditional brick and mortar supermarket of Coles. On the other hand, it has enabled Coles to adopt a program like 'Smart Selling' to cut down on costs. As part of the program, Coles plan to save around $1 billion over 4 years by use of automation in manual jobs and simplifying above-store jobs by removing duplication of effort. Coles plan on using new SAP stacks for Finance, procurement, human resource management etc. and also plans on using artificial intelligence to better identify and serve customer needs.

It also plans to optimize supply chain process by the use of wearable technology by workers.

Following are the legal factors in the Coles PESTLE Analysis:

Coles recognizes the legal factors that can affect its operations in the future and has planned its targets as per the possible legal risks involved. It identifies the need for compliance with various laws like Council By-Laws, Competition and Consumer Laws, Corporation Laws etc. Some of the potential legal risks stem from the laws regarding carbon emission and other environmental laws which can change and come into effect very quickly as per policy changes. These laws can lead to huge costs which can disrupt the functioning and targets of a company. Coles' legal team works with various stakeholders to ensure that they remain compliant to various present laws and are well equipped to handle any future possible changes. They also keep track of any potential litigation that can result in damage to the brand reputation and profitability.

In the Coles PESTLE Analysis, the environmental elements affecting its business are as below:

Coles has been working to manage its operations in a sustainable manner for which it has adopted a sustainable strategy involving publishing of a sustainability report. As part of its work towards the environment, it has adopted a system called 'REDcycle' for the recycling of soft plastics across all its supermarkets. Coles has announced a $50 million nurture fund for the better treatment of animals.

This includes providing the animals freedom from hunger, thirst, discomfort etc. Some of the other achievements on the environment front include a 6% decrease in Greenhouse gas emissions as compared to FY18, removal of 1.7 billion plastic shopping bags from stores and 74% of waste diverted from landfills. Its future targets include recycling of all own brand packaging in stores/kerbside and diverting 90% of waste from landfills.

To conclude, the above Coles PESTLE Analysis highlights the various elements which impact its business performance. This understanding helps to evaluate the criticality of external business factors for any brand.