The threat of new entrants in the Nokia Porter Five Forces Analysis can be explained as follows:

Nokia is a world leader in mobile, cloud & fixed solutions, driving the business globally. The mobile phone industry is a highly competitive industry with many big players like Apple, Samsung, etc., dominating the market in terms of volumes. Due to the volumes, the big players can offer smartphones at a lower price and gain a larger market share. Also, a huge amount of manufacturing and R&D expenses are required to set up a mobile manufacturing unit like Nokia, which is not easy for new entrants. A bigger financial backing is required. Also, the existing brands have created strong brands and trust in the minds of consumers to not let in new players to make space easily. All of the above factors make the entry of new players restricted, thereby decreasing their threat. 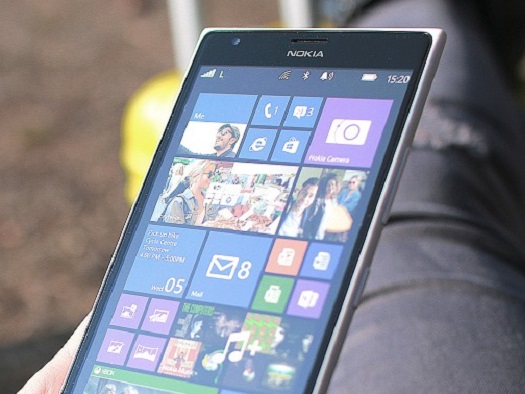 Below are the threats of substitute products of Porter’s Five Forces analysis of Nokia:

The substitute in the mobile phone industry for companies including Nokia is not many as mobile has become a regular body part of an individual and it is very difficult to spend a day without the mobiles.

Also, the pressing need of the hour to be in constant touch cannot be offered by any other devices In the market. Internet calling and social media platforms have been another source of communication, but they are widely accessed through mobiles by the larger part of population. There are some devices like a watch with a calling feature or smart glasses, but they are not able to replace mobile phones. There can be a better and more advanced form of phones in the market, but no substitute seems to replace them in the foreseeable future. Hence the threat of substitutes is less. Some obsolete & older methods of communication like letters, postcards, telephone booths etc. are also substitutes to mobile communication.

In the Nokia Porter Five Forces Analysis the bargaining power of the customers can be explained as:

The mobile handset industry is a vast industry with many big players giving a dozen of choices to the consumer at competitive prices, thereby increasing the bargaining power of the customers to easily switch if they are unsatisfied with the current brand (Nokia). The majority of the mobile phone sales are done after comparing the specification and prices on the internet sites, which are just a touch away from the consumer. As well as, Nokia does not have exclusive stores to sell their phones, thereby listing its products on the online sites and the retailers with more available options. All of the above factors lead to a highly sensitive market to price and features, and new handsets are launched every month. Nokia is also lagging in terms of smartphone designs and features due to a lack of innovation.

Hence the bargaining power of the customer is high.

Following is the bargaining power of suppliers in the Porter’s Five Forces analysis of Nokia:

There are a lot of suppliers available in the market to supply the required component in the market, and expanding the supplies to different suppliers have reduced the bargaining power. Also, mobile phone manufacturers like Nokia buy the material in bulk to negotiate for better prices. But there has been a global chip shortage globally, leading to hit the mobile phone industry. The shortages of chips have caused the industry's stocks to lower, and big players in the industry would be able to have more access to chips, thereby increasing the bargaining power of chip manufacturers. Hence currently, the bargaining power of the supplier is high due to global chip shortages making it a critical component of production.

The impact of key competitors in the Nokia Porter Five Forces Analysis is as follows:

There is intense competition in the mobile phone industry for Nokia, with very big players like Apple, Samsung, HTC, Xiaomi bombarding the market with newer and innovative products in a shorter duration of time. Also, the R&D Expenditure of the firms is huge to tap into every possibility of innovation and offer a newer set of features to the customer at competitive prices. The rest matches the price and features of the competitors within a shorter period in order to retain the customer base. The differentiation level in the products is very low, and customers can easily switch to the product base of competitors if they find something unique. Nokia is one of the largest players in the industry with a decent market share.

To conclude, the above Nokia Porter Five Forces Analysis highlights the various elements which impact its competitive environment. This understanding helps to evaluate the various external business factors for any company.