Marketing Strategy of Nokia analyses the brand with the marketing mix framework which covers the 4Ps (Product, Price, Place, Promotion). There are several marketing strategies like product innovation, pricing approach, promotion planning etc. These business strategies, based on Nokia marketing mix, help the brand succeed in the market.

Nokia marketing strategy helps the brand/company to position itself competitively in the market and achieve its business goals & objectives.

The product strategy and mix in Nokia marketing strategy can be explained as follows:

Nokia is one of the most prominent consumer electronics and telecom equipment company, which was once an undisputed mobile brand. Nokia’s products were known to vary a lot because of their expertise in producing phones and handsets for people from all walks of life. They were the makers of feature phones and ventured into the smartphone as a part of its marketing mix product strategy series with the Lumia range. Nokia Asha was one of the most popular selling phones in India amongst the humble sections of the society. The various designs for phones varied from smart phones, to classic button displays to touch screen and slide sets. Nokia is primarily known for the quality of its products and the durability that it offers. It was one of the few companies to roll out cameras and maps facility in phones. Nokia was also known to produce tablets and mobile computers apart from its expertise in making handsets. Its maps service along with navigation functionality and music features were popular with people from all walks of life. Nokia produced the first mobile phone with an antenna inside, the first smartphone built in camera and the phone to roll out the SMS functionality the first. The popular mobile phones in the Nokia series were C series, E series, N series and X series. 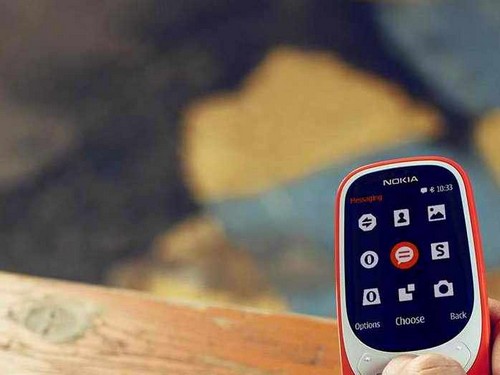 Nokia believed in pricing its products in a way that they had high price variability so as to meet the needs of each and every social class.

Nokia produced phones in the price ranges of $30 to Rs. $3000. However, it also produced basic phones which were known for their utility and sturdiness at price points less than $30 as well. These phones were used by the humbler sections of the society. Nokia’s popular services like Nokia Maps and Nokia drive along with Nokia music were rolled out free of cost for its users. The pricing strategy in its marketing mix was a skimming strategy to skim most parts of the market using a pricing technique which focused on low prices and superior quality in terms of durability and reliability. Prices were set as per significant consumer market research that facilitated effective pricing strategy which was attractive to prospective customers.

Following is the distribution strategy in the Nokia marketing mix:

Nokia did not engage in selling to customers directly. It made use of distributors to engage in the physical distribution of its handsets. The major channels of distribution include selling through operator tie-ups like associations with operators like Vodafone, Airtel, T-Mobile etc., independent retailers, and modern trade retailers like Croma etc., supplies stores, online marketplaces and the website itself.  During the team that Nokia was at its peak, it witnessed 100000 plus distributors across the country, bringing the brand closer to the people. There were Nokia Concept Stores that people could visit and witness the extravaganza associated with the technological space. Initially, Nokia had the strategy of targeting the urban customers with the models of phones that they were launching. Subsequently with the advent of feature phones, they started penetrating into the rural markets as well to capture a fair segment of this population.

At a point in time, Nokia was a major established brand with presence in more than 120 countries, sales in more than 150 countries and research and development facilities in close to 16 nations across the globe.

Nokia uses all media channels to ensure that its customers are communicated about the products. In order to promote itself well within the global smartphone market, Nokia established a partnership with Windows to roll out Lumia phones which gained immense popularity in the markets. When it came to promoting the brand, by associating with brand ambassadors like Shahrukh Khan, Nokia truly upheld its purpose of connecting people by bringing them together through handsets and a mobile phone penetration no one had previously imagined. Nokia promoted itself through television advertisements, sign boards, bill boards, radio and newspapers, brochures, posters, dummies and display stands. They also engaged in personal selling by providing significant product training to the dealers and distributors who sold the product. Nokia, in an attempt to place itself in the minds of the people also introduced gifting concepts back in the early 2000s when they gave the customers attractive offers of grabbing a chance to win Yamaha Bikes and Toyota Vios cars. Hence this gives an insight in Nokia marketing mix.

Back in the days, Nokia was counted amongst the second most popular phone makers in terms of volume after Samsung with a global market share as large as 18% at a point in time which got down to a much lower number as other competitive brands started coming in. Nokia, a Finnish company by origin entered the Indian market in the year 1994. The first ever GSM call was made on a Nokia handset by the name of Nokia 2110.

This was the time when consumers did not prefer using mobile phones and tariffs on importing phones were as high as 27%. Nokia faced stiff competition from Motorola, Siemens and Ericson.