The threat of new entrants in the Hasbro Porter Five Forces Analysis can be explained as follows:

Hasbro is a leading toys & games brand having a widespread global reach. The regulations to enter the entertainment and toy industry are low, and any player's main feature in the market is a differentiated product at a lower cost. Several new players enter the market with newer innovated products and market them strongly to attract the customer. Still, due to the lower volumes in the starting, they take longer to make a loyal customer base and be profitable. Also, it requires a greater chunk of financial resources to set up manufacturing units and scale the industry for profitability. Due to its global presence, worldwide distribution, strong brand portfolio (approx. 1500 brands) and exclusive licenses, and strong innovation team, Hasbro is able to retain and grow the customer base. This makes the threat of new entrants low to medium. 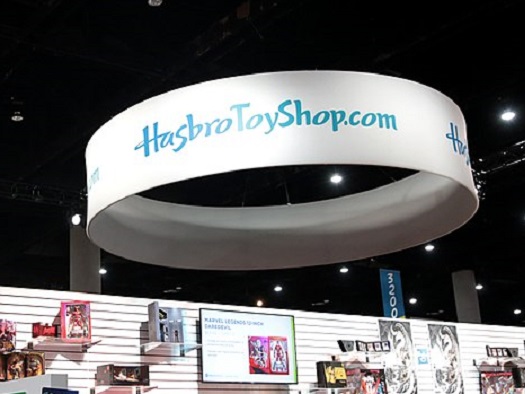 Below are the threats of substitute products of Porter’s Five Forces analysis of Hasbro:

Threat to the toy and entertainment industry mainly consists of the online gaming industry.

Looking towards the trend of upcoming generations, kids and adults have started to move from toy to paling online games making the toy industry die out slowly. Although Hasbro is coming up with video games and other digital entertainment, there are strong industry players. Also, the OTT platforms act as a substitute for the adult population, and players like Netflix, Disney+ and Amazon are becoming another source of entertainment. Another substitute can be Outdoor play and sports which is becoming a feature of parenting in order to keep their child fit. So, by looking towards the above options, there are multiple options available for the kids and adults to enjoy and have entertainment, thereby increasing the threat of substitutes for the industry.

In the Hasbro Porter Five Forces Analysis the bargaining power of the customers can be explained as:

Customers in the entertainment industry want newer products from time to time at a value pricing. They value differentiated products and are attracted by wider marketing campaigns. Customers in this type of industry are Variety seeking and ready to experiment, thereby increasing their bargaining power. Adult kids are more and more inclined towards the digital gaming sides of the industry rather than the toys and are ready to buy subscription plans of the games to play. Due to the larger no of options and competitive price, the switching cost of Hasbro customers is low, and they can frequently change the companies based on the latest and most interesting stuff offered.

Hence the bargaining power of the customers in the entertainment industry is High, and players have to do continuous innovation in order to retain the customers.

Following is the bargaining power of suppliers in the Porter’s Five Forces analysis of Hasbro:

The suppliers in the Toy manufacturing industries are mainly paper and plastics. The product of the supplier is not differentiated, and there are numerous suppliers in the market. Therefore the manufacturer (Hasbro) can spread the supplies across a number of suppliers and can negotiate for the best prices. As the brand buys in bulk due to its worldwide presence and strong brand portfolio, it can get access to raw material at a cheaper cost than the market, and suppliers would be happy to trade due to volume margins and stability of trade. On the other hand, the switching cost for Hasbro is low due to multiple options. Also, the supplier can integrate into the toy industry, but due to the strong brand presence of Hasbro and exclusive licenses with the players like Marvel, the brand is the dominant player. All of the above factors make the bargaining power of suppliers is low.

The impact of key competitors in the Hasbro Porter Five Forces Analysis is as follows:

Competition in the industry (Toy and entertainment) is intense, and strong global players are catering to the same profile of customers. The major global competitors of Hasbro include Mattel, Fisher-price, Lego group, etc. These companies come with a unique set of offers and cost differentiation in order to lure the customer and fight for the market share. On the other hand, domestic players give a tough fight to the international players by customizing according to the regional needs and taking a chunk of the customers. There also exist manufacturers in China that imitate the products from global companies and sell at a lower price due to the manufacturing advantages, thereby eating away a part of sales of the global players.

All of the combinations of the above factors make the industry highly competitive and have a hit on the profit margin of manufacturers, making it difficult for them to defend.

To conclude, the above Hasbro Porter Five Forces Analysis highlights the various elements which impact its competitive environment. This understanding helps to evaluate the various external business factors for any company.