The threat of new entrants in the Burberry Porter Five Forces Analysis can be explained as follows:

Burberry is an iconic British brand, started in late 19th century. The company innovated water-proof trench coats which were easy to wear, and the Burberry checks. These were quickly adopted by the aristocratic families and officers of the armed forces, giving the brand a unique positioning of luxury and class. When we look at the industry of lifestyle clothing, heritage and brand value come at top. Price differentials don’t matter, as the customer is specifically looking for exclusive products as an entry into the upper class of the society. The legacy of the brand matters a lot, something that cannot be bought even by burning millions of dollars. Burberry enjoys a similar positioning in the global market. It would be challenging for any new entrant to sustain their operations because of competition in raw material sourcing, manufacturing capabilities, scale, stores, and adoption by premier class. The capital expenditure required would be too high for the brand to establish profitably. Therefore, we can conclude that newer entrants are not a direct competitor to acquire the customers that the company particularly caters. We may rate the threat by new entrants as a weak force to affect the competitive environment for Burberry. 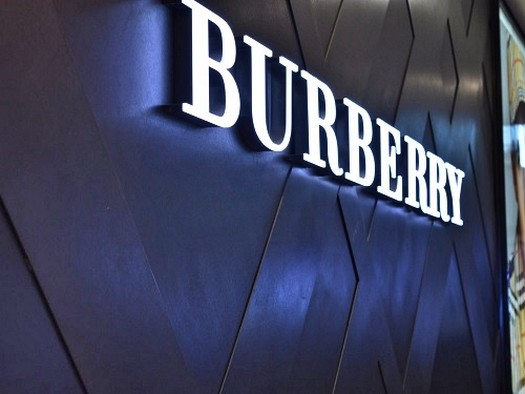 Below are the threats of substitute products of Porter’s Five Forces analysis of Burberry:

Burberry specializes in only some types of clothing, the most popular among them being the trench coats.

They tried to create an elaborated product portfolio, including different clothing styles and a range of accessories. This resulted in a significant drop in the brand value because the company lost the factor of exclusivity. The people who bought from its stores wanted to differentiate themselves from lower sections of society, but because of the expansion, people having all sorts of lifestyles could get their hands on a Burberry product. Hence, the popularity of the brand dropped, and people started considering alternatives, making the company eventually roll back their product lines in an attempt to create value. Now, since the company would not taste the bitter medicine again, this leaves them exposed to different clothing styles acting as a substitute to classic products, categories they can’t venture into. In the dynamically changing world of fashion trends, substitutes could be a moderate force to define the competitive strategies for Burberry.

In the Burberry Porter Five Forces Analysis the bargaining power of the customers can be explained as:

The customers of Burberry purchase the items for their differentiated experience and premium line of products exclusive to a higher class of people. These products have had associations with the World War, the first expedition to the south pole and other such historic events, and regularly used by the aristocratic families and even the monarch themselves, making them stoned in legacy. There aren’t many other brands which offer the same associations and have a similar positioning to that of Burberry. However, it would be difficult for the brand to attract people who have recently had an increase in wealth, because its targeting is particularly “old money”. The products might feel outdated to the customers, who are habitual of looking at changing trends in fashion industry year on year. If the brand tries to experiment with the product line, it may cause dissatisfaction among the existing customer base.

Hence, we would rate the bargaining power of customers as a moderate force, impacting competitive picture in case of Burberry due to its exclusivity and lack of close alternatives.

Following is the bargaining power of suppliers in the Porter’s Five Forces analysis of Burberry:

Burberry can purchase good quality raw materials from its suppliers at a reasonable rate, owing to its scale of operations. The company has the luxury to change the suppliers, if need be, because of the low switching costs. Individual suppliers don’t play a major role in the overall supply chain of Burberry, but the brand would undeniably be a huge contributor to the top line of these suppliers, hence defining the power balance. These small players have zero scope of vertical integration. Hence, the bargaining power of suppliers is a very weak force in explaining the competitive decisions and strategies at Burberry.

The impact of key competitors in the Burberry Porter Five Forces Analysis is as follows:

Burberry has direct competition with other luxury brands like Prada, Gucci, Armani, Louis Vuitton etc. Each of these brands has a different position in the market and attracts customers in line with their vision. However, as these brands compete for the same customer set, which is a tiny minority of the overall population, the competition is immense. The industry however is expected to grow over the next few years, reducing the need for these companies to attract customers from each other’s stores, relaxing the atmosphere. The increase in online shopping too is impacting the strategies, because even the relatively inexpensive products are sold with a similar experience as compared to luxury goods, reducing the marginal propensity to buy.

All these factors together make a highly critical situation in the luxury apparel industry, and hence we may conclude that competitive rivalry is a strong force to shape the competitive landscape for Burberry.

To conclude, the above Burberry Porter Five Forces Analysis highlights the various elements which impact its competitive environment. This understanding helps to evaluate the various external business factors for any company.