Twitter marketing strategy helps the brand/company to position itself competitively in the market and achieve its business goals & objectives.

The product strategy and mix in Twitter marketing strategy can be explained as follows:

Twitter is one of the most popular social media platforms which is now accessible through website and app. The product being Twitter itself, it adorns users with a supremely friendly user-interface. The product strategy in its marketing mix allows users to share their views through online posts. It is cross-cultural platform where people can share their thoughts, news, ideas and everything other thing that a user wants to share. A user can watch a video highlight or just tweet about the current happenings around the world. People can re-tweet if they like you spread the word and that's how every information around the earth is accessible to every user using Twitter. Also, one doesn't want to be too public the product also helps users to send personal messages. A few features which are provided by Twitter platform are Hashtags, usernames, tweets & retweets, which help in building conversation & communities across the platform. Trending topics, a popular feature on the website, shows the most important events which are happening globally or in a region at that moment. 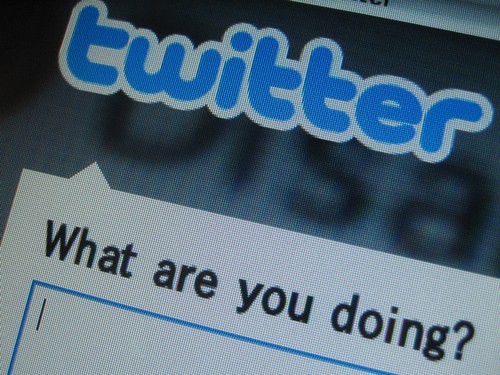 Twitter makes its revenue via advertisements and promotions, largely using advertised tweets, trends as well as registered unique accounts, the company is able to get revenue.

If any company wants to promote their product or their brand Twitter proves to be a great social media platform, baring minimum cost of advertising, unlike hoardings and TV advertisements which take up a lot of cost. Alternatively Twitter makes money via Data licensing as well. For end users, Twitter is a free to use platform, who can simply register and start posting their comments via their account.

Following is the distribution strategy in the Twitter marketing mix:

Twitter bares in mind no particular place, region cast or creed. It has marked its presence in every country across the world. Place no barrier, any person sitting in any corner of the world can tweet about anything that is happening anywhere in the world and with our great efforts to reach others planets, one could tweet about other planets as well.

With its omniscient nature it has managed to attract Prime Ministers, Presidents, governments, institutions, celebrities & influencers of almost all the countries, who more often than not communicate with the citizens just using tweets.

Twitter has especially developed a body which refrains people from misusing Twitter, it makes sure that there is no obscenity in the content that users are posting. Also that nobody is allegedly defaming anybody and other such happenings which could render harmful. Hence Twitter makes sure to render no harm to its existing users by keeping stringent promotional policies which mostly helps its growth and development and barring such rules in mind Twitter is almost self-promoting.

Since this is a service marketing brand, here are the other three Ps to make it the 7Ps marketing mix of Twitter.

When we speak of people associated to Twitter, its the Programmers, the planers and the users that come to our minds. Twitter works by the number of tweets made every hour, every second, and more the number of people online the better it is for Twitter. Twitter is driven by people with a vision to make twitter a subtler platform to express one’s views. In terms of people engagement, more than 300 million people are active on Twitter.

The process of Twitter is quite simple. A user can simply download the application, create an account and start tweeting. If the content seems relatable to other users they will start following the person who tweets. The entire platform is designed by programmers that decode data and understand people’s tweeting habits. Twitter makes money through advertisement and by selling promoted tweets.

For physical evidence a user has to be online and because Twitter is not tangible the user has to experience twitter to understand what purpose it serves. The umber of tweets, the number of businesses and the kind of reach that is developed for a regular user through Twitter is quite evident for any other user. This gives an overview on Twitter marketing strategy & mix.

Twitter Inc. is a social networking platform based out of San Francisco, California. It was only established in 2006 and has come a really long way in a very brief period of time. It is a website created to cater a large amount of Cosmopolitan crowd, baring the Cosmopolitan culture in mind, Twitter comes in a plethora of different languages and has crossed a mark of whooping 300 million users. Founded by Jack Dorsey, Noah Glass, Evan Williams and Biz Stone, 'Larry the bird' being the blue bird logo that is recognized by the world and the messages that are posted are called 'tweets'.

Almost designed for every strata of society right from politicians to celebrities to a common man use Twitter, what started out as a social networking platform has also proved to be a great online news platform. The revenue for Twitter is more than $3 billion annually.