Marketing Strategy of Arsenal analyses the brand with the marketing mix framework which covers the 4Ps (Product, Price, Place, Promotion). There are several marketing strategies like product innovation, pricing approach, promotion planning etc. These business strategies, based on Arsenal marketing mix, help the brand succeed in the market.

Arsenal marketing strategy helps the brand/company to position itself competitively in the market and achieve its business goals & objectives.

The product strategy and mix in Arsenal marketing strategy can be explained as follows:

Arsenal football club is one of the leading football clubs in England, having a global fan following. The fundamental product of the Arsenal is simply the team. The football players show brilliant performance to showcase its product, the team. There are different fixings likewise that are incorporated with this team like its stocks. The shirts that delineate the group are sold worldwide along with its memorabilia scope of items. Arsenal has its very own TV channel and as it plays at different games, it communicates its matches at its own channel. It additionally pitches the privilege to communicate to various different channels at various costs. The club has its own site that causes it to showcase its items with effectiveness. Arsenal has likewise tie-ups with different sites who have the approval to sell the organization's items. As a worldwide brand, it has made rewarding tie-ups with different organizations and moves its very own and different items through its players and its site. 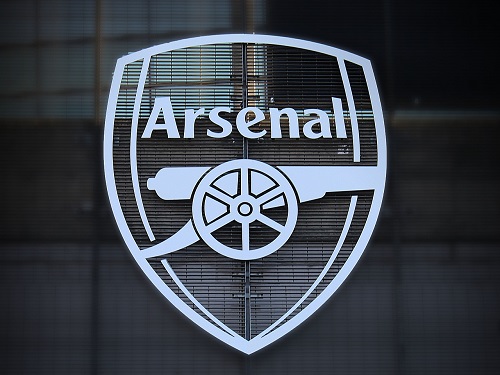 Arsenal has a very loyal fan base and it believes that they are ready to pay any amount to watch their favorite team play. Hence it has gone ahead with a premium pricing strategy. The season tickets are costlier and even the merchandise are of premium quality and prices. As long as the team performs as per expectations, they can earn a fair share of revenues from television broadcasts and this premium pricing strategy.

Following is the distribution strategy in the Arsenal marketing mix:

Arsenal club is currently sponsored by the Emirates airline group and the team plays it home games in the famous the Emirates stadium. But in the initial days back in 1886, they began playing in the Manor Ground at South East London. Apart from the Emirates stadium, Arsenal plays in different other famous stadiums too as a part of their away match and competition schedules.

As far as the merchandises are concerned, the prime market is the European market but it has its huge fan base in African and Asian countries where it sells its merchandises too.

Arsenal is a global brand with a huge fan base all over the world. Since its players are the most important assets to the team, their commercial promotional strategy revolves around the players. It engages in promotional activities with its sponsors as well as with other companies on collaboration. Arsenal has a huge presence in the digital space and it continuously releases training videos, commercials through its social media handles to increase the interaction with its fans all over the world. It has a deal with Nike which manages its merchandise section across the world and it promotes the club to numerous fans across the globe.

Since this is a service marketing brand, here are the other three Ps to make it the 7Ps marketing mix of Arsenal.

The main people to the team are the players. Arsenal boasts of some world class quality players who continuously play well to live up to the standards of the expectations of the fans. On the business front, they hire top quality professionals for different segments of business who can bring fresh thoughts and increase the brand value of the club.

Arsenal football club offers more than a match to its fans. It not only shares images, videos of the games but also follows state of art technologies to create live match day shows, podcasts, and interactive audio video experience. They even go one step ahead and allow their fans to listen to their club-centric commentary through their app. Arsenal thrive in competitive business strategies and compete for some of the greatest of this sports business like Manchester United.

Arsenal club emphasizes creating a holistic experience to its fans. While they keep up the ground to the state of art playing conditions, they conduct the stadium tours, visit the club museum to make their fans more associated with their favorite club. This has worked well for them and they have been able to build up a successful loyal fan base and a rich legacy. Hence this completes the marketing mix of Arsenal football club.

Arsenal Football Club is one of the most prominent football clubs in one of the most famous football league in the world, the English Premier League. Founded in 1886, the club from the North London enjoys the record of enjoying the longest streak in top division football and has been relegated only once.

The club has won many accolades with 13 Premier League titles, 13 FA cup titles to name a few. Nicknamed as the Gunners, the club boasts of nurturing young and fresh talents and has seen some legends of the game to have represented them like Thierry Henry and Patrick Vierra.