Marketing Strategy of Three analyses the brand with the marketing mix framework which covers the 4Ps (Product, Price, Place, Promotion). There are several marketing strategies like product innovation, pricing approach, promotion planning etc. These business strategies, based on Three marketing mix, help the brand succeed in the market.

Three marketing strategy helps the brand/company to position itself competitively in the market and achieve its business goals & objectives.

The product strategy and mix in Three marketing strategy can be explained as follows:

Three Telecommunications or 3 telecom is one of the largest telecom service providers in the world. The services of Three includes Mobile phone network and broadband internet service provision as a part of its marketing mix product portfolio. All Three brand networks both WCDMA and LTE services, which means 4G and 3G while some also run 2G networks. Recently they have come up with 4.5G service. In Hong Kong, they provide Wi-Fi services and gaming services and recently home entertainment. Other services include 3 skype phones and skype on 3. 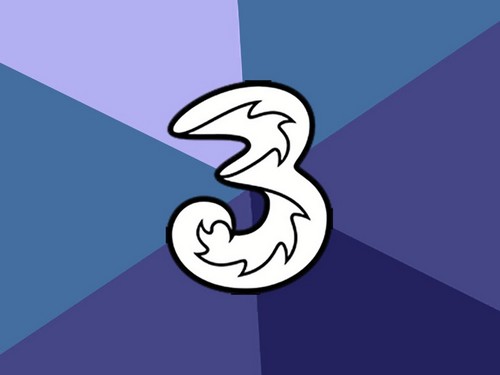 Three Telecommunications has several pricing plans depending upon the service and country of operations.

In telecommunications market, customers tend to switch networks based upon the price provided by the service networks. Three became a customer friendly company with pricing strategy including the cheapest plans and most effective internet plans which lured many customers. Its 'free to browse" portal for countries like UK and Ireland engaged many youth from these countries. Other plans include the user paying a fixed price for each video, text or application downloaded.

Following is the distribution strategy in the Three marketing mix:

Three Telecommunications’ inception was in Hong Kong back in 2002. Currently the greatest number of active users of Three are from United Kingdom. Other European countries such as Italy, Austria, Sweden, Denmark and parts of Ireland are places where it has average market share. Places like Hong Kong and Macau where it was started, can also be seen as a market hotspot of this brand.

Three sets to target the most used segment of the market. Here, they have adopted promotions such as hosting many popular sporting events such as Ashes series in Cricket and other such events which have a high television coverage. They are also actively seen on television ads. And moreover, in telecom industries, word of mouth plays a big role, so the loyal customers here play the role of agents. People using the services generally tend to find the cheapest or the fastest or the network having most coverage according to their needs.

Since this is a service marketing brand, here are the other three Ps to make it the 7Ps marketing mix of Three Telecommunications.

Three Telecommunications focuses on nurturing business based on strong people relations. The CK Hutchison is the parent company of this telecom. Despite being a company from Hong Kong, it has employees from all over the world. The company is headed by Canning Fok Kin-ning who is an entrepreneur and is popularly said to be the "king of employees". The company's employment structure is sub divided in 3 divisional groups namely Hutchinson Telecommunications Hong Kong, Hutchison Asia Team and 3 group Europe.

Being a service industry Three Telecommunications has to focus on its customer needs the most. Its BPO services and tech support are considered as one of the industry bests. The telecom has shown a very progressive growth in context to reaching the coverages. This included efficient development and constant innovation.

Three Telecommunications was launched in 2G business which was in the colour Orange under the name Hutchinson Whampoa. The launch of3G led to its current logo 3. The logo which was originally red in colour and was 3D, later made to White and flat. Its sim card, stores, offices, website etc are all a part of its physical evidence. Hence this concludes the marketing mix of Three Telecommunications.

Three is a global telecommunications company which operate several UTMS mobile phone networks and Broadband Internet operators. The company Three was founded in Hong Kong in 2002 where its headquarter lies. Currently it has a world-wide customer base of around 130 million people.

All the networks under the brand name of Three are subsidiaries of the CK Hutchison. It owns majority interests in Three Group Europe.