What is Pearson's Correlation Coefficient (r)?

The range of Pearson’s correlation coefficient lies between -1 to +1. 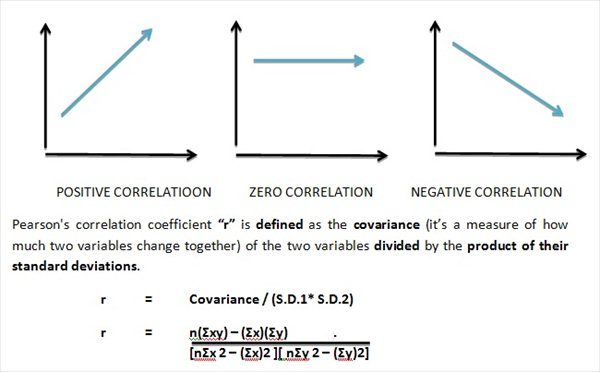 The real life application and example of Pearson’s correlation coefficient is below: