General Mills marketing strategy helps the brand/company to position itself competitively in the market and achieve its business goals & objectives.

The product strategy and mix in General Mills marketing strategy can be explained as follows:

General Mills is one of the largest FMCG companies having a strong portfolio in food, ice-creams and much more. General Mills offers products across many categories as a part of its marketing mix product portfolio. The product range includes products like breakfast cereals, snack foods, baking mixes, refrigerated dough, yogurt, ice cream, soy products, pizza, soup, vegetables and flour. The brand is known all around the world for the quality of their products. In India, General Mills has a portfolio that includes Pillsbury Chakki Fresh Atta (whole wheat flour), Pillsbury Atta with a seven-grain blend, Pillsbury non sticky semiya (vermicelli), Pillsbury cake mixes and custard powder, Green Giant canned corn and specialty vegetables, Betty Crocker baking mixes, Natural Valley granola bars and Haagen-Dazs premium ice-creams. Since 2004, General Mills has started targeting more of the health-conscious market. They have switched their entire breakfast cereal line to whole grain. Oui is a premium yogurt with a range of flavours available and its success is yet to be seen. General Mills is putting all the strength to increase the acceptance of this new yogurt by adopting very innovative and aggressive promotional campaigns on TV as well as on the digital media. General Mills expects to be back on track by strengthening its good performing brands such as Liberte and Annie and will beat the competition brands of Dannon and Chobani which have taken the share of General Mills in the last year. 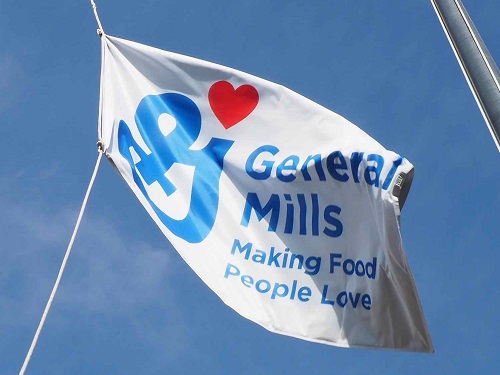 The pricing strategy of General Mills has been influenced lately by the underperformance of all its brands.

Despite operating in a market which has shown signs of growth every year, General Mills sales have not grown, particularly in the Yogurt category. To give in detail, the major hit was in the sale of Yogurt which went down in this year by almost one fifth of the last year sales. Adding to this scenario, the bad news comes from the cereal category. It is observed that there is a natural de-growth in the demand of the cereal breakfast. The consumer is the King as they say and the taste buds of the consumers are constantly changing and this influences the demand. If we take a consolidated view of the whole business of General Mills, we find that all the categories viz., the meals products, baking products, the cereals and the yogurt category have lost shine which has resulted into a financial problem for the company. General Mills pricing in developing markets such as India is different than in those developed markets. In developed markets such as USA, it faces stiff competition from rival brands whereas in developing markets, it has to face the competition from traditional products which are still a bigger chunk of the products being used and it needs to work on the mindset of the people and convince them of the benefits of its products and at the same time offer an affordable product.

Following is the distribution strategy in the General Mills marketing mix:

General Mills products are sold in over a 100 countries all over the world. Its main production facilities are located in New Mexico, Illinois, New York, Iowa, California, Ohio, Georgia, Wisconsin, Tennessee, New Jersey and Michigan. They also have international bakeries and food service facilities in France, Venezuela, Australia, Spain, the United Kingdom, and China. In India, General Mills’ Pillsbury is their most prominently known brand. Häagen Dazs parlors that offer premium ice- cream are in Mumbai as well as Delhi. General Mills products can be found in grocery stores and convenience stores. They are usually placed strategically in the stores as well. They are either placed at 23” or 48” so that they are at the eye-level of the kids as well as the adults. This strategy helps to increase the sales of the products. Their Golden Medal flour is one of the top brands in the United States.

General Mills provides various coupons and deals on a regular basis with some of their popular products in order to promote the brand. For example, they distributed box top coupons with their Betty Crocker products with different point values, which were redeemable for discounts on a variety of house-ware products. They also had a similar program where the box top coupons were distributed for education which could be taken from various General Mills products and redeemed by schools for cash. General Mills has been the official sponsor for many television shows like The Bullwinkle Show which was an animated series and later they featured their characters Rocky and Bullwinkle in some of their advertisements. The company has also been the sponsor of the ABC Western series The Life and Legend of Wyatt Earp which starred the famous American actor Hugh O’Brian. It was also the sponsor of a popular radio show called The Lone Ranger which was later brought to television. This completes the marketing mix of General Mills.

General Mills is an American multinational company. It is one of the important marketer of branded consumer food articles under its own manufacturing. General Mills was founded on the 20th of June, 1856 in Minneapolis, Minnesota, U.S.