What is Decay Factor?

Decay factor is a terminology used in advertising to indicate effective of a promotion over time. Decay factor means the decline in efficiency of an advertisement over time.

Advertisements or promotional campaigns are planned for a certain period of time to make the maximum impact. Example is seasonal products whose advertisements go up as the buying season nears.

However, over time the advertisement loses its effectiveness because of a variety of reasons – most people have seen it, lost its relevance, is boring to watch after a few times and so on and so forth. 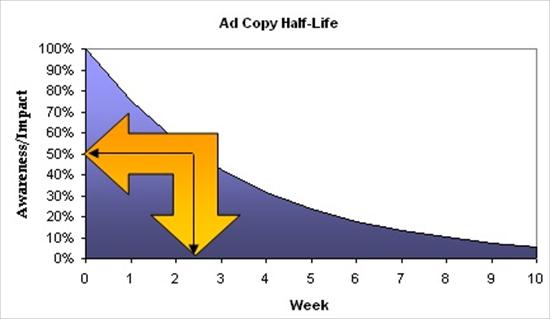 In the above picture, 2.5 weeks is the half-life of a particular advertisement.