What is Self Liquidating Promotion?

Importance of Self Liquidating Promotion

Self liquidating promotion technique is mostly employed to clear stocks of products whose sales are low. Businesses can increase their revenue without bearing any significant cost. In the service industry, these premiums increase the influx of new customers at the time of declining sales. Spas, salons, fitness studios, trainers and consultant offer BOGO deal to get new clients during the slow seasons. 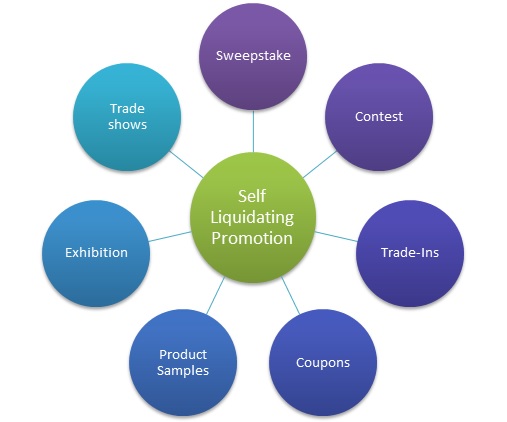 Advantages of Self Liquidating Promotion

1. Offering values to customers through such self liquidating promotion create interest and goodwill in their mind regarding the brand and can enhance the image of the brand.

2. Trade support is encouraged through such premium offers. In addition to it, in-store displays for the brand and the offer is also enhanced. This elevates the brand visibility and hence sales.

3. Self liquidating promotions are often associated with the advertisement campaign. Therefore, they serve as a better medium for communicating the content of the advertisement and again correspond to consumer franchise building.

4. This tactic of sales promotion can help get new customers and clients during the time of declining demand or off-seasons.

5. Self liquidating promotions if used as a part of loyalty programs can aid in retaining existing customers.

6. Through this type of promotions, there opens an opportunity to improve the sales of those products which have less demand in the market.

Disadvantages of Self Liquidating Promotion

1. A basic limitation that lies in such promotional tactics is a low redemption rate. A survey in the US found that fewer than 10 per cent of households have been actually sent for such offers and out of those households, only 1 per cent of the families redeem those premiums.

2. Huge inventories of goods with some logo or other identifications which make it extremely burdensome to dispose of. This calls for prior market research to identify customer's reactions to premium incentives and determine if they perceive such offers as value.

Examples of Self Liquidating Promotion

1. The most widely used form of self liquidating promotions is the Buy-one-get-one-free (BOGO) technique. These techniques are used in both goods and service-related industries to attract new customers in the long run.

2. Puppies have been inextricably related with the toilet paper brand, Andrex to symbolize the strength and softness of its products and have been featured in almost all of their advertisements. In 1999, the firm launched a self liquidating promotion asking customers to collect four proofs of purchase and pay £2 to claim a beanie puppy. Some deft touches were added to the offer: the consumers could name their puppies and have their birth certificates too with the names lasered onto them. Over a million people redeemed the offer which an increase of 3 per cent in volume shares and a 12.5 per cent increase in purchase frequency during the promotional period.

Hence, this concludes the definition of Self Liquidating Promotion along with its overview.