What is Innovation Adoption Curve Rogers?

Rogers suggested the Innovation adoption curve to describe and classify the adoption of innovation into a number of groups. The basis of this adoption is that different individuals are having various behaviors to adoption. The following are the classifications: 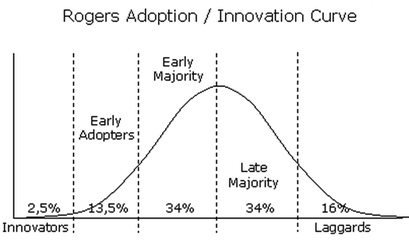