What is Channel Levels?

There are typically 3 types of channel levels:

A zero level channel is a direct marketing channel where there is no intermediary and the producer sells directly to the consumer. For example – direct mails, telemarketing etc.

A one level channel has one intermediary, typically a retailer between a manufacturer and consumer. 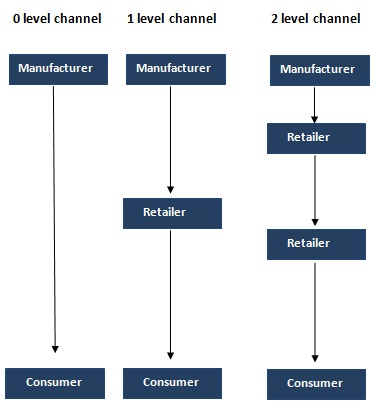 Let us take an example of a typical CPG company which is at 3 levels. A manufacturer which produces the CPG product like shampoo. This product is then picked up by a distributor who takes it across country like USA. Then distributors then sell it to wholesalers who then sell it to retailers. From there it end customers would buy it from the retailers.