6 people are having a discussion on the topic (Ashwin, Kunal, Dolly, Fathima, Garima, Shweta)

Ashwin: Good evening everyone, today our topic of discussion is Pradhan Mantri Jan Dhan Yojana and its effectiveness. Let me begin the discussion with the main objective of Jan Dhan Yojana  is to promote financial inclusion by creating bank accounts to everyone in India as only 59% of population have bank accounts .And it has created more than 11.5 bank accounts in  record time and thus achieved  Guinness record.

Kunal: The scheme seeks to provide many benefits like mandatory accounts for every family, compulsory bank in every 5kms, enabling an account holder to buy a micro insurance product if interested, financial literacy to make people aware of using their money productively as in savings and investing etc.

Dolly:  The initial success of the scheme by a record number of account creations has happened because of the people friendly procedures which sought simplified Know Your Customer (KYC) norms, providing no frill accounts. Now the people can have their bank accounts without or with the least amount in their bank accounts which stood as a barrier for opening accounts for many people in the country.  Just by mere submission of an Aadhar card or Drivers licence or Pan etc., would enable one to acquire an account. 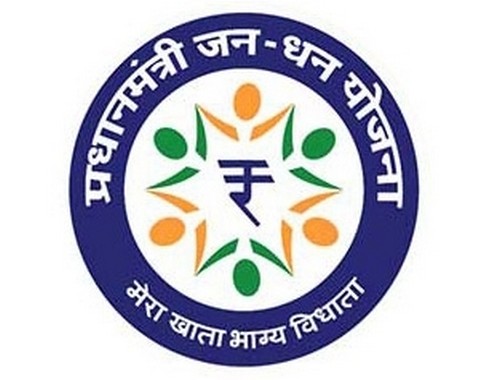 Fathima: Yes, by the way 50% of existing accounts are dormant and there are many issues relating to penetration of Aadhar and non availability of other identity proofs especially for migrant workers who in the unorganized sector, homeless etc.

Garima: True, that there are still many people without any Identification proofs because of several reasons but the RBI, precisely to address this problem has made provisions for creating small bank accounts valid for a year with limited benefits. This provision is made under the assumption that they can acquire formal identity meanwhile and upgrade their accounts.

Shweta: The scheme also provides for one lakh rupees accident insurance cover and over draft facility of five thousand rupees contributing to increased insurance penetration which is very poor in India.

Ashwin: But don’t you think the overdraft facility being provided can be easily misused for non productive purposes by beneficiaries as in for buying liquor in villages and resulting in a default repayment.It is always a possibility because of the high level of illiteracy and lack of opportunities. Also there could also be a case where people with multiple bank accounts can be unfairly over benefitted as in to reap the benefits of insurance etc.

Fathima: These issues can be addressed as the overdraft facility requires people to have an active account for six months and usage of biometric identity proofs like Aaadhar and a consolidated database of account holders and hence can avoid problem of ghost beneficiaries.

Kunal: And another advantage with this scheme is that it saves the illiterate villagers from evil money lenders. The direct benefit transfers increase the saving rates of households and also reduces the subsidy leakages.Apart from these measures, it is also important to enhance the financial literacy of the masses to achieve financial inclusion. Information and Education communication Campaigns can come handy to this effect.

Shweta: To reap the long term benefits of the project it is also important to encourage the banks by incentivizing the banks to take the scheme forward by sensitization of bank employees and make the process more viable. As banks are already overburdened suffering from non performing assets (NPAs) and poor balance sheets.

Dolly: The increased financial activity of newly added account holders will definitely help the banks capital base. To that effect, it is important to extend the existing Subsidy providing DBT method to different schemes apart from existing LPG, Kerosene, and MGNERAGA to PDS, Pensions etc. So that the twin purposes of increased income security and bank health would be served.

Garima: There is also a need to expedite the implementation of mobile penetration to ensure the success of much JAM-Jandhan Aadhar mobile trinity. : Increased mobile and internet penetration would definitely serve the cause of digital banking and makes the process more simple, inclusive and economical.

Shweta: Yeah, adding to that the role of Employment generation is enhancing income security, financial inclusion can’t be overstated as the increased income, savings and financial activity are mutually reinforcing.

• This financial inclusion campaign was launched by the Prime Minister Narendra Modi on 28 August 2014. He had announced this scheme on his first Independence Day speech on 15 August 2014.

• It is run by Department of Financial Services, Ministry of Finance On the inauguration day, 1.5 Crore (15 million) bank accounts were opened under this scheme.

• According to a survey 34% is the average loan interest charged by local money lenders. 55% of Rural Dalit families have to borrow money from local moneylenders / Shroffs( 2011 census)

« Is E-Learning a Substitute for Classroom Learning? B2B Commerce from a Global Perspective »
Important Group Discussions
Share this Page on: