GD Topic - Is Brain Drain really a disadvantage for a developing country?

6 people are having a discussion on the topic (Abhi, Bibhu, Citu, Dyna, Elina, Fima)

Abhi: Hi Guys. Today’s topic of discussion is “Is brain Drain really a disadvantage for a developing country?” “Brain drain” is a process in which a nation yields its highly educated and skilled workers to other countries, mostly developing nation to developed nations. This is considered as a problem because the most talented, educated and skilled labours are leaving the country, and no longer contribute to home economy.

Bibhu: Yes, Brain drain is serious problem in India. The loss of academic and technological labour force is disheartening. Indian taxpayers pay for their education and they leave country for comforts. Developing nations need this human capital very badly. Contribution to developing countries has a larger social and economic impact than in developed countries. Every citizen should work for their country, and losing skilled human capital by developing nations, will stretch the period of journey of developing to developed nation.

CItu: While talking about brain drain, we have to consider what are the reasons of brain drain? If we analyse the nature of migration from India to other countries include higher studies, Job offers in technology sector and other management jobs outside. The Push factors such as inadequate infrastructure and political problems should be considered. The Luring Pull factors of developed countries are to be considered.

Dyna: When we consider brain drain as a problem, as an individual it is their choice. Where they want to work or study? For research and development developing countries spend miniscule part of their GDP. All World class avenues of Higher education are in developed countries. Many of the times the opportunity to fully utilize their capability is not available in developing nations. So, we have to calculate how much we lose in terms of brain drain? Is it significant enough to be worried about? 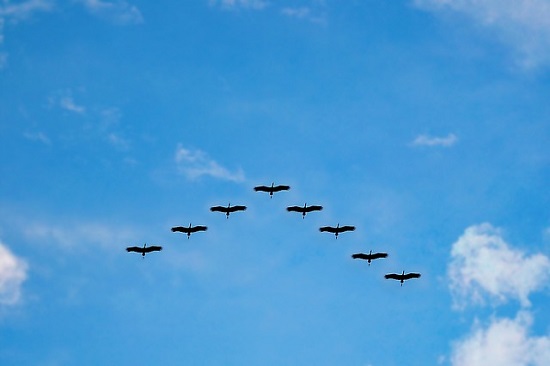 Elina: On the same lines of thought, I must say we see brain drain from very narrow perspective of loss of economic contribution due to brain drain. We have to see how it has contributed to developing countries. India, Bangladesh, Pakistan, Sri Lanka and other economies are one of the highest laboured/educated human capital contributors to developed nations such as USA and other European countries. Due to strong currency of developed economies, the remittances from immigrants contribute as capital inflow to these developing economies.

Fima: The worst part of brain drain is it takes the youth. Most of the migrants are at age of 20-25, when the expenditure of state on them is very less. They pay income taxes and receive very less as healthcare or education from government, So it is a huge loss to exchequer of developing economy. But as some of you said we have to compare this with their contribution while staying outside. They act as cultural and social ambassador of the home country. They are the person who brings the technologies from developed nations. The students abroad are the reason we can find the globalisation coming true.

Citu: Though I agree they do contribute but the losses outweigh the benefits. Let’s take the case of India, and see focus on technology sector. We are having world class institutions such as IITs, IIMs, and NITs who produces world class computer scientists. But we are not able to create the software products which are world leader. The problem is the best graduates are lured by the plethora of opportunity that are available in USA and Europe.  We lose the potential entrepreneurs to other nations.  Now we are suffering from skilled programmers when we are in dire need of development by led by Indian start-ups.

Bibhu: Yes, apart from all these economic losses they reduce the confidence on economy and other skilled labours follow the same. When Indian healthcare sector needs skilled nurses, we lose our nurses to middle-east countries.  Country’s investment on education is appropriated by developed nations.

Dyna: But there are a lot of examples this brain drain has helped countries like India and Pakistan to develop. Pakistan is a nuclear armed country today because the Scientist A Q khan had worked with European research centre. Today India needs money for angel investment and technological expertise in technology sector. We see the NRI’s serving as angel investors.

Elina: I agree. In today’s world of globalisation when the world needs the movement of capital like anything we can’t sit back and say Brain drain. It has worked well for India for development. If we see our history then also we will find the foreign education or stay of Indians has helped a lot to India. Mahatma Gandhi, Jawahar Lal Nehru, Subhash Bose are the one who had studied outside India. And their education has helped a lot in pursuing the politics with British. Indian diaspora in Tech Industry is very rich, which is helping us in getting the resources for start-up ecosystem.

BIbhu: But the potential gain which the developing nation can get from skilled and intellectual labours are more than this remittance. The question is why taxpayer of India should pay for an IITian who will leave the nation because he gets a higher salary in USA. Our total investment is lost.

Citu: But when the IITian returns India, the scale of contribution is much higher. We can see the our leaders who are foreign educated. Economic reformer Dr. Monmohan Singh, Dr. Montek singh Aluwalia, Dr. Raghu Ram Rajan is the result of combination of our investment in education and “brain drain”.

Fima: Yes, They are helping in representing the developing nations in developed nations. Today India and other Asian developing countries are regarded as the gold mine for bright students and workers. The movement of MNCs towards India, Pakistan, and Indonesia are due to the credibility gained by overseas community of respective nations. This helps in bringing the Foreign Direct Investments to India. Many of the World leading companies are now headed by Indians. And they are now pursing the companies to move to India.

As we all agree brain drain is a loss for developing nations. And with more skilled/educated people taking part in economy it will help in uplifting developing nations. At the same time the immigrants are contributing to the Indian economy as much equal to others. Their remittances are lifeline of economic ecosystem of some of the countries. Brain drain brings new skills, technologies and culture. It helps in development of Society altogether.

Facts from the Topic

1 Remittances are increasing from developed nation to developing nation

2 Many global companies are being headed by Indians

3 Many of our great freedom fighters had foreign education

4 Opposite of Brain drain is called Brain Gain

5 Migrants are more in the youth age group

« Operational Efficiency vs Innovation Speed test or Knowledge test, which is better? »
Important Group Discussions
Share this Page on: