6 people are having a discussion on the topic (Alia, Betty, Celine, Daniel, Eric, Ferdinand)

Betty: Hello friends. Today we are going to have a discussion on Technology creates income disparities. In a competitive era where survival of the fittest is the motto of well-being, I feel Technology is no more a royalty; it is the basic need for any nation to be technologically sound to be fit and hence to survive. Technology brings us a lot in our plate than its flip side. And talking about income disparities, it’s not that it didn’t exist before in India. Hence I don’t find it suitable to blame technology for income disparities.

Ferdinand: I would like to shed some light on how important Technology is. It’s Technology that provides simple ways of doing things effectively. For example, its technology that has facilitated a lot of business opportunities and no more is it necessary to have a business meeting in a closed room. A Skype chat can have the same effect of traditional meetings plus saving time and money. Thereby generating more profits for organizations. Technology has made nations richer and less dependent on other nations.

Alia: Yes, I agree with the fact that Technology brings in more effective ways of doing work but it serves only the organization and the people working for it. Technology reduces the dependency on manpower thereby bringing in inflation which directly affects a major sector of our society and thus bringing in income disparities. 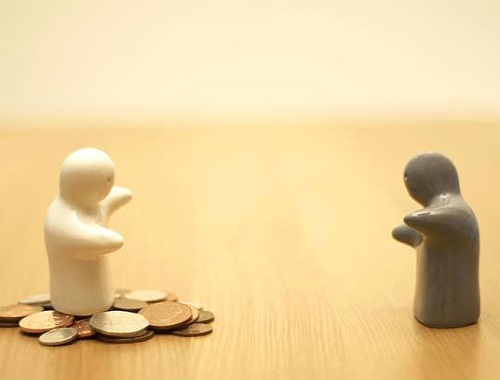 Celine: I agree with Andrew. In India specifically a large portion of the population is rural India. Urban areas are far exposed and ahead in terms of technology and as the country is becoming more technology oriented, organizations prefer the technically sound urban sector for various jobs. This leads to a big income disparity in the rural and urban section.

Betty: I would like to differ here. There was a study by economists at Deloitte consultancy regarding the relationship between rise in technology and job opportunities. The results clearly says that the rise of machines has clearly been a job creator rather than making working humans obsolete. Machines have replace humans only for tasks that are laborious and repeatable, like agriculture, washers and launderers. But on the other hand sectors like teaching, home care, business etc. have seen two fold increase in employment. So overall technology has led to economic boost rather than inflation.

Eric: If we go by that stats then around 500 million population of India is involved in labour work. And since the study result says that technology cuts jobs in this sector of course it will effect Indian economy in a negative way. And hence comes poverty, unemployment and income disparity. The rich get richer and the poor get poorer.

Daniel: But why would you blame technology for that. I believe the main concern here is the lack of awareness and proper education. All of us would agree to the fact that technology benefits only the individual who knows how to use it. So there will be income disparity between a technically sound person and an illiterate.  Technology has nothing to do with inflation or poverty.

Ferdinand: I agree with David. I would like to explain this with an example. Consider two countries USA and India. Why USA is the most developed country and India is still developing? It’s because USA has technological superiority. In USA even the lower strata of the society is well aware of the benefits of technology. In India a lot of farmers have incorporated technology in farming and they are using hybrid seeds and modern equipment to increase crops yield and the results are in their favour with increased production and thereby increased income. So if the rural sector is exposed to technology as in USA I’m sure India can stand at par with USA. So I believe it’s not technology that creates income disparity but its lack of education that gives rise to disparity.

Alia: Consider a case of two lecturers who have same theoretical knowledge but the person who is able to project his knowledge using technical skills like ppt and internet will be considered a skilled teacher in comparison to the person who uses traditional ways of teaching. And tech savvy lecturer will be paid more for this. Thus although having the same theoretical knowledge, technology is the deciding factor in terms of their income and hence Technology creates income disparity.

Celine: Having talked a lot from economic perspective I would like to add a social side to this disparity too. People with technical awareness are looked upon with high esteem in our society. It’s the uneven distribution of technology in the nation that adds to income, economic and social disparities. Different gadgets, mobile phones and automobiles with innovative technologies has surely revolutionized our living but at the same time created differences and disparities among people.

Betty: But even when technology didn’t exist; when kings ruled there were still rich and the poor, right? People in the king’s family were considered upper class people and the labourers were downtrodden. The workers were looked down upon as the lower community of people. So the social disparity arises because of the same mind-set of people here and not because of the uneven distribution of technology.

Technology is basically making use of the tools, equipment, techniques and methods to perform a given task effectively and efficiently. The economic disparity of the rich and the poor or the urban and the rural exists because of the access and proper utilization of technology in the urban/rich sector and not because of technology in general. Studies of economists also points to the fact that overall technology gives rise to employment. With proper awareness and uplift in education standards the problem of income disparity can be addressed well rather than not relying on technology. In this modern era survival without technology is next to impossible and hence we can either overlook these disparities or have constructive mechanisms to address it well by looking at the root cause: Education.

• Income equality is measured by the gini coefficient in which India has a score of 32.6

• The gini score has remained flat for the past 10 years

« Is MBA necessary to be a Successful in Business? Brexit - Good or a Bad Decision? »
Important Group Discussions
Share this Page on: