GD Topic - Is the World Ready for Cashless Currency?

6 people are having a discussion on the topic (Alex, Victoria, Joe, Saran, Darcy, Zen)

Alex: Hello all, the topic of our discussion is “Is the world Ready for Cashless Currency” and here to begin with I will first start by explaining what it means for a country to being cashless in economy. It simply means that all the transactions in the economy are done without cash and electronically only without any exchange of physical cash.

Victoria: To this fact I would like to add that various countries like Ecuador have already declared themselves as cashless currency economies. And I also agree with the fact that digital cash will solve the cash carrying problems and the overall risk associated with it.

Joe: yes that is true. The major issue with the money in the form of cash is that it is very risky to transfer large amount of cash from location to location and from person to person, as there is always of threat of being robbed. So the digital currency will definitely be solved as you need to electronically transfer the amount and you are left with no other option.

Saran: Also if we see to the rising issue of the black money and the corruption issues coming forward, then I would like to mention that cashless currency or the digital currency is the best way to cater to this problem as whatever is there in your account is automatically visible to the income tax department and that is why there is no probable chance of forgery. 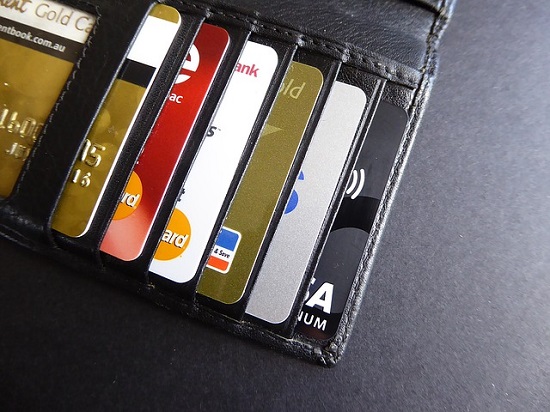 Darcy: But instead of looking to all the positive sides, we should also take into consideration the other side. I don’t really think that the world is fit for cashless economy right now. Taking into consideration the cyber crime and the frauds occurring online, I think this cashless plan will not work so efficiently. In fact it is much more risky then handling the physical cash.

Zen: Yes I agree with this. If physical cash is stolen, then you are losing only the cash that was there with you on hand. But if the electronic account is hacked or some fraudulent activities are done then, the entire balance of the account will be in danger.

Darcy: Also there are many other issues also in this system getting online or digitised completely. Here the entire dealing lies on one single card let it be debit or credit or any other bank or money card. Now if that particular card is stolen or lost, and if someone knows your security credentials including your security pin or password by forgery then it may create much more problems than the current issues that are prevalent with the maintenance of the physical currencies.

Alex: But then these are the operational and the maintenance related issues which can be solved in the later durations. If we will think and go on with this protective approach then, the world will never progress. We should also take into consideration the ease and the comfort of the persons. The digitisation of the currency will solve all the carrying issues, risk related issues, and the transport issues.

Victoria: Also the issues related to the foreign exchange and the lack of availability of the currencies in the number of denominations can be resolved as since the entire system has gone online so there is no need of any such physical denominations now.

Darcy: But along with this denominations issue, we cannot neglect the fact that going totally digitised with the currency is not at all possible in the developing countries where in trade occurs with small shopkeepers who are not much educated to understand the entire system. They also are not that well to do to get acquainted and set up the infrastructure like laptop or a computer to handle the digitised transactions. .

Victoria: Yes but there is one more strong benefit of going cashless. If the country introduces digital money then there is no other way but to store it and you cannot withdraw it unlike physical cash. So the money stays as a balance of your account and the bank in turn earns interest on it. This earning of the interest on the bank adds up to the overall growth of the economy.

Joe: Yes also it can be seen from the other way round. The balance you are depositing to the bank is a source of interest and inflow to the bank unless you transact. But also the more the bank has the balances, the more it has to pay to the central reserve bank as the reserves. And this will again add to the growth of the economy of the country and then of the world.

Saran: Also one of the simple and straight forward reasons here is that the cost that the country pays every year in printing and coining the currency will turn to zero. Also since there are no physical currencies available, the risk of forgery is minimised and the money that was previously spent by the government will not be required.

Alex: Yes so there are many positive aspects that should be looked upon but then we should give respect to each arguments and think upon the fact that though there are so many positive factors to support but there are some realities which cannot be neglected and which weakens the statement that world is fully ready to accept the cashless economy. The positive arguments support the fact that if proper’s steps are taken in this direction, then the thing which seems currently not so possible at 100% level can be a reality in the near future.

There are supporting and contradictory arguments to the subject that Is world Ready for Cashless Currency and it is needed to give equal weightage to the reality as well as the opportunity. The reality is that the concept of digital money requires some pre-requisites which some of the countries have already satisfied but many of the developing and the other country may take some longer duration to be eligible for setting up this model. Also the opportunity lies in terms of positive aspects and advantages that the economy of the country as well as the world will enjoy if digital money comes and gets fully implemented. So the country and the world should take cooperative steps to work upon and provide a desirable environment so that the world can go digital economy in the future.

1 It simply means that all the transactions in the economy are done without cash and electronically only without any exchange of physical cash.

2 Various countries like Ecuador have already declared themselves as cashless currency economies.

3 The advantage of cashless economy is that the risk of carrying cash is minimised. Also the cost of printing the currency is now no longer incurred.

4 Apart from this there is an overall benefit to the economy, since all the money is held in the accounts with the bank in form of deposits an only transacted upon requirement. So the banks earn on the interests and it adds to the overall economy as well.

6 The major issue in going cashless is that few of the countries like India still do not have that awareness and acceptance among people to go with e-cash. Also there is not much infrastructure available for this kind of arrangement.

« Its Folly to be Wise where Ignorance is Bliss Consumer satisfaction should be achieved at any cost »
Important Group Discussions
Share this Page on: