GD Topic - Nepotism and its Impact on Professionalism

5 people are having a discussion on the topic (Arjun, Karim, Preeti, Varun and Akshay). The GD topic is Nepotism and its impact on professionalism.

Preeti: Hi friends. We are here to discuss the topic of nepotism and the impact that it has on professionalism. By definition, nepotism means a person in power or authority doing favors for a friend or family members and helps them get a job or boost in professional career. According to me, this is a scenario which does injustice against those who are more deserving.

Arjun: Hi all. Nepotism is not a favor according to me. It is only a scenario where someone helps a friend or family member in getting a window of opportunity. It can either be a job or admission in a college. But it does not guarantee success for that person. Hence to pin point nepotism as an evil element is wrong.

Karim: I would agree with Arjun. People want the best for their families and friends. Nepotism is a just word coined but eventually every person who succeeds wants his or her family to have the best opportunities professionally. Hence there is nothing wrong if something like nepotism exists in the professional environment. 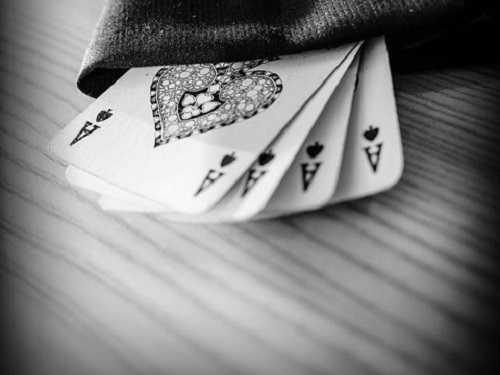 Preeti: I beg to differ on that part. A lot of people strive in attaining goals in life and have a strong professional career. People start by having a good education background, make relentless efforts, make ends meet and then become capable of getting a certain job. People who have no mentor or supporting family member have to struggle more as compared to those who have a strong family backing. With their sheer talent and hard work, they are more deserving. But because of nepotism, a person with better contacts in a company or industry gets this job and the deserving candidate does not stand a chance. Opportunities should be equal for everyone.

Arjun: As per my understanding, there is no harm is helping close friends and family. If someone has a platform, it has to be shared with peers to ensure that even they have a stable professional career. Who wouldnt want their families to lead a healthy future. And this is precisely why nepotism cannot be blamed. Calling it a favor through influence is a wrong terminology. Rather it is helping close ones in getting better opportunities.

Akshay: Hi all. Opening doors of opportunity is good. But competition should be same for all. In many cases, students get the same marks but someone who has better connections with college authorities gets the admission. Candidates with a similar work experience apply for the same job but someone who has contacts in the company has a better chance of getting the job through a reference. This is a concern as in many cases much more deserving and hard working candidates might lose out.

Varun: I agree that nepotism exists to a certain extent. But eventually if a person has to survive in an industry it would be based on their hard work, talent, skills acquired etc. Getting into a company, college or industry might have been done through a reference but success in a career is purely based on the effort or commitment shown at work place.

Preeti: But with the amount of competition existing, the most difficult part for a candidate is to get a good job or a good admission. And this becomes the backbone of the starting point of a career. There are certain industries where nepotism is more rampant than others. Every person ambitious to become a doctor, engineer, MBA, sportsperson etc has to struggle for admission, clear exams, prove himself or herself and then build a career. However, nepotism has been misused in politics, movie industry, businesses etc. The son of a politician joins politics, the daughter of an actor becomes an actress, son of chairman becomes the CEO etc. This is because an easier path is carved for the family and friends to succeed but hard-working people are left in oblivion.

Akshay: I agree that there have been instances where deserving candidates or people have not been given a particular job or promotion even when they were more knowledgeable skilful etc. This certainly demotivates and frustrates the people who are neglected.

Arjun: But if this holds true, there would not have been a single successful businessman who would have kept a business alive for generations. For eg in India, Reliance industries, Tata group, Birla group are examples where family members have driven the business even more aggressively than the previous generation. This is because they have inherited certain qualities and have been brought up in an environment to understand and execute business better.

Varun: Adding to that, there have been people who have defeated dynasty in politics or films etc and have succeeded and gained popularity. So eventually, what matters is hard work and quality. So blaming nepotism as lack of professionalism or curbing someone elses opportunity would be a wrong statement.

Karim: The children of the queen would eventually become king. This would not be called as nepotism but would be a part of dynasty where the baton is passed down the family tree. And people also accept this gracefully. Hence this practice of passing responsibility and opportunity to family and friends is traditional and hence nepotism cannot be called as an ill.

Preeti: It is definitely not an ill practice. It just opens doors of opportunities and makes life easier for near and dear ones. And remains a struggle for those who are equally well trained, talented and knowledgeable. Hence it creates an imbalance as equal opportunity based on merit is not provided to everyone.

Nepotism exists because people who are in a position of power or influence want the best for their friends and families. Because of this in certain cases deserving people lose out on opportunities. However, in the end there is no substitute for hard work or talent. There have been cases where people who got selected by nepotism have failed and others have succeeded and vice versa.

2. Many famous personalities have admitted to being benefited from nepotism

3. Indian film industry got into a debate on the nepotism in 2017 with many famous celebrities joining in.

« Cryptocurrencies – Should one invest or not? Volvo - From Internal Combustion Engine to Hybrid & Electric Cars »
Important Group Discussions
Share this Page on: