6 people are having a discussion on the topic (Sam, Danielle, Kevin, Steven, Rimson, Anwar)

Danielle: Good evening friends. We have gathered here to discuss on a much debated issue of whether women make better leaders as compared to men. A woman has always been neglected, by her family, her spouse, her colleagues, by her society, but over the last couple of decades, women have begun to break free.

Kevin: I will give you just three pointers which will be more than enough to justify that women are better leaders. Women are glib speakers. They have brilliant communication skills. They are patient and help improve the work environment and are not desperately looking at the result chart. Last, women are morally stronger and hence promote better work ethics as model leaders.

Anwar: I disagree to agree with that stereotypical remark. It actually borders on the lines of being gender discriminative. I believe that skills, abilities, virtues and ethics are independent of the genders and are solely determined by the character that one possesses.

Steven: I do not understand the basis of Kevin’s remark. Only 23 or 24 of the fortune 500 companies have women at the helm. If women were actually that good, I think that the invisible hand of the economy would prevail and the entire market would move in a trajectory which is profitable.

Sam: I once read a book which strangely was titled, “Think Business, think men. I believe this to be total farce. Gone are the days of the dominant “alpha managers”. The contemporary world has seen a paradigm shift and autonomy has necessitated that “beta managers” rise to leadership positions and create flat organizations absent a tall hierarchy. 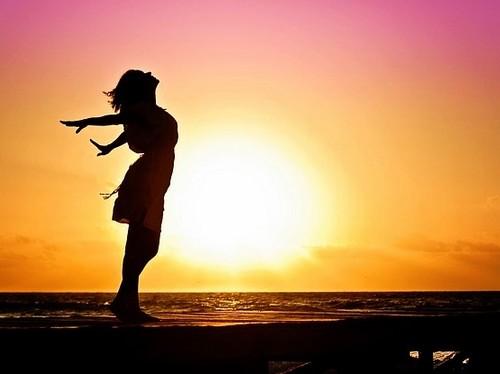 Rimson: I believe it has been the incapability of the society to not have been able to given a woman her due right. Much have we suffered at the hands of ridiculous notions and norms. Women are just as competent as men and should be given the same opportunity to realize and stand as equal with everybody else.

Steven: Business is not for the faint-hearted. A leader needs to be ruthless and stand tall undaunted by any situation. Women are excellent human-beings. They have a beautiful heart. But, to be successful in business, one needs to use the head and not the heart. Intuitions and gut feeling will always save the day. Being emotional and supportive will not serve the purpose.

Danielle: God created man and woman in His image and both the genders are equal in every respect. To rob a woman of her right to be treated as an equal is a violation of procedural as well as distributive justice. Steven, I disagree with you. You cannot term women as faint-hearted. I believe mothers display the greatest amount of courage in rearing a child. Isn’t building a company analogous to raising a child?

Steven: Danielle, I believe you are being naïve. Women are weak and it is widely accepted among the women sorority as well. We speak of mothers, isn’t there a famous quip from a mother that “the apple doesn’t fall far from the tree. I ardently believe that women are an image of Eve, and that apple didn’t go too far. Did it?

Kevin: If we are at selling quotes, I believe that we have also heard, “The hand that rocks the cradle rules the world. An accomplished woman is a fearsome thing to behold. She is a picture of patience and trust.

Steven: Women have a strong moral code of conduct but the fact that women attribute their success to external factors. There is a sense of lacuna in the psyche of a woman which deters her from believing in her own self. She is unsure of herself.

Anwar: Even if we assess the situation from the physiological point of view, it has been widely established that women think about multiple things at the same time. Studies have shown that although the synapses are much more aware, but, they fail to be focused often divert away from the point of discussion. On the other hand, men are more structured, focused and deploy all of their solving any problem.

Sam: Women folk are also risk averse and hence they shy away from hard decisions and also putting her point across. From a purely business point of view, because of the traditions that have been embedded into our rationale, the general workforce does not want to take orders from women.

Leadership is not a function of the gender of an individual. The ability to lead depends on the various competencies acquired by an individual and how he/she applies such qualities to her work environment. The more pressing issue is to free the society of this social stigma and make people aware that leaders are much more than the physical form and that men do not hold the birth right to lead while women are subjected to oppression to the four walls of the house.

• Only 3.5% of the leaders in the world have women in leadership positions

« Are we prepared to harness nuclear energy safely for our future? Unorganized Sector - Most Under-Served and Unprotected Workforce »
Important Group Discussions
Share this Page on: