GD Topic - Are we prepared to harness nuclear energy safely for our future?

6 people are having a discussion on the topic(Dilma, Angela, Margaret, Indira, Hillary, Park)

Dilma: Good evening Ladies and Gentlemen. Let me start with our topic whether Nuclear energy can be safely harnessed in our future. I think that when it comes to nuclear materials, you can only talk about minimizing the threat, and never really call these technologies safe.

Angela: Au contraire, I believe that the current technology IS safe. And with time, it is getting safer. Large scale nuclear disasters like Chernobyl and the Three Mile Island are a thing of the past.

Margaret: Well, Fukushima happened less than five years ago, and I wouldn’t put that anywhere below a large scale nuclear meltdown. And we’re talking about Japan here. The country which is almost synonymous with quality. Due to Japan’s vulnerability to natural disasters, safety is paramount there. And therefore, if even the Japanese can’t keep their plant safe, I’m not sure anyone can. 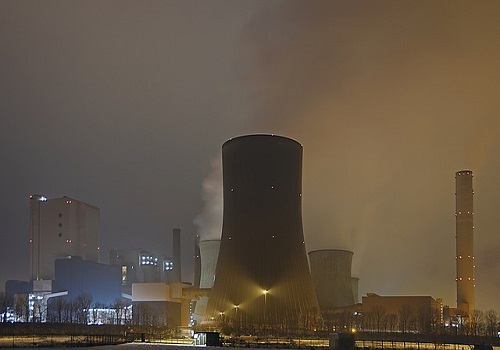 Indira: Well, that’s an interesting point. However, Fukushima was a very old plant, and newer reactor designs are much more stringent when it comes to safety. And in our discussion, we are talking about the potential to harness it safely in the future.

Hillary: Well, the latest nuclear plant at Kudankulam is beset with essentially a similar geographic situation. On the top of it, the east coast has been subject to all kinds of natural disasters, including hurricanes and tsunamis in the recent years.

Park: While not getting bogged down with one particular incident, let us concentrate on the future of nuclear technology. All the current hazards are due to the fact that we are relying extensively on nuclear fission, a process which produces dangerous waste materials. We are on the cusp of new technologies that could eliminate this problem altogether.

Angela: I agree. Nuclear fusion would, potentially, solve all of our energy needs. It’s a valuable area of research that could guarantee abundant clean energy, so it’s worth investing in the technology, continuing to use it and not abandoning it.

Dilma: Controlled fusion may be the energy for the future generations, but let’s face it: We are nowhere close to being able to harness such energy in the next few decades. Currently used fission technique produces a lot of nuclear waste that could remain on earth for as long as 1,00,000 years.

Margaret: Nuclear wastes are required to put underground for thousands of years before turning into intermediate-range waste. Is it rational to risk destroying the environment and even the genetic fabric of future generations merely for present needs?

Indira: Well, while the above is a good argument, I’d like to point out that it’s not only distant future technologies like nuclear fusion. Substituting Uranium with Thorium as the reactor fuel would also lead the fission process to yield relatively inert by products due to the absence of actinides, the compounds associated with radiation hazards. It is estimated that Thorium may be able to generate eight times the amount of energy per unit mass compared to Uranium.

Hillary: Well, I can agree to that. While our Uranium fission technology is under-developed, India, on the other hand, is the leader of the new resource of Thorium, which is considered to be the nuclear fuel of the future. We have one of the largest amounts of thorium in the world and that is one technology which may lead India to energy self-sufficiency.

Park: In conclusion, I would like to point out that Bharat Ratna APJ Abdul Kalam, advocated for use of nuclear fuels as he felt we are not only ready but are in dire need of it. We need to use all of the energy sources we have, because renewables aren’t yet able to take over from nuclear power. The alternatives to nuclear are coal and natural gas – including unconventional gas resources – and these would be (over the long-run) much more polluting and damaging than nuclear. In the end, I would like to leave every one of you with a question. Will we allow isolated accidents at Fukushima or Chernobyl, in reactors more than forty years old, to upset our visions of being an economic superpower?

1. Renewable resources, despite all their benefits, are not established and are contingent excessively on externalities such as weather and sunshine.
2. Nuclear power, contrariwise, provides a high density, low cost, clean source of energy which is dependable.
3. Currently, 29 countries operate a sum total of 441 nuclear fission plants
4. The total amount of nuclear generation in the world is 375 gigawatts.
5. We now have a cumulative experience of fourteen thousand reactor-years.
6. About sixty gigawatts capacity of nuclear power is currently being added around the world by means of sixty new power plants

« Should all major Asian Countries join hand to form an Asian Union? Women are Better Leaders than Men »
Important Group Discussions
Share this Page on: