GD Topic - What if Red is White?

6 people are having a discussion on the topic (Akash, Maani, Ronald, Sonakshi, and Arpit & Malar)

Maani: There are various shades in the red colour from pink to dark maroon. Even though there are many colours like cream, ivory and vanilla these are not particular shades of white. Red has its own charisma where as white has its own dignity. We cannot compare charisma to dignity which is why we cannot imagine even what if red is white? 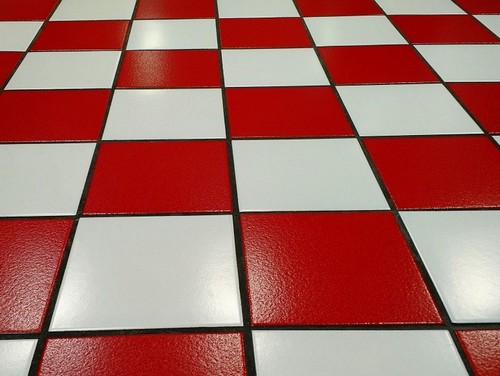 Sonakshi: I would like to contradict this point. Red generally represents furious, anger and war. Whereas White represents tranquillity, calmness and peace. If red becomes to white then there won’t be any violence prevailing around the world. Peace and order are maintained around the world

Arpit: It’s true Sonakshi. Red colour also represents aggressiveness and fastness. In a survey it is found that the drivers of red cars get stimulated to drive faster which may lead to accidents. In contrary white generally resembles calmness. Even in case of war also red stimulates more violence and white represents peace and non-violence. Even red becomes white violence can be decreased to some extent.

Malar: Of course, But one should also consider from all perspectives. For example the fruits which are red in colour like strawberries, tomatoes are rich in antioxidants and vitamins which are very healthy and milk, egg which are white colour are also healthy too. Deficiency of any vitamins may lead to health disorders. So if red becomes white balance may not be maintained.

Akash: At this point, I would like to say in terms of business “buy it now”, “sale discounts” advertisements to stimulate customers to increase the sales growth, and red also acts as exciting and motivating to people. Red has its own advantages which cannot be compensated by any other colour

Ronald: Yes indeed, Red colour also promotes desire, passion besides love. On the other side white promotes Innocence, virginity, goodness and purity. Though white represents futuristic red has its own popularity in completing the works effectively at fast pace

Sonakshi: At this point I would like to say red may also represents death, mourning and hell, white represents new born, new life and heaven. So if red is replaced by white only happy endings and no pain and crying of hell

Arpit: I would like agree to this point. White also represents being impartial, rescuer from darkness and spreading equality and unity. If white occupies red there won’t be any chaos and agitations

Malar: Red colour is also energizing booster. In china red colour is their lucky one. Even their children start their drawings by drawing a big red circle sun. Even in our India it is frequently used to show pompous and pride.

Akash: Yes, I agree with you Maani. Even white represents rich classic look with completeness. At the same time red represents strong leadership qualities with good ambition spirit of success with great determination. And white also is completely positive though it may represent positive. So much of white leads to isolation and empty.

There are positives with which red can be represented like Assertion, confidence, determination, courage and strength. At the same place we have negatives resembling red with quick tempered, rebellious, dominating, and brutal. At the same time white has its own advantages like purity, complete and whole, cleanliness, self-sufficient, equality, and simplicity. White has its own disadvantages like sterile, unimaginative, distant, plain, critical, fastidious and boring. Every coin has two sides. Every colours has its two shades both benefits and losses. Everything has to be properly balanced to bring harmony in life. One colour cannot occupy the position of others. Each and every colour is playing its own role to its best making human life much more colourful and happy. So there is no point of thinking that what if red is white, for that matter no colour cannot be replaced with any other.

• Red is the colour at the end of the spectrum of visible light next to orange and opposite violet. Red colour has a predominant light wavelength of roughly 620–740 nanometres.

• White is an achromatic colour, literally a "colour without hue", that is a mixture of the frequencies of all the colours of the visible spectrum.

• The white lily is considered the flower of purity and innocence, and is often associated with the Virgin Mary

• White has long been the traditional colour worn by brides at royal weddings, but the white wedding gown for ordinary people appeared in the 19th century.

• In ancient Rome red symbolized blood and courage, In the Middle Ages, red was the colour of majesty

• In western countries red is a symbol of martyrs and sacrifice, particularly because of its association with blood