Amy: Good morning friends. We have an abstract topic to discuss today. Though this question “do ends justify means?” seem simple it has deeper philosophical meaning and a lot of debate has been done and theories like consequentialism and deontology. Some philosophers are of the opinion that every action done in our past has to be judged based on the outcome at the later stage i.e. precisely ends justify means

Benjamin: I don’t agree with your argument. You cannot commit any action and justify it if it is yielding positive result. “Good” or “bad” judgment has to depend on the action rather than the end result. I mean to say that I support deontological way of thinking rather than consequentialism

Dominic: I don’t know much about the two theories you are speaking about, but I am of the opinion that morality is not absolute in nature it can be altered and redefined sometimes based on the situation hence if an immoral act is causing a moral outcome, I would go by it 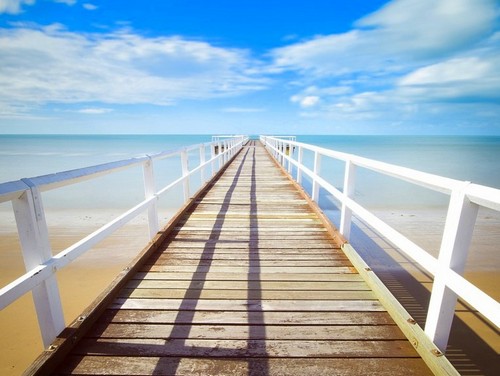 Benjamin: But consider this situation in which developed countries like USA are contributing to more than 90% of the pollution in world but they have a justification that it is for the benefit of people and leads to development of human kind. Would you agree with it? If everyone adopts consequential way of thinking, things that are commonly owned like environment, water bodies, land etc will be destructed and no one will take responsibility for the destruction while everyone utilizes them for their benefit

Fred: My opinion is that both the schools of thought are a bit extreme in nature instead I believe in a modified version of consequentialism called Mohist consequentialism or state consequentialism which says that we can follow consequential way of thinking but it should result in the larger benefit of the state/people and world in general and shouldn’t be limited to selfish motives of individuals

Eric: I feel that some decisions in life can be taken in the consequential way but for some decisions there should be no second thought. For example heinous crimes shouldn’t be seen through consequential frame whatever the situation is, while I feel petty mistakes like a lie or a robbery have to be analyzed based on the situation and in that case if the purpose is really valid and strong we can say “ends justify means”

Dominic: I feel our legal system is biased towards consequentialism. I remember a paradox that I read about somewhere. Consider two cases the first in which a man plans to kill another man and makes necessary planning and preparation but due to some reason fails to execute the plan and no one recognizes the plot. Now consider a second case in which a man doesn’t intend to hurt another person but by mistake kills him he is still punished by the law. Isn’t this consequentialism?

Benjamin: We shouldn’t look at it that way. Legal system has some limitations and it can take action only if there is sufficient evidence. Otherwise it becomes unfair. Let’s divulge from your example a little and think about a man who dislikes another person extremely and thinks about killing him in his mind but doesn’t act due to fear of being caught and silently wishes inside for his death. How do you expect the law to punish him in this case?

Fred: Another limitation to this entire argument of ends and means. Here we are considering that every person has the complete freedom and maturity to take his own decision and stand by it. But many a times in life it so happens that we come under compulsion by someone and perform some actions or sometimes we take decisions which we later regret or change with more information, thought and maturity. In these cases the entire theory of consequentialism and deontology become meaningless

Benjamin: Yes Fred, I agree with you these frame works apply only when we have the maturity and freedom to take decisions and take responsibility for them

Eric: The sad thing is that in the competitive world that we are living today individuals, countries and organizations are misinterpreting the consequentialism and using it for their selfish and short term benefits

Amy: I don’t agree with you Eric. You are giving a negative connotation to consequentialism theory and equating it to selfishness. Let me put it this way, In Mahabharath, when Arjuna felt that he was making a mistake by fighting a war against his own brothers, elders and teachers, Krishna motivates him by saying that if killing is the only way to end evilness from prevailing, then it is right to kill people this is the essence of consequentialism. In fact entire Bhagavathgitha explains consequentialism very well

Dominic: Exactly! Krishna told the pandavas that at times, it is justified to leave their dharma for the larger good this is similar to the state consequentialism that someone spoke about.

Hence I would like to conclude by saying that ends and means are not two absolute and different things. They have to be seen as per the situation and the decision has to be taken accordingly

• Consequentialism is the class of normative ethical theories holding that the consequences of one's conduct are the ultimate basis for any judgment about the rightness or wrongness of that conduct.

« What if Red is White? Digital Equality in India is not Equal for All »
Important Group Discussions
Share this Page on: