GD Topic - Digital Equality in India is not Equal for All

Arnab: In today’s world, broadband technology underpins much of our society and gives support to many of our interactions, personal as well as commercial. Given the tremendous importance of broadband, the need for digital equality is becoming a necessity for our developing nations.

Bhrundha: The reason behind most recent increase in digital equality is because of the massive diffusion of the latest digital innovations like fixed and mobile broadband infrastructures. For example, 3G and fibre optics FTTH.

Chandana: Adding to your point, for underserved and low-income communities, this technology opens door to opportunities that were not available just a few years ago. It has capability to improve the quality of people’s life across the country. In many ways, access to this broadband technology unleashes a community's or countries’ potential in the 21st century. 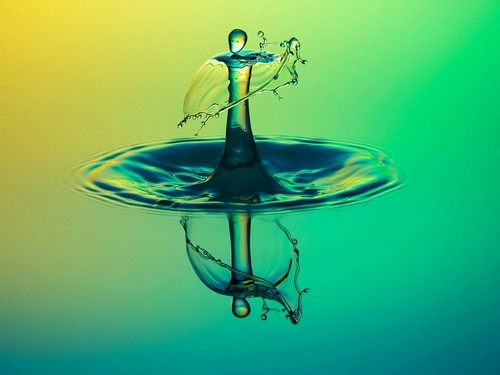 Dhruv: Recently, countries such as Finland have declared 1 Mbps as a basic human right and it’s a very welcoming announcement. The next big thing that would serve as a standard for the developing and for developed countries will be 100 Mbps. But, need of the hour for emerging economies is to have access to a dependable infrastructure. Is there an internet infrastructure to connect the unconnected?

Arnab: Last year, our Prime Minister Narendra Modi visited Silicon Valley to campaign for the “Digital India” project. He said social media can bridge the gap between government and citizens. Because of real-time information made possible of that project, corrective measures can be taken and policies can be implemented much faster.

Eshanth: Adding to your point, Digital India initiative focuses on two key areas: physical infrastructure and digital infrastructure. All the 600,000 villages and 250,000 gram panchayats have to be connected with an optical fibre network over the next five years under this initiative.

Brundha: Apart from that, PM Modi also visited Google’s office in Mountain View, California, where a joint project with the government of India has been announced by company’s CEO Sundar Pichai to provide wireless internet at 400 railway stations in the India by the end of this year.

Arnab: Bringing in digital equality with the help of Digital India initiative has many advantages like high speed internet as a core utility to all, a digital identity to everyone, mobile phone and bank account enabling participation in digital & financial domain, Universal Digital Literacy, ease of doing business, transparency of the system etc.

Chandana: However, there are some setbacks to it. If we make everything online there could be a loss of privacy with emerging cyber-crimes, the industry which is promising to make huge investment will also like to bank upon the returns they expect to get and chances of pulling back their hands midway if they don’t get timely expected returns.

Eshanth: ‘Digital equality’ is nothing but internet.org, reintroduced as Free Basics and it has now been turned into a great cause which is helpful in connecting all the citizens of the developing nations.

Farhan: As rightly pointed by you, Digital equality is completely different from and nowhere related to net neutrality. The concept of Digital Equality establishes that all people get access to the same quality of internet, technologies and devices for their development. Net neutrality is different, and according to it everyone gets the same speed accessing facility for all websites and services.

Brundha: Also, Facebook says that Free Basics does not have advertisements, but it doesn’t promise that it will not have any ads on Free Basics.

Digital equality means provision of internet access to all citizens. It is being promoted by Facebook in order to promote its Free Basics which was previously introduced as internet.org. Free Basics is against net neutrality which means everyone getting the same speed access to all websites and services and no content should be blocked by Internet Service Providers (ISP). So complete digital equality compromises on net neutrality. So there should be some mid-way solution. Also, digital equality can be achieved with the help of Digital India initiative. Will it not require some kind of government intervention? And if government intervenes, it calls for a policy or law which is not in favour of any one particular web giant and ensures net neutrality.

• Digital equality is a promotion by Facebook to promote Free Basics. Digital Equality means universal access of internet by making it accessible to everyone irrespective of one's status in society be it economical ( rich or poor ), political ( country or abroad ), or religious etc

• To achieve Digital equality, all the 600,000 villages and 250,000 gram panchayats have to be connected with an optical fibre network.