GD Topic - Fall in Crude Oil Prices and its Implications

6 people are having a discussion on the topic (Arushi, Mahesh, Robin, Sandhya and Arpit & Vinay)

Arushi: Good morning friends. Today we are here to discuss on the topic “Fall in crude oil prices, reasons and its implications” Everyone in the world, Now-a-days are viewing the change in the oil prices, mainly in the 21st century. Many of the economists, financial experts are predicting the oil prices and many are analysing the fall or rise of the oil prices. Oil prices have become one of key parameters of economy of many countries

Mahesh: Yes, Particularly because the oil prices are determined by OPEC (The Organization of the Petroleum Exporting Countries) and countries like Libya, Russia, and Nigeria etc.., and many such countries.

Robin: In contrary to this, Supply and demand of oil also leads to rise and fall of the oil prices. For example, china has become the one of the largest oil importing countries with its increase in technology , population , Industrialization and increase in use of sophisticated vehicles like cars, motor bikes etc.., leading to increase in demand of oil. 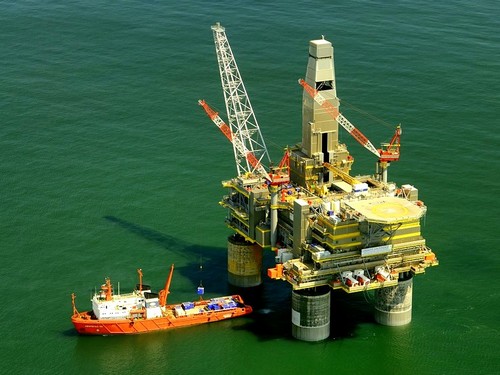 Sandhya: I agree with u Robin. Because of enhancement in technology in developed countries and increase in use of automobiles by developing countries leads to huge demand in the oil. If the supply meets the demand then the prices will remain constant. In case of supply is less than demand then prices will rise and vice versa.

Arpit: I would like disagree with your point Sandhya. Because demand will be increasing constantly in the present scenario. And if we consider fall in the oil prices in 2014, supply and demand are increasing in the same proportion and also supply is a bit higher. Inflation is a main obstacle to oil price growth rate. If the Inflation of a country rises then people will decrease the consumption of oil which leads to sudden fall in the oil prices.

Vinay: Yes, of course. Till now, we have the seen the reasons for fall in the crude oil prices. In addition to this, I would like contribute the implications. For countries like Libya, Russia, Venezuela and Nigeria revenue from the exporting oil is the major source for their government. In fact this is also a major share from the income of their exports.

Mahesh: Yes indeed, not only this economic stability of oil exporting countries also determine the price of oil. Many others factors like U.S oil boom, OPEC internal conflicts, and European zone demand are also the vital factors to be considered.

Robin: At this point, I would like to mention the shale gas reserves found in U.S and Alberta’s oil reserves in Canada are also important reason for fall in the oil prices. U.S is investing in huge amounts to extract oil and gas by methods like fracking and horizontal drilling .So that the importing oil has enormously decreased which ultimately lead to fall down in the oil prices.

Sandhya: It is true to the fact that there are political reasons also involved in this issue. Both U.S and Saudi Arabia want to deteriorate Russia and Iran who are mostly dependent on their oil exports. So Both U.S and Saudi Arabia are increasing their production which ultimately is causing more supply than required demand and also they do not want to lose their market share.

Vinay: Although the U.S want to become world’s largest producer of oil with its large reserves, Saudi Arabia noted that it is very expensive to extract the shale gas and oil from the earth which leads to high price of U.S oil. Saudi Arabia took this point as advantage and started producing more oil in order to increase its market share. Lack of understanding among OPEC is also main reason for high supply of oil.

Arushi: Apart from all these, rise in renewable resources like solar energy, wind energy are also a reason for decrease in demand for oil. With advance technology energy efficient vehicles are introduced, which are decreasing the consumption of oil. Awareness created among people towards decreasing the pollution is also a factor which is driving the economy towards renewable resources.

Mahesh: Yes, even the crisis and slow economic growth rate of china, japan and European economy is also a reason for overall less demand of oil. America started decreasing importing oil. Though overall demand across the world is rising the requirements by specific countries has decreased which became a burden for oil exporting countries, which ultimately lead to sudden fall in oil prices.

Robin: Yes, even the studies revealed that fall in oil prices in 2014 is also due to strong U.S dollar value and nuclear deal between the Iran and U.S. When this deal came into News markets have decreased their oil prices.

Fall in the crude oil prices or changes in the oil prices is the main issue everyone focuses on. This is mainly because the change in the oil prices is linked with economy of every country. Particularly, if we consider the countries whose importing oil ratio is high, if prices suddenly falls down, the country invests the amount that is saved in purchasing oil in the development in another field. On other side of the coin, the country whose major exports are oil and gas their economy deteriorates with the decrease in their currency value which in turn effects the stock market even. There are many factors like global recession, political tactic, strategies excavation of new resources including both renewable and non- renewable resources and also the treaties and deals made between the countries. All these factors together are responsible for fluctuation in oil prices.

• With the fall in the oil prices, scores of companies have gone bankrupt and an estimated 250,000 oil workers have lost their job

• Russia loses about $2bn in revenues for every dollar fall in the oil price, and the World Bank has warned that Russia's economy would shrink by at least 0.7

• Nigeria, which is Africa's biggest oil producer, has seen growth in the rest of its economy but despite this it remains heavily oil-dependent. Energy sales account for up to 80% of all government revenue and more than 90% of the country's exports

• 10% fall in oil prices should lead to a 0.1% increase in economic output of Europe

« Digital Equality in India is not Equal for All Is India's Nuclear Policy Progressive? »
Important Group Discussions
Share this Page on: