5 People are having a discussion on this topic (Karan, Madhu, Garima, Bipasha, Namam)

Karan : Hello all, today we are gathered here to have a discussion on the topic, ‘Is India’s nuclear policy progressive?’ India has always been a country that stood for ‘ahimsa’ or ‘non-violence’. It was the means that was used by India to achieve independence. Our foreign policy also follows a similar policy. India has always believed in disarmament. India has never used nuclear policy for destruction purposes.

Garima : The only reason that India started developing nuclear weapons was because it started facing threats from its own neighbors. Even now, Pakistan has more nuclear warheads than India has. 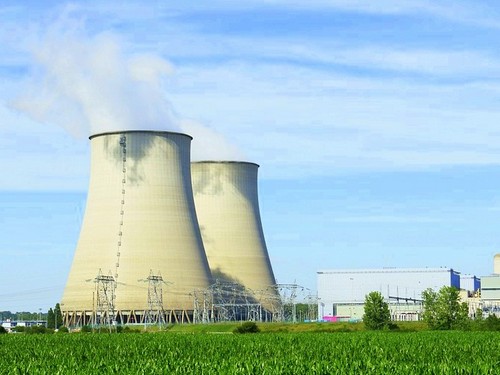 Bipasha : Yes and not only that, you cannot expect a country to adamantly stick to such a policy when its own security is at its stake. India did not think of creating its own weapons until Pakistan had successfully completed underground tests.

Madhu : I understand that India is developing nuclear weapons for its own security and wants all countries to use nuclear technology for only constructive purposes. The Non Proliferation Treaty also supported nuclear disarmament and India is still against it.

Naman : Well, I think you are not aware of all the terms of the treaty. It was introduced to bring nuclear disarmament. But it allowed the five permanent members of the Security Council to possess nuclear weapons and no other would possess nuclear weapons. India did not support this as this treaty gave immense power to those five states and was not satisfied with the security guarantees given by those nations.

Karan : Adding to what Naman has said, it was the same reason India did not approve Comprehensive Test Ban Treaty of 1996 even though two-thirds of the General Assembly approved it.

Bipasha : Despite developing nuclear weapons for safety, our nuclear policy has always been restraint. We have never violated any international agreements. We still possess weapons since we have not signed the NPT or CTBT. We have always remained firm in our nuclear policy.

Garima : Actually, I think we are deviating too much off the topic. We primarily have to discuss whether this policy of ours has been progressive. India is one among the 31 countries that are using nuclear power to produce energy.

Madhu : Yes, we must not forget that India is using its nuclear technology for constructive purposes also. Nuclear power has become the fourth largest power source supplying electricity to India.

Garima : The nuclear policy has been progressive and has made India the 13th largest producer of electricity through nuclear technology. India has almost 21 nuclear reactors with a combined capacity of 5780MW.

Naman : Well, though India has been using nuclear power, I think India has not been able to tap the advantages of nuclear power as much as other countries. Let us take the example of France. It is a smaller country than ours but has more than 50 reactors supplying electricity.

Bipasha : Yes, and USA has more than a 100 reactors as well.

Karan : USA has the capacity to build 100 reactors because it has large uranium reserves unlike India. But the case of France is quite different. They switched to nuclear power during the oil crisis of 1973 and they were successful in developing nuclear plants because they were ahead in research and the people also welcomed the idea.

Garima : India has been categorically at a disadvantage because it has only 1% of the world’s uranium reserves and people belonging to the locality of a prospective nuclear reactor region have not been supportive. Well, this was evident in the case of Koodankulam.

Madhu : But, I believe that the nuclear energy capacity of India will multiply in the future since the world is running out of Uranium reserves and moving towards Thorium and India has the largest reserves of Thorium in the world, almost 50% of the world reserves.

Bipasha : Thank You, Madhu for making that point. It is a very important point. India has the capability of supplying 30% of its energy demands through thorium reactors and the government is in full support of this program and has planned about 62 such reactors by 2025.

Garima : And India is the only country with a detailed government approved plan to focus on thorium based reactors. This alone explains our progressiveness in nuclear policy.

The nuclear policy of India has always supported the use of nuclear energy only for peaceful purposes. India has always believed in nuclear disarmament and this prevented India from signing the NPT and CTBT. India has around 110 nuclear warheads which is almost the seventh largest in the world. India is also one among the four nuclear triads. India has been prominently using nuclear technology for energy purposes and has around 21 reactors producing about 5780MW. Though India has not utilized its nuclear capability to its fullest as compared to its peers, the future is still bright as India has started concentrating on thorium based reactors because India has the largest reserves of thorium. The government is also in full support of this which essentially illustrates the progressive nature of Indian nuclear policy.

• India possesses around 110 warheads and is one among the twelve countries that possess nuclear weapons.

• India is one among the four countries that possess a nuclear triad.

• 31 countries including India use nuclear energy for generating electricity.

• India is the 13th largest producer of electricity through nuclear technology.

• India has around 21 nuclear reactors and a total capacity of about 5780MW.

• India has only about 1% of the world’s uranium reserves but around 50% of world’s thorium reserves.

• France, a smaller country than India has more than 50 reactors.

• India has planned to develop about 62 thorium based reactors within 2025.

« Fall in Crude Oil Prices and its Implications Should Surrogate Advertising be Allowed? »
Important Group Discussions
Share this Page on: