GD Topic - Sometimes No Decision is also a Decision

6 people are having a discussion on the topic (Ashwin, Chandu, Dolly, Fathima, Garima, Sarah)

Ashwin: Good morning my dear friends! Today our topic of discussion is abstract in nature which is “Sometimes no decision is also a decision”. Our life is full of uncertainties, as a part of this life we take many decisions depending on the end results that we anticipate. Sometimes it may also happen that life poses us situations where the end results are ambiguous or not clear. It is those moments when most of us take a neutral stand and when the results come in our favour, we believe that we have taken the right decision of not taking any decision.

Chandu: I believe that not taking any decision is itself a worst decision; it is just an excuse to run away from the problem. We are humans and we have an amazing power to think unlike other animals. I feel one should have the guts to face the consequences of the decision one takes. 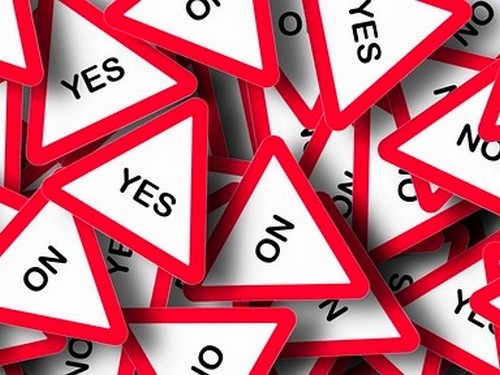 Sarah: True, to add on to his point, the probability of reaching the destination is high only when we take either of the paths which may possibly lead us somewhere. Standing merely at the junction would lead us nowhere.

Dolly: Yeah, it is true that one should be able to face the consequences of one’s decisions but sometimes it may so happen that we may get struck in the whirlpool of options and be unable to prioritize them and feel like being carried away by the sway of the waves rather than ending up with a wrong decision.

Fathima: In this context let me quote a situation, a family on voyage gets hit by a storm and it so happens that you will be able to save only one of your family members, whom do you save? Is it your mom, dad or sibling? In such moments it is wise to save at least one who comes handy rather than saving none by waiting to decide whom to save. So, SOMETIMES no decision is also a decision.

Garima: Yes, but there is always a thin line between a decision which is impulse and no decision. The anecdote that you brought in is a case of impulse decision where the person is subjected to take the decision in haste.

Ashwin: True, explaining her point if you don’t take any decision you have to suffer because of the uncertain results that might come out as a consequence of you not taking a decision whereas when you take a decision you will at least be confident and satisfied that you yourself have taken that particular decision

Garima: Breaking the decision into many decisions may in fact help us in deciding the right choice as in one has to identify the main problem behind the problem which can possibly be arrived by questioning ourselves with many why’s and digging into the problem and to arrive at the solution is to question a series of how’s.

Chandu: Taking a decision always under any circumstances proves your ability to judge. You have to take a decision in every instance of life. You can never say whether the decision is right or wrong because of the situation around. At times a right decision would not yield a better outcome because of the nature of the problem itself. It is the situations around which can be blamed but not the decision. Infact, this moment of me willing to speak and all of us sitting here shows our decision to present in GD. I highly doubt if there is any situation where we take no decision!

Fathima: Sometimes people are bounded by so many things, people, situations that they feel taking no decision is the best option available because they fear that they would be judged by the same. Also, according to a research, introverts even when made a decision would not express it outside. As a result, we feel that they have taken no decision but the truth is that they have taken some decision but are not willing to express it. It is also about the way how people perceive about any given problem. For someone taking decision means going against a hurdle and would bench mark it as an achievement. At the same time for a few, taking no decision means that they feel strong that they can withhold any situation without taking any specific decision too.

Taking everyone’s views into consideration it is safe to conclude the GD that taking no decision is not a decision, it is just one’s inability to take a decision makes people feel that sometimes no decision is also a decision. It is just a feel good factor to pacify one’s inner feelings. Let me end the discussion with a quote that “If you are not a part of the problem then you should be a part of solution”.

• Quote: “Sometimes, making the wrong choice is better than making no choice. You have the courage to go forward, which is rare. A person who stands at the fork, unable to pick, will never get anywhere.” ― Terry Goodkind, Wizard's First Rule

• Quote: “Every decision you make, makes you. Never let other people choose who you’re going to be.” ― Cassandra Clare, The Lost Herondale

• Apple company’s board’s decision to bring back Steve Jobs, after firing him a decade earlier, led to amazing product innovation and to the creation of one of the most valuable companies in the world.

« Speed test or Knowledge test, which is better? What if Red is White? »
Important Group Discussions
Share this Page on: