6 people are having a discussion on the topic (Mark, George, Monica, Jessica, Sarah, Antony)

Antony: Good Morning friends, topic for group discussion for us today is should all major Asian Countries join hand to form an Asian Union? So, to start with, what exactly a union is- It is a collaboration of a group of people or associations, who come together for a common interest.

Mark: Yeah, similarly, Countries come together and form Unions, which actually is not a new thing. There are a lot of unions, from mighty European Union to SAARC, the G-8 etc.

Antony: And something similar actually happened in Asia in 2002. That time, Asian Cooperation Dialogue was formed, which was seen as a precursor of Asian Union.

Sarah: Biggest of them, European Union, is a big success in front of us already. EU was successful because of the similar cultural, economic and social background of the

George: I agree that European Union became a big success, however, unlike Europe countries in Asia have significant political differences

Monica: Not just that, border conflicts such as India-China; India-Pakistan, Japan-China makes countries distrusting towards each other.

Jessica: To add to that, many Asian countries are still struggling to get even democratic government which is prerequisite for union as European Union.

Sarah: Asian Union is actually an idea, which was proposed to combine the countries in present Asia, and form a huge group on the lines of EU. For sure, it is true that European Union has changed the future of the European countries. Along with that the perspective of the world has also changed.

Mark: Yeah, if we have a look at EU started out from a common currency, Euro. Euro first was established among a few countries, which in totality led to EU. Many people have argued that at least a currency union is pretty much possible in Asia as well.

Antony: If we go a little bit more into the possibilities side, McKinnon in 1960s argued that, for a currency union to be successful, member countries have to have large tradable sectors, which many countries in Asia, including India, China, ASEAN countries does have. 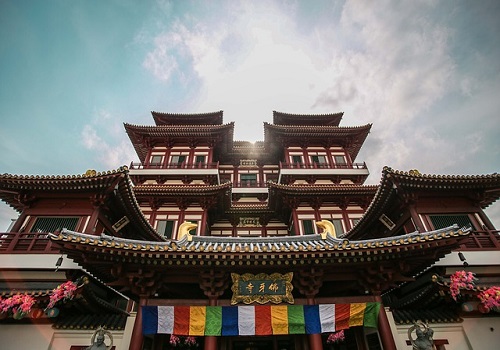 George: That all is right, however, just there are much more negatives or hurdles in forming a union. Biggest barrier is countries as china; japan and India who are trying to establish their dominance in economic and political arena

Jessica: Along with that another major challenge is of uniting Asian countries and forming a union is of the mammoth sized population. If only population of China and India is considered, it crosses 2.7 Billion mark, let alone the other countries

Monica: Another problem is of different nations having different languages, which actually would create a difficult situation for them to narrow down to a common language, which could be used for trade etc.

George: Adding to that is the political tensions like China-Japan, Japan-Korea, and the great India-China-Pakistan dispute triangle. It is very less likely that these countries would surrender their amour proper for the formation of Asian Union. It is so because the security of each and every nation is concerned about that. Once free trade and tourism if opened among these countries, security would become a major question.

Jessica: More so, if one currency is introduced, the cost would be far too exorbitant. It would be really tough for both weak and strong countries to align their policies towards one another. Most countries in west Asia are not as rich and wealthy as others. As a result of this, economic disparities would definitely be there.

Mark: I agree to all these, however, if such a union is formed, it will help increase the trade between world's largest markets and that will do the Asian countries a lot of good.

Sarah: True and strength always is in being united. The level of growth and development that Europe has seen after formation of the European Union is really outstanding and is really appreciable.

Anotny: However, I agree that as of now cons surpass the pros, and it is not much appropriate to further go with this option. There are many organizations in Asia and all are working for different purposes. We should let them work on those notes for now and wait for some more years before forming the Asian Union.

Mark: You are right, there are positives of forming a union however, and the basic advantages like common currency and tourism etc. can be started in some closed unions now as well. There are some economists who argues that Asian Union will be formed but will take some years to come.

There are many unions in the world, including European Union that have led to success for the member countries in terms of economic and social growth. There has been, for quite some time now, a hue and cry for Asian Union. In 2002 Asian Cooperation Dialogue was formed, which was seen by many as a precursor for the formation of Asian Union. As it is understood that there are many benefits of a union with same currency, free trade and tourism, however, in Asia, the cultural and social divide is too huge. Along with that the political tension among the neighbor countries make it even more difficult to have safe and secure open trade and tourism. There are many closed groups and unions as of now like SAARC, ASEAN, which have shown good development as well. It can be concluded for now that instead of going all out for Asian Union, let these small unions work in their respective domains and wait for a few more years before actually forming an Asian Union.

o Half a billion people live in the EU

o he EU’s collective economy is worth £11 trillion

o 53.6% of companies say that a full exit from the EU would harm their business

o The Common Agricultural Policy is being slowly reformed

« Feminism vs. Women Rights Are we prepared to harness nuclear energy safely for our future? »
Important Group Discussions
Share this Page on: