6 people are having a discussion on the topic (Kenny; James; Richard; Rick; Peter; Sue)

James: Friends unorganised sector is very broad category of employees involved in unincorporated private enterprise involved in sale of goods and services with number of employees less than ten. Friends you can now imagine that these kinds of employees are in majority and they don’t enjoy any kind of employee security; social security or work security. Just imagine working with any leave benefits or job security

Kenny: James is quite right in stating the condition of the workers involved in unorganised sector. According to latest statistics of 458 million people employed in India 395 million are involved in unorganised sector. Of these people majority of them are associated with agricultural sector. Only 0.4% of these people receive any sort of social benefits

Richard: Friends we are leaving one point behind in a country such as India where unemployment rate is around 9%. Can we afford to make laws for the people involved in unorganised sector? It could move people away from even recruiting these people thus increasing the unemployment further. Remember that majority of these employers are small time farmers and business man living on fringes. We cannot endanger their livelihood by coming up with any stringent legal norms

Kenny: Richard, you perhaps interpreted our arguments in wrong way and becoming too quick to conclude the discussions. Our arguments were focussed towards demonstrating conditions of these workers and in no way represented any sort of wrong doings by their employers. It’s important for any kind of democratic government to come up with methodologies to provide its citizen not just way of life but good quality of life

Rick: I think Kenny is moving the discussion in the right direction and I would like to answer Richard’s concerns about employers. On comparison of national sample survey data from 1999-2000 and 2004-2005 it was found that while employment increased between these years, employment in formal sector was nil or even negative. It means that employers are now circumventing laws to recruit people informally for all core jobs without paying them any kind of social benefit or even minimum wage in certain cases 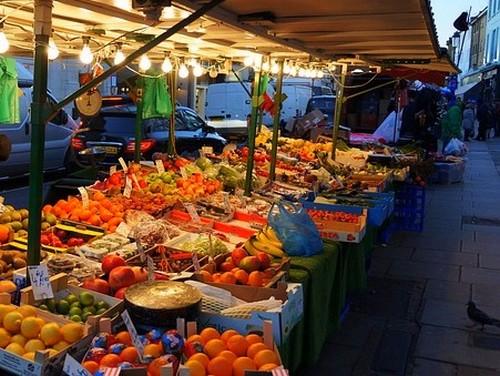 Peter: Friends conditions are dire in the country and while we often celebrate about the people coming above the poverty it’s quite interesting to notice that people are still in group poor and vulnerable and have not jumped to middle or high income group. Their movement is just about 0. Friends at this point we have to decide that is economic growth really just about GDP. What’s significant of your growth rate and GDP when about 80% of your employed persons couldn’t enjoy any sort of social benefits?

Sue: Friends, it’s not that government is not working in the direction. Various schemes such as NREGA have been implemented to bring these workers to formal set up. It’s all about providing an individual with dignified manner of work

James: Friends when we talk about unorganised sector workers we often forget about own account workers who are working in their own tiny establishments with the aid of the family members. They get their raw materials from local traders and supply the finished products to small and big establishments. They don’t get any sort of trade protection and big firms in order to get cheap finished products exploit these small traders. Friends if we count the unpaid family members involved with any such tiny establishments these people are even not earning minimum wages. Is it appropriate for government to call foreign companies to make in India just to exploit these poor workers without any consideration for fair trade practices? Here we too forget the fact that these workers in small establishments often end up working more than 14-16 hrs per day to complete their targets. We talk about factories act and welfare acts, friends no such thing for them at all no canteens, no work break

Sue: Friends it also a matter of concern that these people don’t have powerful representation in spite of being such large proportion of work force. They are not represented by powerful trade unions and federations. One of the reason for the same is they are greatly scattered and could not afford time to be part of union activities. It’s part of responsibilities of union to get to them through their strength and include them in their union

Unorganised sector occupies major share of employed people. Majority of them are in agricultural sector although people are migrating from agricultural to non-agricultural sector due to rise in manufacturing firms. These people either working separately as entrepreneurs or in any firm are barely making minimum wage and not getting any type of social security and benefits

« Women are Better Leaders than Men Fate of Ecommerce »
Important Group Discussions
Share this Page on: