6 people are having a discussion on the topic (Amita, Matt, Rahul, Divya, Saket, Tejesvi)

Matt: Good Morning friends, topic for group discussion for us today is fate of e-commerce industry. E-commerce, with its new wing, m-commerce, in last few years, has seen a dramatic growth. I believe there are many reasons for this development.

Amita: Absolutely, major instruments that have led to this growth are- internet penetration in India, growth of IT and availability of cheaper smart phones.

Rahul: Yeah, adding to the point, India is one of the top retailing markets in the world and among the fastest growing. Coupled with that is its online penetration, which is nearly 60% now.

Amita: Also, the major factor is the change in mentality of young generation, who leave their hefty jobs for their startups, this is coupled with their risk taking abilities.

Divya: I agree with these facts, however, one of the top market in e-comm industry is of India. Internet base here is growing a whopping rate of 40% per year, and ranks third after China and United States only. Still, despite of this huge potential of this platform, this sector continues to perform below expectations. All the major companies are under losses. This is a big question, which needs to be answered.

Tejesvi: That is so true. More so, break-even for most of e-comm startup players in India is at least five years away. Even the market leaders like, Flipkart, Myntra, Jabong, Snapdeal etc. have not made any mark.

Saket: Problem starts with the demand of online customers today. They look for sweet deals that include freebies, such as no shipping costs, COD options, and newer and newer inventory. This turns out to be a vicious cycle, and so companies report very high rate of rejection along with the enormous logistic costs. 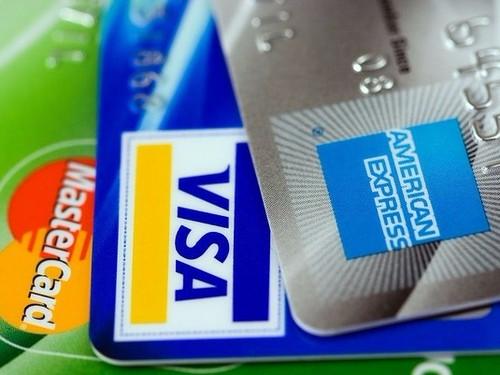 Rahul: Still, companies like Flipkart, which is sought to become India’s Amazon, has received a huge funding, which nets up to $160 million. This is a big deal for the company.

Matt: Yeah, the eye is on the people living in second and third tier cities. They will start shopping online, again thanks to the penetration of internet in such cities. Facilities like cash on delivery, 30 days return policies have led to a big revolution in this industry.

Amita: Coming out of conventional business, e-comm players are constantly trying for innovations. Flipkart has switched towards a marketplace model. It is now allowing third parties to use its platform to sell products directly, getting some cut in the profits. They have made some efforts in launching their digital wallet, PayZippy as well.

Saket: Given all that, online retailers, still makes money only when transaction actually happen. Currently, people only browse these websites, these web apps, gets the information related to prices, styles etc., read reviews. As a result transaction sizes are very low.

Tejesvi: Exactly, consumers in India have no loyalty, they play only on price.

Divya: Given everything being available on just one screen, in e commerce, it is easy to shift store to store and see prices on all stores simultaneously. It takes just a few clicks of your mouse or a few taps on your smart phone screens.

Saket: And hence, e-commerce players can never have good margins and earn profits, otherwise another player will undercut them and take all the business.

Matt: You are actually right, a recent report that I read a few days back suggested that there is space for only one player in multi variety online retail in India

Tejesvi: Given this point, there may be other niche players, but other end to end players will be forced out. So, the fate of either flipkart or Amazon looks dim for the future.

Amita: I understand whatever we talked so far, however, to say that future of these major players look dim is a bit harsh, and a bit early to comment upon.

Rahul: Yeah, a lot of funding is going into these firms, a lot of innovation is coming up like, COD, app offers, etc. They all are eyeing a huge profit in near future.

E-commerce, along with m-commerce is a new sector, which has seen tremendous growth and opportunities in the market. Given that people prefer shopping sitting at home, this market looks to grow. However, the issue is with the feasibility of the players. There have been significant innovations, significant additions in whatever time that e-commerce players have had so far. There have been huge investments and funding towards the development of these players, however, this industry still has not shown any hint of profit so far. It is estimated that in a few years they would show some turnout. Given all the facts, it is best to leave this on the fate and wait for the future about what would happen to such huge players. For now, as it is a bliss for the customers.

• Pizza Hut was one of the first major brands to experiment with online commerce, starting in 1994.

• India is home to the fastest growing ecommerce market, and France is experiencing the slowest growth.

• ‘Apparel and Accessories’ is the fastest growing ecommerce sector of the 9 major categories.

• 26% of all products added to cart are abandoned and never purchased.

• 44% of smartphone users admitted to “show-rooming” – They browsed products in brick-and-mortar stores, picked what they liked, then purchased online.

• India is almost 10 years behind China in the e-commerce space. China’s inflection point was reached in 2005 when its size was similar to India’s current market size.

• Forget the Flipkarts, Snapdeals and Amazons. Travel is where the real money in India’s e-commerce is. Online travel accounts for nearly 71% of e-commerce business in India. This business has grown at a compounded annual growth rate (CAGR) of 32% over 2009-13.

• Alibaba is an outlier when it comes to margins and making money in the e-commerce ecosystem. The Chinese company makes an operating profit of 40% compared to industry standard (US and China) of 8-10%.

• For every Rs 100 spent on e-tailing, Rs 35 is spent on supporting services like warehousing, payment gateways, and logistics, among others. Delivery costs a platform owner 8-10% implying significant burn.

• Demand in India exists across 4,000-5,000 towns and cities, but there is no significant presence of physical retail in almost 95% of these.

« Unorganized Sector - Most Under-Served and Unprotected Workforce Make in India vs Make for India »
Important Group Discussions
Share this Page on: