5 people are having a discussion on the topic (Sameer, Kathy, Harry, Rachel, Chris). The GD topic is Volvo- From internal combustion engine to hybrid & electric cars

Kathy- Hi everyone! The gd topic today for our group discussion is about Volvo cars partially or completely shifting to electric cars and hybrid cars and stopping petrol or diesel variants. This is a massive decision taken by such a big automobile company and can have a serious impact on the industry, peripheral sectors as well as the environment.

Sameer- Hi. I agree with Kathy. This is a big disruptive decision taken by such a large company at such a large level. Before there companies like Honda and Toyota have been manufacturing hybrid cars but at a very small volume. Also, Tesla cars has been a pioneer of electric cars but the penetration of the brand is restricted. But for the first time, one of the leading car companies Volvo has taken a tremendous decision which can lead to severe disruption in terms of car sales, prices, services etc.

Harry- This is a big decision by Volvo but a welcome one. Automobile companies have been experimenting with hybrid and electric cars since a long time. However, despite having non combustion engine cars since 2005, the penetration of these cars has only been 2 million till date. Also, like any technology the prices would eventually come down for these cars as the competition increases. Hence the move by Volvo is significant and if competitors follow suit it can be a game changer in the car industry 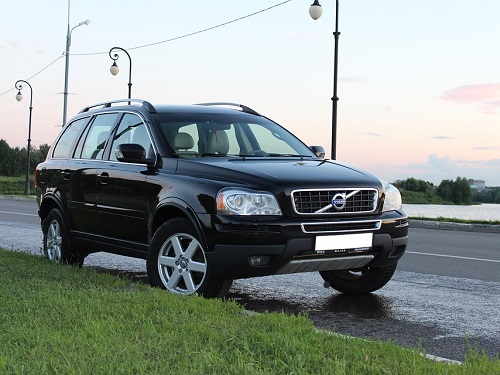 Kathy- That is correct. However, this would also trigger many more changes. The direct impact would have to be borne by gas, petrol and diesel companies as their consumer business is mostly driven by cars. If majority cars become hybrid or electric, it can reduce their business.

Rachel- Hi everyone. Even though the decision is a brave one, I think the business of fuel companies wont be affected directly. This is because if electric cars replace petrol or diesel cars, more electricity would be required. And that eventually would be fulfilled by gas companies along with coal companies. As per a stat, 40% of the electricity is generated by coal and 20% is contributes by gas companies. Hence if electric production is increased, it would have a positive impact on gas companies as well.

Chris- That definitely is a good way of looking at it, but imagine if all cars would go electric. That would reduce the volume of gas consumption and hence the profits of gas companies would gradually decline. However, lower prices would benefit the customers as well as enterprises.

Harry- I feel the one important thing that we all are missing here is the good impact it would have on the environment in the long run. The number of internal combustion engine cars in the world have increased significantly in the last few decades and has caused harm to the environment. Adoption of hybrid and electric cars which are environmental friendly by automobile giants like Volvo, would ensure that the environment doesn't deteriorate faster.

Sameer- I agree. The lesser use of petrol and diesel cars would significantly reduce the carbon dioxide in the environment. Electric and hybrid cars from Volvo in a large number would not emit harmful gases. This would also be preferred by consumers who are pro environment. I also feel that such a massive decision should be backed by governments and global agencies like UN, so that their are cost benefits for companies and price benefits for customers.

Rachel- In the long run, this would ensure cleaner and cheaper modes of transport. Hence it is a welcome decision by Volvo.

Chris- All these are positives of the decision taken by Volvo. However, such a mass scale decision can also have serious repercussions on the company. Taking Toyota Prius hybrid car as an example, the car has not been able to sell in huge volumes despite being an environmental friendly vehicle. If a similar fate is met by Volvo vehicles, it can send the profits of the brand crashing down. First mover has its advantages but also throws your strategies in the unknown.

Sameer- I beg to differ on that one. People are definitely more environment conscious these days. And also have a good purchasing power. Hence there is a huge market potential which can be captured.

Chris- Thats my point exactly. If there was such a huge market, why didnt Prius do that well? Why isnt Tesla a global car leader in terms of units sold? There is still a perception among people that hybrid and electric cars are not as good as petrol or diesel versions. And also there are more costly. Hence it can be a huge gamble which Volvo is taking.

Kathy- There is definitely a risk but would not call it a gamble. The market is evolving and so it the technology. Governments are gradually moving from coal and gas as power generation sources to solar, wind and nuclear. Similarly, Volvo's decision to have electric and hybrid cars can be a historic decision in the way cars are made. Hence there is a certain element of risk.

Rachel- Even governments have been focusing on moving to hybrid cars. As per an estimate, by 2040, approximately 35% cars would be electric or hybrid. Hence all these market researches also prove that there is a market which Volvo is looking to capture at the earliest.

Volvo cars is looking to manufacture only electric and hybrid cars instead of internal combustion engine cars 2019 onwards. This can be a big move by one the leading automobile companies and brands like Toyota, Volkswagen, Honda, BMW etc would eventually follow suit. The positives would be cleaner fuel, no harmful emissions, better environment, reduction of fuel prices etc. However, there is a risk that Volvo would not find enough customers if the prices are high. Also, fuel companies would lose out on a significant consumer market as demand for petrol and diesel would decline. None the less it is a brave move by Volvo and a welcome move considering the positives for the environment.

• As on 2016, there are 2 million electric cars on road globally