6 people are having a group discussion on the topic (John, Adam, Garima, Watson, Brian, Mathew). The Gd topic is Brexit - Good or a Bad Decision?

John: Today we have the GD topic on Brexit. I want to start Brexit by first answering the question what is Brexit? Brexit is the move for withdrawal of United Kingdom (UK) from the European Union (EU).

Adam: Yes, Brexit is as you defined and as per the referendum in June 2016, 52% votes were cast in favor of Brexit i.e. in favor of UK exiting from EU. Remember UK has now officially exited after transition ending in Dec 2020.

Garima: The call for Brexit is not new. It has been there since 1990s but in 2016 it actually went into referendum. In 1975 there was referendum and EU membership was confirmed but now over the years calls for this exit have increased and Brexit seems to be a reality.

Brian: I would like to bring in a new question what exactly is European Union and then we can understand the dynamics for Brexit. European Union is a political union which consists of 28 countries. They all follow something called Single market concept which makes the entire area under EU as one. This single market guarantees free movement of trade, people etc. We all are aware of their single currency called Euro and also single visa process called Schengen. Not all countries follow this strictly though.

John: The United Kingdom joined the EU on 1st January 1973.

Watson: Let us discuss the present scenario of Brexit. The Brexit referendum saw almost 70 million people participating and net result of 52% voting in favor of exit from the EU. Immediate effect was that the PM David Cameroon resigned and was replaced by Theresa May. David was against Brexit hence resigned. Let us try to discuss the effects of Brexit on UK and the EU.

Brian: Yes, Brexit is a big change for both UK and EU. All who were voting against the Brexit were worried about economic impact of such huge shift. It would result in economic crisis affecting markets, real estate, employment etc. 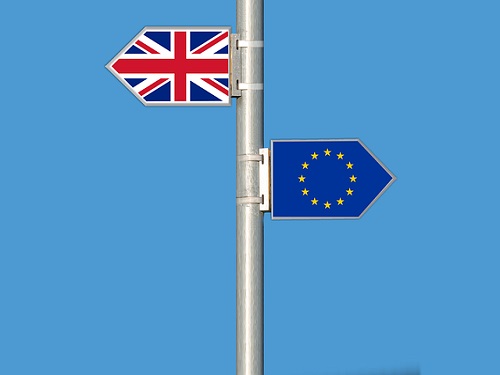 Mathew: Immediately after the referendum, the pound (UK currency) fell. There was lot of debate on the Brexit. It was the biggest single news in June 2016. Inflation has also increased.

Brian: But overall after the Brexit, the impact has not been as many were predicting. UK as an economy is stable and has grown in 2016.

Adam: Yes, I agree but being away from EU would result in isolation. There were many benefits like single market, free movement etc. for member states. This helps the economy and boosts countries growth and security. EU is a great model for sustainability.

Watson: Also after Brexit, many people who were thinking of moving to UK would reconsider. Immigration would be affected. Also there are many EU people working in UK and vice versa. What happens to them? Do they shift back to their countries leaving jobs and home as the laws would be changed. This is not good for economy and trade. EU still is huge union and they would benefit from remaining member states.

John: UK has its internal problems also which may rise even more after Brexit. UK comprises of Scotland too which is trying for its own referendum for independence. Scotland wants to remain in EU for its single market.

Mathew: There are many other small things which may require lot of work to sort. There are people living on either side of EU and UK who trusted the single market and free movement to set up their lives as if it were a single country. If Brexit is to be happen how both sides would handle assets, loans, movement for so many people?

Garima: So as a group we somewhat agree that Brexit seems to be not so good decision but then how come 52% people voted for it?

John: It has been mainly possible because of UK independence party who campaigned strongly for Brexit.

Brian: Wanted to put things to perspective, it will still remain difficult for the steps to leave EU. The UK needs to invoke article 50 of treaty of EU. After invoking article 50 there is a time of 2 years for negotiation between and EU and the exiting member (in this case it’s UK). It was not invoked in 2016. It is planned to be invoked anytime now. Brexit transition ended on 31 Dec 2020 which gave enough time for both sides to see the effects of Brexit, understand them and work on them to make sure no one suffers a lot and especially the people should not lose in this exit.

Garima: I agree with Brian. The main thing to see here is that people voted in favor of Brexit and it should be respected. Both sides should come together and sort it in most efficient manner.

John: There can be another voting too.

Mathew: As of now there is no chance for the same.

John: Concluding the GD, we can all agree that Brexit seems to be a tough decision for both UK and EU and can have lot of repercussions for both sides especially UK. But having said that we should also remember that the decision came after a proper referendum in which majority votes for Brexit.

Brexit came more as a shock than surprise for most of the world. It resulted in immediate resignation of then PM David Cameroon. The Brexit however is result of 52% people voting in favor so it is decided by the people rather than some party. Now both EU and UK should work on the negotiation and understand the pros and cons. As per the article 50, there are 2 years after the notice after which the member can totally exit the European Union. Uk left EU on 31 Jan 2020 and transitioned till 31 Dec 2020.

1. Brexit is made up of Britain and Exit and stands for UK exiting from the European Union.

3. EU is a political union which is made up of 28 countries mostly European.

5. UK needs to invoke article 50 of EU after which there would be 2 years of negotiation and then the exit would happen.