GD Topic - The Internet is an Exercise in Hype

Bob: Hi friends, I would like to start this debate on whether or not the Internet is an exercise in hype. I am against the notion that is presented in the topic and believe internet is a necessary resource in all walks of life. Education, Infrastructure, Health, Banking, name any sector and we would find that the use of internet is inevitable and essential. I will go to the extent of saying that our daily life will come to a virtual standstill if the internet goes down even for a few hours in a day.

Carl: I agree with Bob. The communication systems are heavily reliant on the internet. Internet is like a soul to the computers and smart phones. Without internet they’re empty boxes without much productive use. With the advent of digital communication based on the internet, we’ve opened up opportunities and access to better health, lifestyle and careers. As we progress, we will become more digitized and the impact and role of internet in our daily life will only increase. 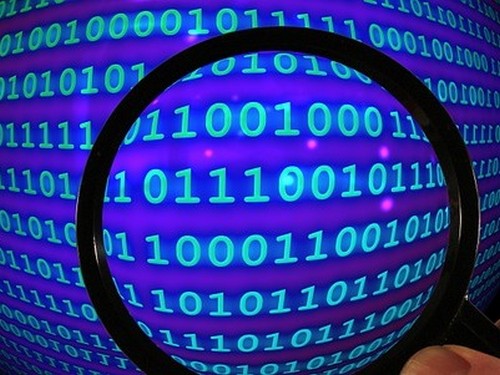 George: I am sorry but I beg to differ with the two of you. While the internet has opened up opportunities, we’ve created more dependency than we needed to, and that humanity has functioned over 99% of its existence without the internet is word enough to prove that it is not ‘inevitable’ but is hyped.

Adam: I second George. We’re now more addicted to technology than ever, and the advancement of the social media platforms has disturbed the focus of today’s youth with culture of a distinct social identity gaining importance over real benefits that could be reaped off the internet. Adding to that, the recent incidents of people risking or losing their lives over fights on Facebook, clicking selfie’s on a railway track are disturbing signals.

Bob: There are always two sides of the coin friends, and I believe we should focus on the advantages of the internet and not surround ourselves with the downsides of how people misuse it. After all, the merits of the internet are far too superior to neglect the downsides and the misappropriations by users. I believe as humans who created internet and the associated good and evil things, we should exercise our judgement in the best way to derive maximum benefits from the technology advancements that happen in our life.

Diane: I agree with Bob too. Internet has truly globalized the way we live. Our businesses are now more efficient and that has resulted in reduced cost of living in the largest of our cities and has in result given us an improved and efficient quality of living. It has empowered ordinary  people living in third world countries even in the most remote places that too in the least possible cost.

Eric: I agree with you partly. But differing from the general view of yours, while most of us have known the internet and its advantages, we’ve hyped it beyond what it really is. The internet is merely a tool that could facilitate easy transactions and data interchange, but it comes with its limitations and it is not an inevitable tool.

Fred: Exactly, Eric. When we have functioned for thousands of years without the internet, certainly it is not something that has been the only instrument that has facilitated growth and development of mankind. Instead of leveraging all our available resources into the development and modernization of the internet alone, we need to invest our thought capital into alternate technologies.

Carl: I believe that the hugely shifting trend of the technology and world interest towards the internet is for obvious reasons; that the internet is our future and it deserves the attention that it has gained over the years. Recently, we’re progressing to witness the “Internet of Things”: a proposed development of the Internet in which everyday objects have network connectivity, allowing them to send and receive data

Diane: The Internet of Things (IoT) is becoming increasingly prevalent in everyday life through wearable devices, appliances, cars, insulin pumps and a range of other objects, and is changing the way companies do business. I believe we’re headed towards a highly Tech Savvy future.

Fred: With IoT's amplified presence and companies' growing interest, however, comes increased concern over the security and privacy implications of having so many connected devices. The issue has been hotly debated among IT professionals, and remains one of the biggest drawbacks of the current proposition of the Internet of Things

While we’ve been growing as a species for a better part of the millions of years we’ve lived, the advent of the internet has multiplied this growth by multiple folds and we’re accelerating towards a greater future. At the same time, it is imperative to keep searching for an alternative to the internet as we cannot rely on it alone to drive our future.

• 3.2 billion people in the world use internet

• On an average, 200 billion emails and 3 billion google searches are made every day

• 61.5% percent of the internet traffic is caused bynillegal traffic softwares while the rest by humans

• The total economic impact of internet of things can reach $3.5 trillion by 2025 annually